I'm Volvenom, it turned out to be impossible to revive my old account since I can't figure out what password I used. I just made a new one. Here's my old account: http://www.colourlovers.com/lover/Volvenom

All downloads are available on my blog: www.volvenomtullarask.com

New year and a year since last time almost. Last update with some new projects for 2015/16

Project 010116 finished today february 13. 2016.
Since it's so close to the time it was finished, I find it hard to select only 2 pictures, but you can see more of them on my blog. 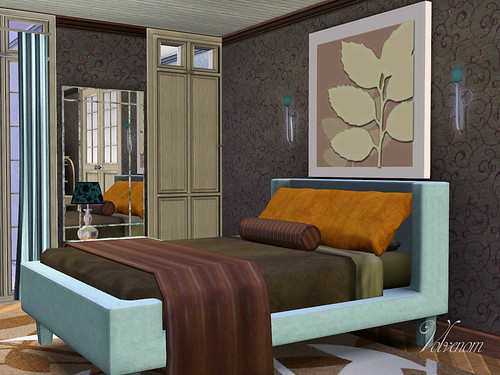 This is again a fusion project. This time on medieval, maurish and modern. I'm getting less and less proud of the architecture, but I usually only post interiors here so, hehe. 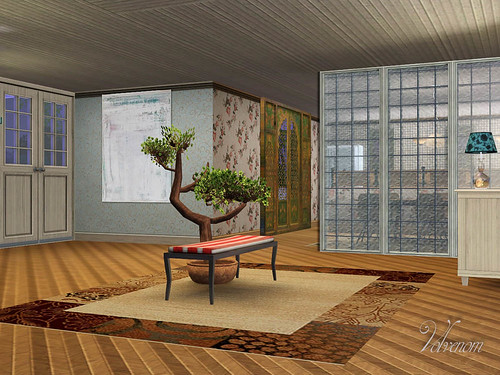 The missing month from last year was filled with projects of game limitation testing and I was trying not to take on too big things. Because from may to september 2015 I was very sick and didn't have that much energy for building and decorating.

Project 261015, october is an apartment building with retro influenses. 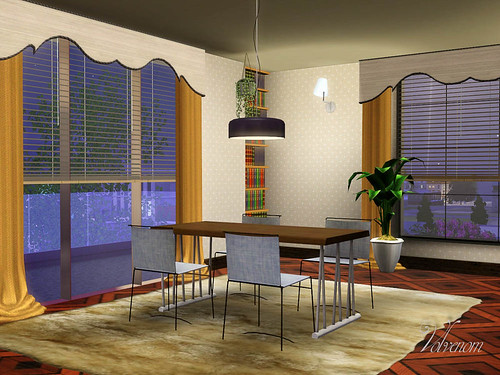 I'm using some of the content from the game makers on this house, that's the reason for those curtains among other things. Not that I have a problem with the curtains, it's just one of those things as a creative person. I can't get rid of it, but why should I? 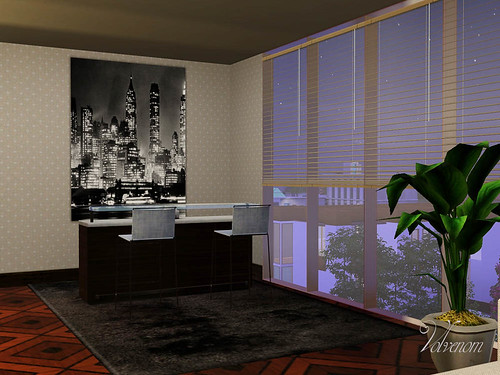 Making apartments in this game is an added challenge, as they have to work as apartments for the gamer. I don't mind challenges though, in just the right size though. Timing is also important.

Project 150615, june and I'm making up the Barcode district in my home town. 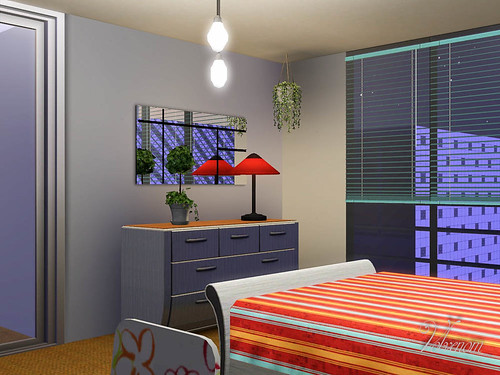 Looking back on this now, what a bright thing :) 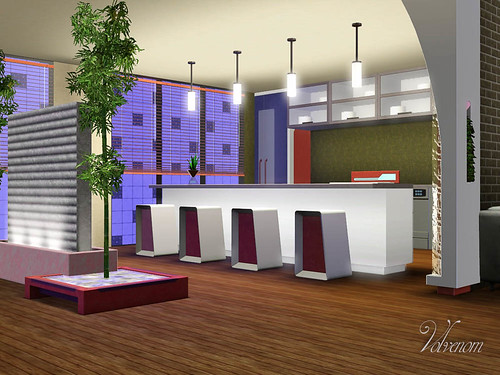 It's an apartment building with two different flats. This big one is more masculine in style probably.

Project 230515, may and I made an apartment building with lots of content in it. 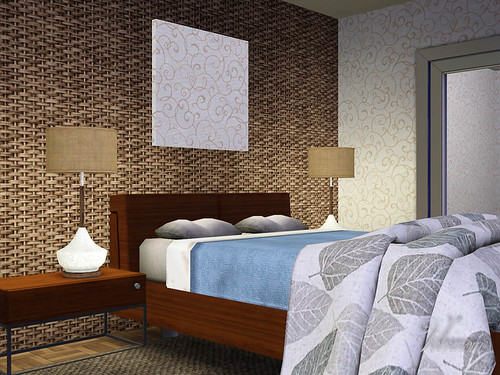 Lots of natural material, but as always I need some color in here. 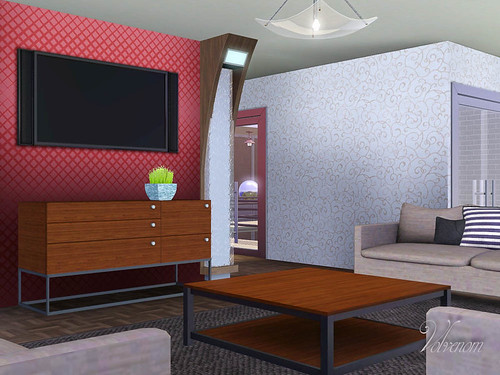 New game came out a bit before this. I wasn't all sold from the start, as you can read from last update. What can I do as a creative person with this? I doesn't have white as I'm used to, and it looks so fantasy game like. I like it more realistic, despite the fact that the old version is heavy and don't run well on laptops. Who cares about laptops when I can't do my creative stuff? :) 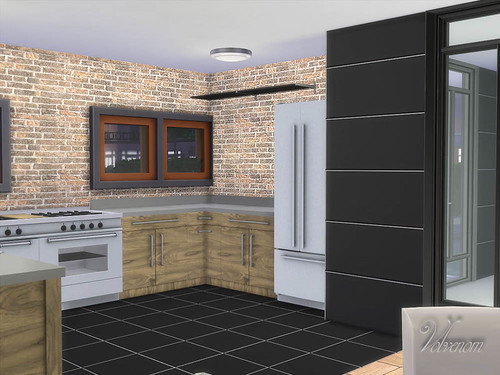 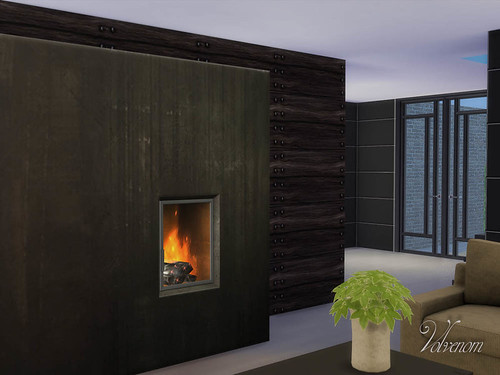 I find the fireplace quite fascinating.

Project 300315, march is testing the new games new features at the time. 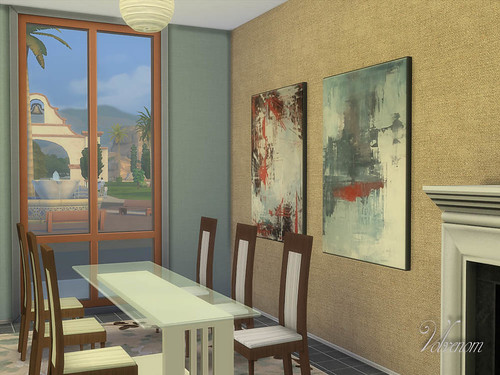 I'm a bit limited by the availability of downloadable content when I'm choosing a style, and I can't recolor it. 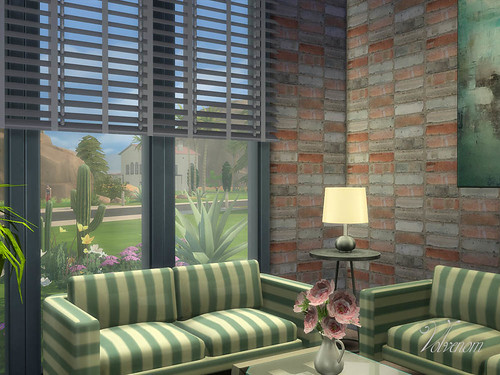 Back in the old game.
Project 100315 from march 2015 the perhaps most insane fusion project to date. Modern concrete and Boheme? 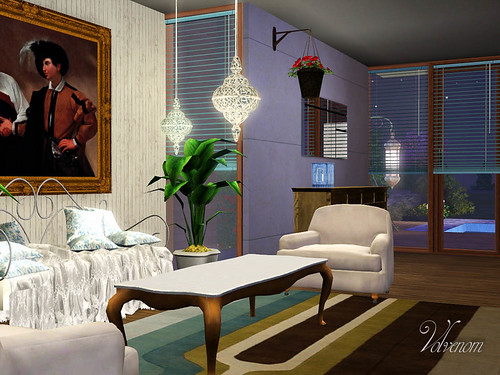 The house is full of downloads by different creators. I have done my changes on the colors for each mesh. Unless it's pictures, recoloring paintings isn't really something I do. 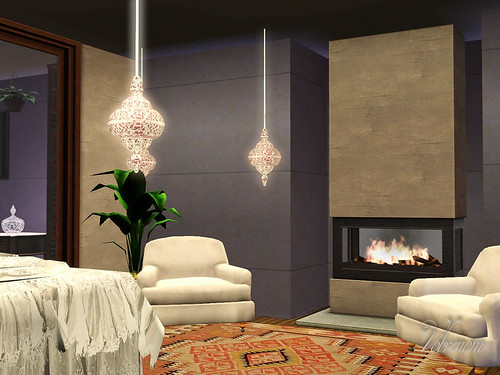 It's a house for those who likes possibly a combination of relaxation and massive overgrow? ... or something.

Lets start with 170115, my first house in 2015. Cella House started as a technical challenge. I thought I had too little of that lately. Then it continued as a fusion again. This time between factory bricks and fluffy luxury velvet. 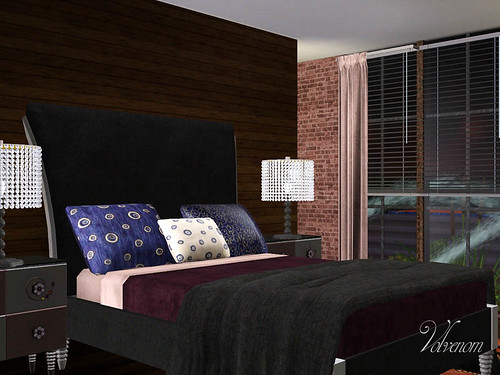 If you think there is very little to see out the window, that is a part of the technicality of this building. It's the sacrifice you need to make. 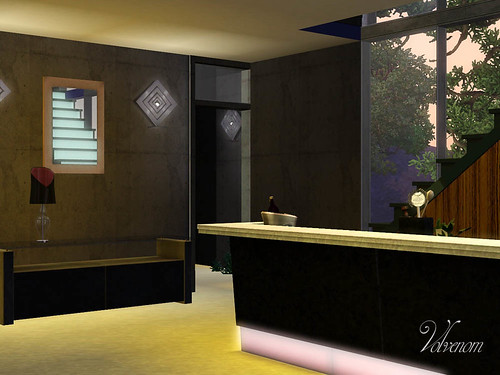 The 030215 is my february project for 2015. It's again somewhat complicated, but it's very big and the downside to the technicality is far more ... well, close to invisible.

It's very much a massive party mansion, with lots of colored lights on a rough stone and metal base, with wood to give it some softness in between. 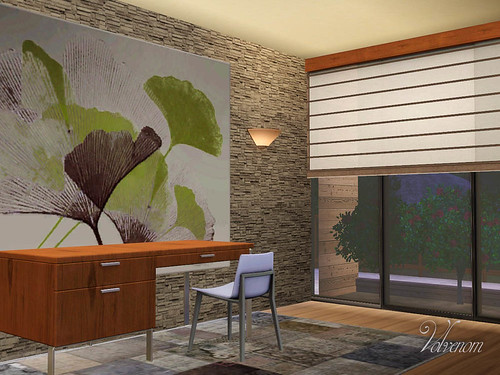 The 260215 started late in february, but it's a smaller project and thus take less time to make. It's a far more inviting house probably with it's soft and muted style. 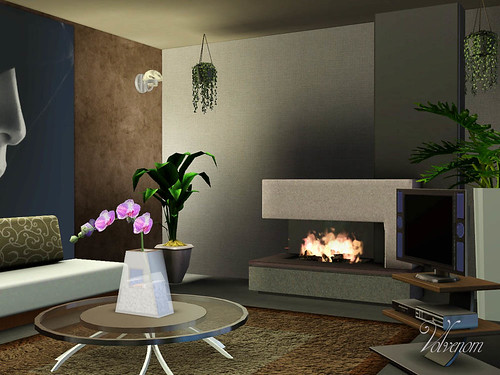 271214 No House is something I made because I needed a techincal challenge.
Download, pictures and description available: https://www.behance.net/gallery/22528717/No-House 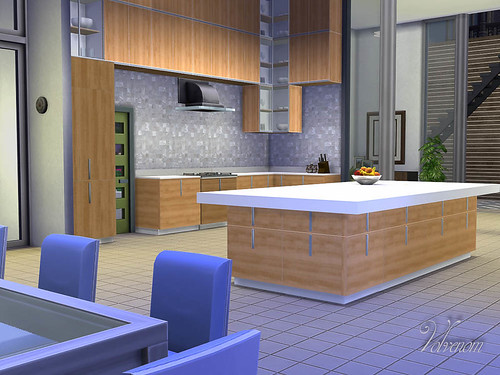 231114 Sator Square has been made in the new game Sims4, it's not as interesting for builders and designers because of the limited customization available. By the help of numerous creators of object meshes with useful recolors I can still make something worth while with a bit of work. 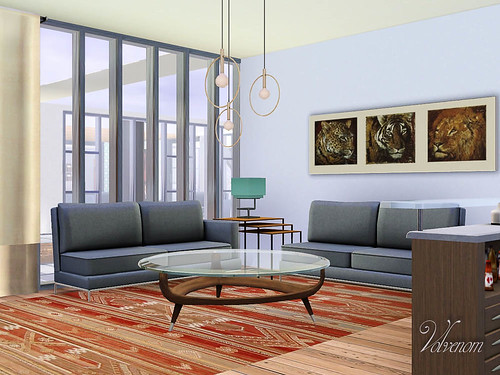 191014 is a modern mansion in the minimalistic Functionalisme style from Scandinavia. It was very popular in the 1920/30. The way I like it it's a white sensual style with rounded balconies and corners, and strategically placed windows. I took some inspiration from LeCorbusier, he was very keen on window placement, like long hallways with windows at each end, making sure you always had something to look forward to :) 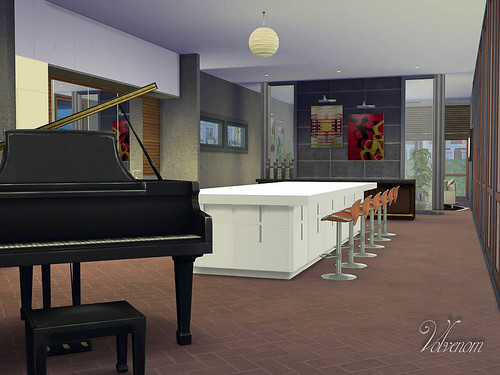 291114 is a lost house in Industrial style, concrete, wood and steel. I was planning on it being less inviting and more business like than what I had done before, but then the game corrupted beyond repair, buhu :( 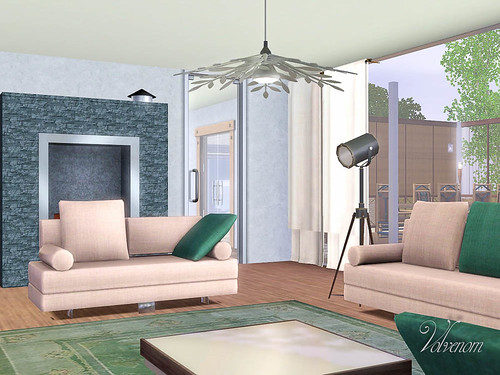 This modern white mansion with a tropical atmosphere was uploaded today and already seems to have ended up many people's favourite. It's a bit technical though and requires some work to fit a lot. For those reasons I don't expect it to have many downloads.
Download, pictures and description: https://www.behance.net/gallery/18624969/White-Ethnic-Mansion 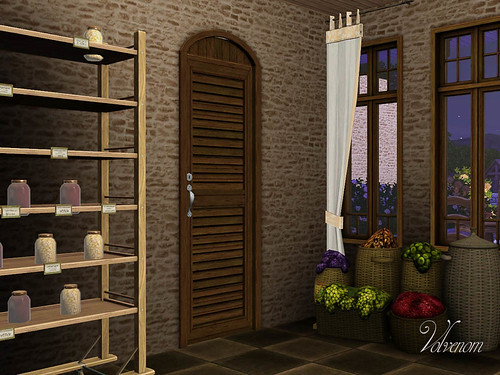 Yesterday I uploaded a very different house with a big farm. This is all about gameplay. The decoration style is Italian delicate hopefully.
Download, pictures and description: https://www.behance.net/gallery/18625323/The-Mill-Farm-Estate
16 Comments
Showing 1 - 10 of 16 Comments
Reply


I used your templates to see how my palettes work together. I try to remember to give a love for each template I use. You have some very nice ones though :)

THank you very much :)

oh yea :) Should I know you from somewhere else? > 3
Reply

thank you! Nice to meet you on here. :)
Reply

I would only be flatterd of course..!Thank you in advance ,dear friend..!Have a great day/night..!
Reply