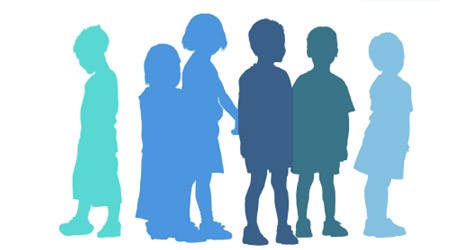 HP has been doing some very cool things around color lately. One thing I recently stumbled onto is their Color Thesaurus. You enter in a color name and it gives you 4 similar named colors and 4 opposite colors. I used the tool to create the basic color wheel info below, but dive in and find out what colors are similar to Rose, Grass, Aqua, Ivory, etc.

The results that are returned are a large color square with a rendering of the color if it was found. If the name was not found, for example “greeb” was entered, then the next nearest color name in terms of edit distance, in this case “green”, will be returned. So no you won’t have to remember how to spell fuchsia. In addition to the colored square are the corresponding RGB and hexidecimal values. Finally there is a note about how common the color name is. Below this are the color synonyms and antonyms. Each column has smaller color squares rendering the color names and the names with links so that you can easily click-through to these names. The results are based on analysis of 20,000+ color name database in English collected from a 20+ language ongoing online color naming experiment.

All About the Colorful @ (At Symbol)
Posted in Articles, Culture, Fun, Guides, News, Popular
12 Comments
Showing 1 - 12 of 12 Comments
Reply

Shame on you, you claim to be a color blog and you leave out indigo?!! It's my favorite!
Team
Reply

I only included the primary and secondary colors in my examples above... the rest of the wonderful colors are yours to explore and play with at the HP site. Happy COLOURloving!
Reply

Wow!! A combination of two of my most favourite things- colour and thesauruses! Um- does anyone else enjoy just reading thesauruses? Or is that crazy of me? xD
Reply

We just finished that other blog about T-Mobile owning the color "magenta".

Input text of "T-Mobile" was not found. Using "torquise" instead.

Turquoise is a synonym, but "torquise" is their color. It's perfect for them. They should have it and others of us won't care that much.
Reply

The results are based on analysis of 20,000+ color name database in English collected from a 20+ language ongoing online color naming experiment.

18,000 colors must have been tossed out during the analysis. I have found well under 2,000 colors in there.
Reply

Input text of "arieleartist" was not found. Using "green mist" instead.

i don't know how i missed this before. what fun.
Reply

my user name came up with crimson. boring. but i put in Julie, my real name and it was not found. using SLIME instead! harumph!
Reply