For most people, color is basic element of our daily lives that we use for comfort, inspiration, practicality, etc. According to the National Institute of Mental Health, phobias and irrational fears affect approximately 10% of adults. Some of those phobias relate to colors being the most terrifying thing imaginable... for those poor people, this color loving website would probably be hell-incarnate. Here are several color phobias and some of color associations with common and strange phobias.

Chromatophobia - The fear of colors.

Chromatophobia is an abnormal and persistent fear of colors. Like most fears and phobias, the fear of color is created by the subconscious mind as a protective reaction. It was likely an emotionally traumatic event in ones past that was linked to colors in general or a specific color. Because the association of colors to that traumatic event is so strong, when subjected to colors later in life the unconscious mind brings up terrible feelings. The phobia affects people in different ways, with some experiencing the suffering all the time and others just to direct stimuli.

Coulrophobia - The fear of clowns.

Ablutophobia - The fear of washing or bathing.

Trypanophobia - The fear of needles.

Arachnophobia - The fear of spiders.

Selachophobia - The fear of sharks.

Caligynephobia: The fear of beautiful women.

Somniphobia - The fear of sleeping.

Pediophobia - The Fear of dolls.

Were you looking to add some frightening colors or icons to your project. Check out Creative Market for some terrifying downloads. 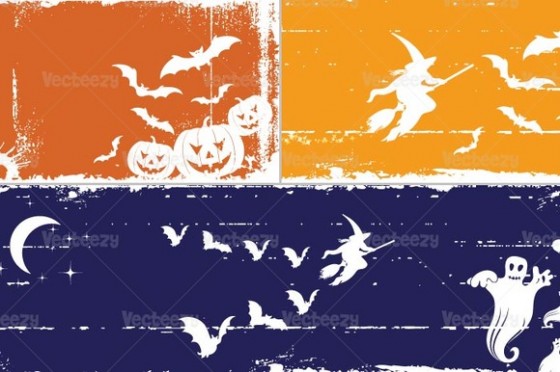 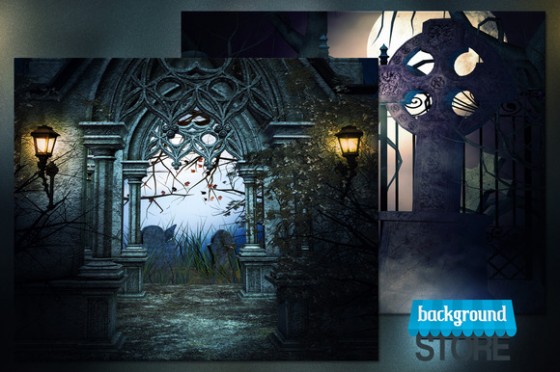 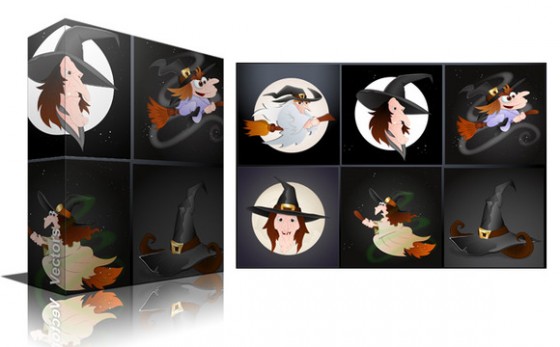 yikes. I think my stomach turned at almost all of those photos... especially the clown. Especially THAT clown.
Reply

There's also a group about scary colors: Scary Out There Group

And by seeing Freddys sweater I have to post this one:

anyway, I'm trypanophobic and arachnophobic... seeing a spider will send me screaming and the thought of getting my blood drawn or getting a shot will make me cry... :[
Reply

Very interesting post, I actually have a phobia of mirrors. But there we go.
Reply

Oh no... Pennywise is after me again. I read IT at age 10, and I haven't been the same since. A warning about that pic next time please.
Reply

Very nice article!
Reminded me of a correlated theme, that of color blindness, (film: Color of Night).
Love!
Reply

Neither Arachnophobia nor Selachophobia are rational fears. There are very few, if any spiders that can kill you. Black widows have the potency to kill a human being... that is MAYBE if it's a several week old infant or the person is extremely ill and elderly. The amount of spider related deaths in the united states yearly might hit 2+-. As for sharks.. world wide the amount of shark related attacks hover in the teens. So both are so EXTREMELY unlikely to be a threat to you that to fear them over something like driving a car or doing just about anything else in your daily life is completely irrational... thus they are phobias.
Reply

Until my twenties, I was Trypanophobic. But seeing that picture almost brought it all back! And I'm awfully glad you didn't discuss Ophidiophobia ...
Reply

oh dear, darius, that was a really creepy post. some of those images got to me... :/

Hmmm... that image of Pennywise is REALLY creepy!!! After watching IT as a child I wasn't able to go near drains for a long, long time. And somehow I ended up with a fear of the school toilets for a while after my sister told me that witches came up the toilets to grab you. This also extended to bath drain pipes - I still get the heebie-geebies when the water draining out makes that horrid sucking/squealing noise!
Reply

Eek...the photo of the needle officially scares me. The general treatment to represent fear is usually dark tone or black & white...well...that is at least my interpretation
Reply

I have to close my eyes to scroll down this thread for fear of catching Pennywise's stare...

(They used to have clowns outside of Subway stores too... I developed a distaste for sub sandwiches almost immediately)

@ Sonia - that movie ruined me for sewer drains too... and newspaper sailboats. The whole thing is just too creepy.
Reply

great article. i wish you would have mentioned some of electrikmonk's phobia series of colours, though. he made a ton of them.
Reply

try this to get to monk's phobia colours.
Reply

Evening colour lovers, i liked all the pictures and the phobias, im knocking on a bit now mind, but up
untill now since Dr Willheim Sheiltonght {Harley street geezer i had to see} back in 1971 first told me
that what i had was a REAL phobia {yeah, i told him that,but he was the one getting £200 an hour,know wot i mean?} Anyway,there still ISNT an official word for my phobia. I,m pretty sure anyway. I,ve had it since my first "sighting" when i was 13 living in Berlin. It was embarassing that day because i was on a school trip {25 of us} in Hamburg, doing some boring crap, escorted round boring crap museeums,by a boring crap looking teacher! It was not untill we stepped out into the main square that i, and another girl called Lixia Doilght saw "IT" and we both froze instantly and i could feel
the{rather pleasant actually} trickle of my warm urine down my legs!!! Lixia Doilght commited suicide 6 years later in Stuttgart by tying a strong rope round her neck and jumped off the bridge to the surprised,and shocked, autobahn users!! To this day i still believe she had another"sighting". What did we see? and we did discuss this together but only when we were both under Hypnosis, carefully monitered by Dr Sheiltong 4 years after incident. We both saw
a bright red and black bearded fangless spider driving a golf buggy on fire whilst laughing in a human way and eating rotting transparent bullfrogs that had been placed on cream coloured
swivel seats. OK, you can laugh,but ive had 16 "sightings" and it aint fucking funny alright. Sorry but i get pissed off people laughing at me allthe time. Except the doctor of course. Thanks for your time and patience colour lovers. Yours Mrs Chelsea hindschick Sheiltonght.
P.s. I forgot to say that Lixia prior to jumping gouged one of her eyes out with her own gold painted fingernails!!
Reply

I'm getting better with pigs, but pig masks send me through the roof. When I was 8 my brother told me a story about men who skinned off pigs faces and put them on their own before killing people.
Reply

I'm not scared of clowns that I know of, but after that picture.. *dies*
Reply

I would show you the palette I made for my phobia but I can't figure out how to add it to my comment :( I'm a newbie
Reply

I wonder if this will work...

I know that it looks vile but vomiting and sickness is vile! So I will not excuse the ugliness of my palette!
Reply

lol When I first scrolled down and saw Pennywise I did, to my surprise, internally jump a bit! Never thought I'd react like that, but then again it's been a long time since I saw his image, and I did both see the movie and read the book when I was pretty young. The movie, (which I saw when I was in probably third grade,) got to me somewhat, and in particular it affected my feeling around sink drains in the bathroom. I wouldn't say I've ever been afraid of clowns, but apparently I cried at a circus when about four or five when a clown tried to interact with me. And I've actually been much more comfortable around spiders than most people I've known, but seeing the movie Arachnophobia in fifth grade did make me leery for awhile of spiders crawling into my nose and mouth while in bed. And it didn't help when I learned that... don't read on if you do have this fear... on average people eat ten spiders a year! My grandma's funny though because she actually enjoys the *pop* noise when she squishes a spider between her fingers. lol I'm similar in that I like the crunch from squishing ants, (only when they're in the house, mind you.)

Isn't it wonderful the way some scary movies not only explore fears, but can very successfully GIVE you them?? Hurray for morbid entertainment! lol

And about what chelsea hindschick wrote: it sounds to me like a demonic vision. I've seen and heard things myself like bulging walls and hearing all the cupboard doors slamming shut all at once by no visible source, among others, and so I do believe you and your friend could have seen something like that and it giving you two the strong reactions that it did. I thankfully was able to send the demon that bothered me and my sister packing through Christ, (no, I'm not a nut, no matter how this sounds to you,) and I think chelsea's trauma can be conquered by learning the truth about the unseen world and the utter weakness that demons have before God. I write this here for the benefit of not only her but of all who read her post. Anyone reading what I've now written can contact me by email at [email protected], as some may wish. Sorry if I've disturbed anyone! :)
<12>