The Colors Of Verner Panton

Verner Panton is considered one of Denmark's most influential 20th-century furniture and interior designers. During his career, he created innovative and futuristic designs in a variety of materials, especially plastics, and in vibrant colors. His style was very "1960s" but regained popularity at the end of the 20th century; as of 2004, Panton's most well-known furniture models are still in production (at Vitra, among others).

Panton was trained as an architectural engineer in Odense; next, he studied architecture at the Royal Danish Academy of Art (Det Kongelige Danske Kunstakademi) in Copenhagen, graduating in 1951. During the first two years of his career, 1950-1952, he worked at the architectural practice of Arne Jacobsen, another Danish architect and furniture designer.

Panton turned out to be an "enfant terrible" and he started his own design and architectural office. He became well known for his innovative architectural proposals, including a collapsible house (1955), the Cardboard House and the Plastic House (1960). Near the end of the 1950s, his chair designs became more and more unconventional, with no legs or discernible back. In 1960 Panton was the designer of the very first single-form injection-moulded plastic chair. The Stacking chair or S chair, which would become his most famous and mass-produced design.

In the late 1960s and early 1970s, Verner Panton experimented with designing entire environments: radical and psychedelic interiors that were an ensemble of his curved furniture, wall upholstering, textiles and lighting. He is best known for the design of a German boats interior, now a famous museum. He is also known for a hotel in Europe that utilized circular patterns and cylindrical furniture.

Additionally, Panton is well-known for his innovative design work for "Der Spiegel," a well-known German publication in Hamburg. 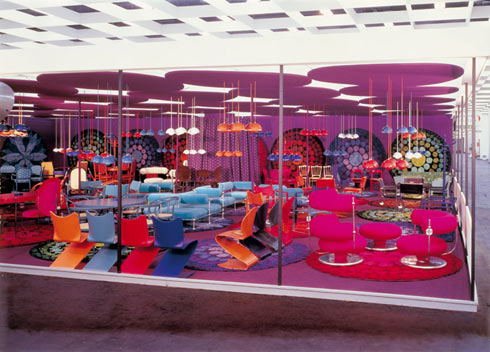 The fair stand designed by Panton for the firm of Gebr. Thonet was not just a presentation platform for the products which Panton designed for the company (see the section on furniture). In addition numerous bentwood classics from the Thonet collection were shown here in unusual colour variations initiated by Panton. Further integral parts of the fair were the Flower Pot lamps and the Marguerite and Roulette carpets.

The furnishing of the Spiegel Publishing house buildings in Hamburg count among the most outstanding examples of Panton’s interior designs and are some of the few that still exist, at least in part. For the famous news magazine which moved into the modernized premises in 1969 in Hamburg’s Ost-West Street, Panton designed the entrance area with courtyard and lobby, the canteen and the bar areas, the swimming pool for the employees in the basement of the building, the rooms for the editorial conferences and the lounges, as well as the colour schemes for the hallways of the administration or editorial highrise buildings. 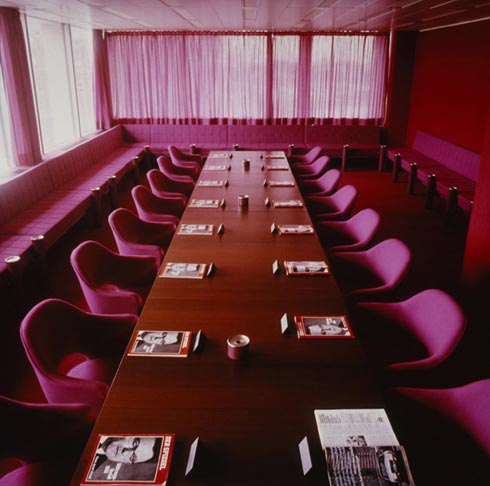 Here again the colour schemes became a major design element, providing Panton’s typical fusion of room design. All designs were his own – lamps, textiles and wall claddings, only the furniture had to be ordered from Knoll International according to his contracts. The specially designed mirror lighting used on walls and ceilings was of major importance. While the swimming pool area was destroyed soon afterwards by a fire and the entry and lobby saw major redesign in the 90s, the canteen has so far remained in the original version and today represents a unique and valuable historic document. 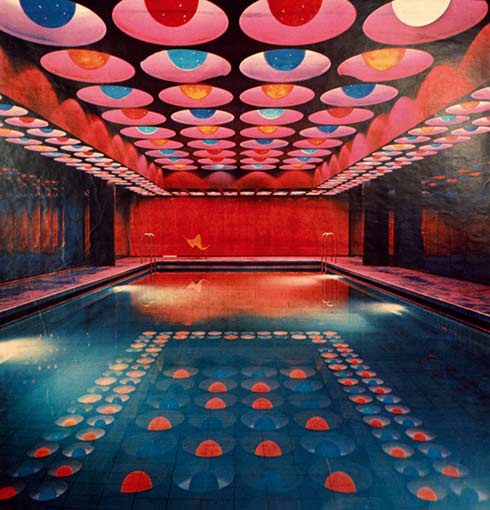 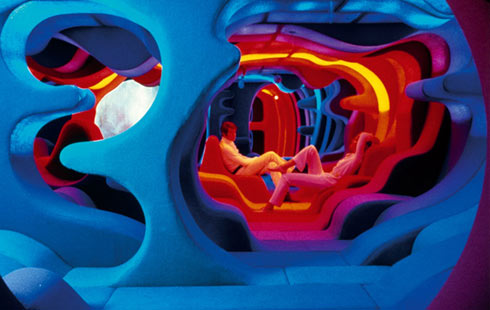 From the end of the Sixties to the mid-Seventies the chemical company Bayer rented a pleasure boat during every Cologne furniture fair and had it transformed into a temporary showroom by a well-known contemporary designer. The main aim was to promote various synthetics products in connection with home furnishings. Verner Panton was commissioned no less than twice to design this exhibition, entitled 'Visiona'. The 1970 'Visona 2' exhibition showed the Fantasy Landscape which was created in this environment. The resulting room installation consisting of vibrant colours and organic forms is one of the principal highlights of Panton's work. In terms of design history this installation is regarded as one of the major spatial designs of the second half of the twentieth century. 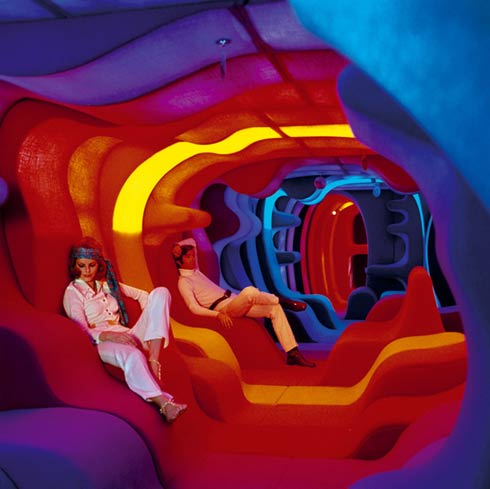 The creative fireworks which Panton lit with his studio within a preparation time of only a few months for 'Visiona 2' is expressed not only in the highly diversified room designs in the exhibition ship, but also in the wide range of furniture, lighting, wall coverings and textiles developed specially for this presentation. Some of these were adapted and went into series production later. 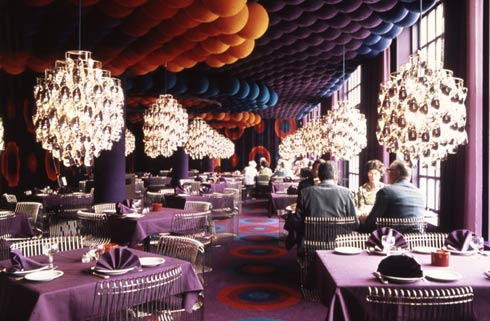 The architectural commission at the Varna restaurant in Arhus was for the interior design. Verner Panton took his inspiration here from the outside design of the building which shows in particular in the round corner columns of the building. Fabrics from Mira-X were used by Panton to focus on proportions and connections, and using colour and shapes gave each room its unique dynamics. 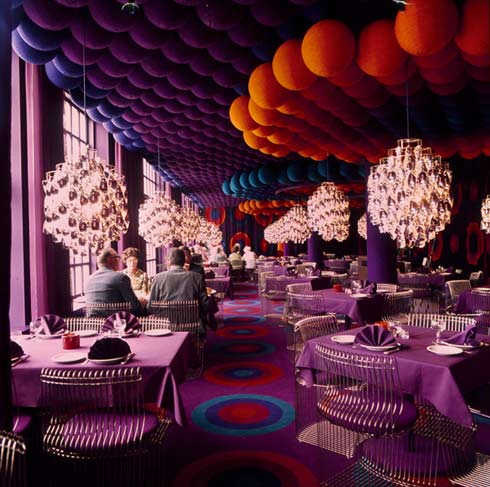 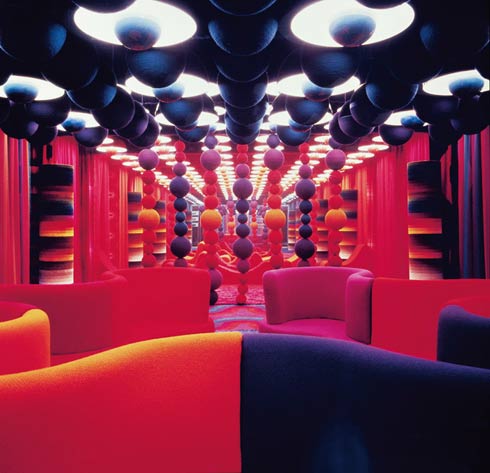 At the 'Heimtextil' home furnishing fabrics exhibition in Frankfurt am Main, the firm of Mira-X first presented the Mira-X set developed by Verner Panton in its entirety. In the atmospherically dense design of the stand, which attracted attention in particular by its vibrant colours, Panton also integrated his own furniture and lighting designs. 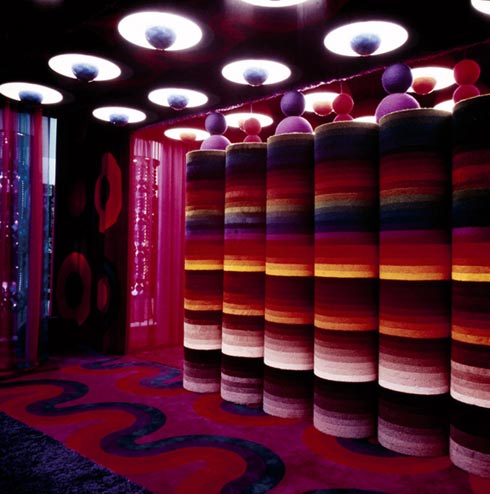 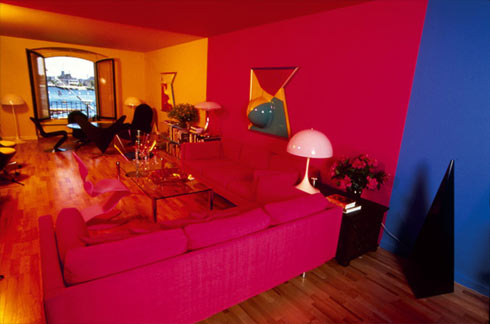 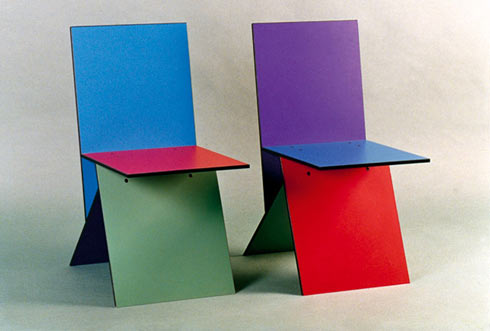 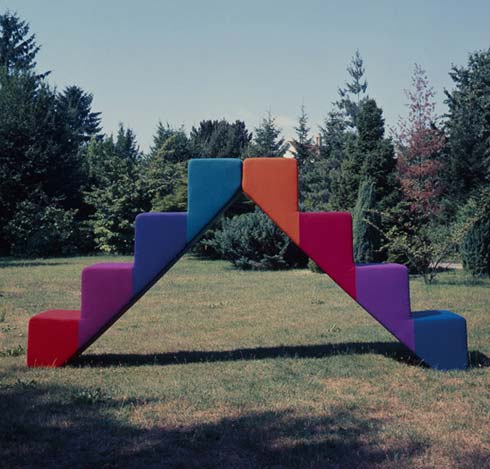 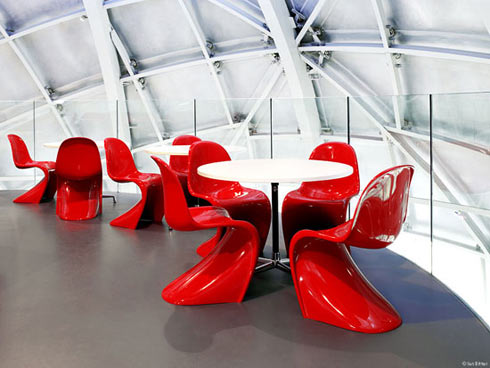 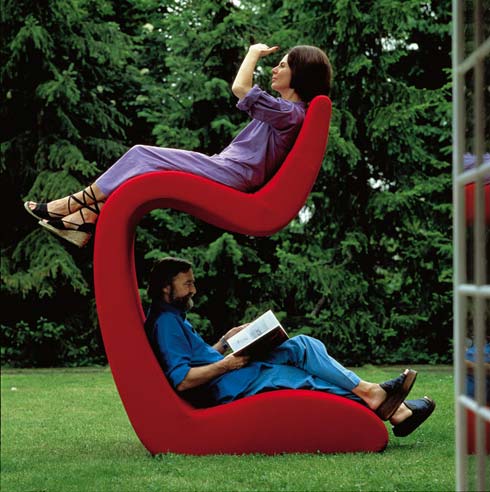 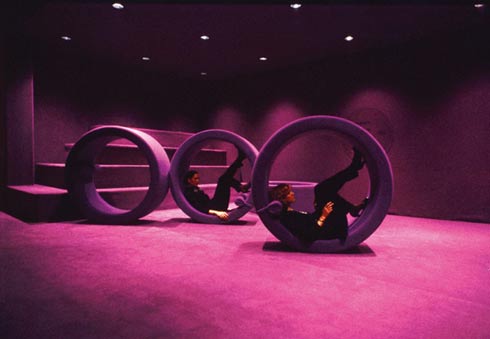 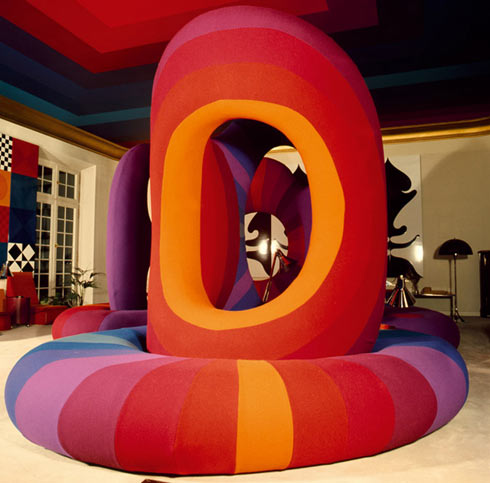 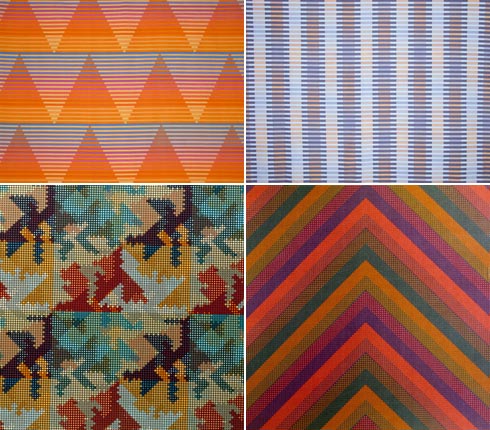 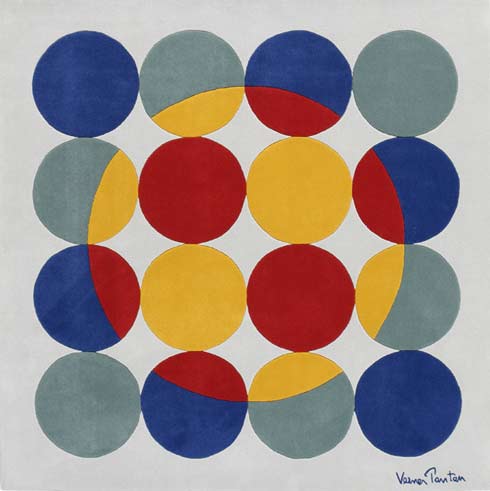 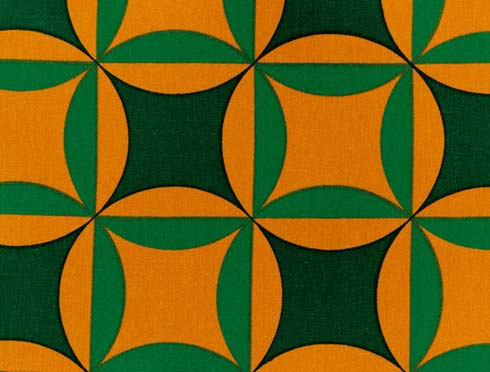 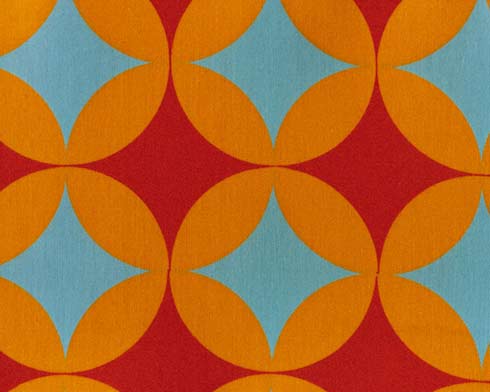 Text and images from verner-panton.com & Wikipedia.

What to pack for your summer holiday
Posted in __PRIMARY-CHANNELS, Articles, Design, News
Easy-to-do DIY techniques for decorating your phones
Posted in Design, News
13 Comments
Showing 1 - 13 of 13 Comments
Reply

Fabulous, What a fabulous revolution. The world had never seen anything like this before this time. You can't imagine now what a plunge it was like to make this quantum leap into future. Previous to this. Everyone marched in step, wore their hair exactly the same, dressed exactly the same, believed and behaved exactly the same. This was the first of making unorthodox choices, going into new, never before explored ideas, concepts, questioning basic long held believes of color, function, forms and shapes. It was very difficult for many to acclimatize to these bold new ideas.. Today, we take new and different as part of daily life, part of a walk down a street, fun, but then it was revolutionary thinking. A basic questioning of fundamentals. But what a fresh breeze it was for youth.
Reply

Man what a weird thing to say.
Reply

It is great to know that designers the age of my mother, Queen Elizabeth, and Marylin Monroe (had she lived!) are able to make a living (that is 83 years old!)

Indeed the colour is wonderful, the concepts interesting, though hardly novel. I don't see that his designs, made in his mid 30's to 40's, moved much beyond that time.

Wow - what an awesome post. That Varna restaurant is amazing!
Reply

stunning! this is so beautifuly colourful!
thank you very much for posting this!
<3
Reply

Really nice post, i like it.What a different different themes and color combination is too good.
Reply