Join in the Colorful Conversations

Looking for answers to your color questions, have some advice to give... or simply want to get to know your fellow COLOURlovers? You're in the right place.

Or, are you talking about blending two blocks together?

This is just the first line of your block above 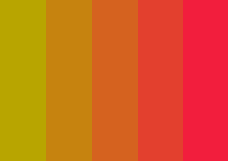 I have a big version also, I use the values of 300px wide and 60px tall, I think it looks more square that way:

It's not as wide though... I would experiment with the second number to get it looking more square.


Or, are you talking about blending two blocks together?

Yes. At first I told people how to make a block.

Then I tell you how to blend your blocks together.
That was to be the basis of this game forum.

I'm using a smaller block size of 200px wide and 40px tall, because I'm going to put them side by side together on the same line.
I've got the two sets of five colors in the first line pasted into the last two code shells on my work sheet. 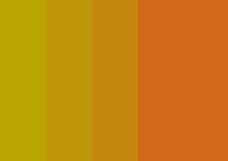 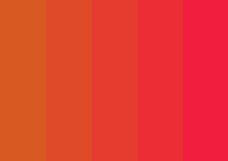 I made a mistake and pasted in the same value for the fourth and fifth color hexes for the first line of code. It should look like this after fixing it. 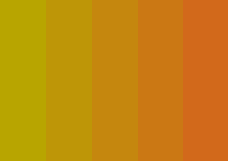 Repeat this process for the other 9 lines.
Making 10 space block blends is really tedious. I get bored easily, so I rarely make more than one or two when I make them, lol
It's easy to pause and come back to them even days later... just save the corner hex numbers, set it up on pourpre.com again, and you can see on your worksheet where you are in the copying and pasting process.
<12>
You must be logged in to post a comment.

Color by COLOURlovers
RE: The Loved Colors Game ❤ ❤ ❤

Color by COLOURlovers
RE: My Color, Your Palette!

YersiniaP
user kowsalya just used a template of mine to create spam and I cannot post the full URL here.
RE: List of Spam Accounts

Tips To Decorate A Bedroom With Unique Themes