Travelling is always a great experience. Between the good memories you make, the beautiful places you see, and the things you take back with you, whether they are photographs or souvenirs, holidays and even business trips grant the opportunity of different perspectives.

Over the past two days, I've been in a car (briefly), five trains, on foot for more than ten hours, on one plane with two landings for five hours, and back in another car for some time. Where I find myself is in Oklahoma, very close to Oklahoma City.

What Color(s) are You?

Got a close-up of yourself?

Can you crop one?

Not generally found in nature, Purple is almost hard to find in use even now. When first introduced, purple had become a symbol of royalty, as only the very wealthy could afford it, purple being many times more expensive than gold. A combination of blue and red, purple can be both romantic and mysterious. It is also the colour of morning in Thailand.

Purple is perceived generally as a feminine colour. Given to either side of its blue and red combination, it possessed the duality of both cool and warm capabilities. Lighter shades speak more on friendliness than the dark shades and their speaking on wealth. 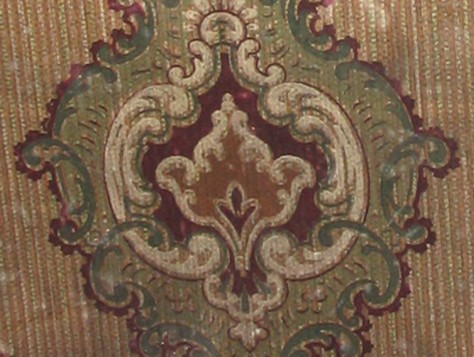 What We Used to Do for Color

The earliest in paints, wall papers, and even food being hazardous should come as no surprise. Though now we're moving away from these dangers, substances that we now see as something not to touch were once commonplace.

This post is not meant to cause mass hysteria.

Chromium, cadmium, mercury, lead, cyanide, and arsenic salts were used from home decorations to cosmetics. Most of these aren't even found in homes anymore. 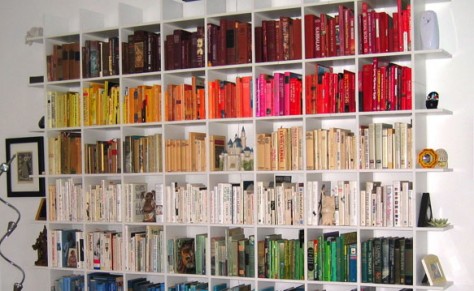 How We Color Organize…

Craig a COLOURlovers member & book lover sent in a picture of his bookshelf and it is an amazing display of color organization. "We organized our bookshelves in honor of the Rainbow Snake of Australian mythology. The book spine spectrum zig-zags from left to right, then right to left, and so forth." Click here to see a full size picture of his colorful bookshelf.

My books are all over the place and so are my magazines... I suppose I should invest in a big bookshelf like Craig has and create a colorful book wall, but right now keeping my closet color organized is enough of a challenge. When I am not on the road all the time I usually organize my closet to have clothes in color order from dark to light colors, grouped in jackets, button down shirts to t-shirts.

Do you organize things by color?

Do you have a picture of it?

Making things smaller and better is the way of the technological world. New devices and idea seem to be surfacing from everywhere each week, and this week a device that everyone may soon be able to enjoy has shown up --

And it's not just for geeks.

From a ten dollar pair at Wal-Mart to gaudy-excused-for-fashion pairs that cost more than you'd like to accidentally sit on, sunglasses have remained unchanged for some time, aside from Polarisation and fade tints. Transitions lenses may be soon seeing some competition with a latest development that changes ... and on demand at that.

Changing within about one to two seconds, researchers at the University of Washington have developed a pair of lens that are "more controllable, more active, more intelligent, and dramatically improve lens function," says Chunye Xu, research assistant professor. The lens material is actually plastic, and responds when a watch battery in the glasses discharges electricity, and can change between a range of colours between blue, green, yellow, and purple.

The technology itself boasts to be cheaper, and rightfully so as the glasses are made from organic materials. Though still primitive looking under development, I'd argue that they look better already compared to most glasses out there today.

Being the colour of the sky, blue has been seen as a colour of stability and tranquility. "True blue," as it is sometimes called, gives the feeling of honesty and loyalty, but blue is also a colour given to inspire a more serious inward look, and gives birth to daydreams readily. In almost all cultures, blue inspires peace and can ward off bad spirits. It is a colour that is associated with intelligence, and it comands respect, though not in a forceful or demeaning way. Certainly, different shades of blue mean different things.

Out and About
Darker blues are considered more formal colours, and navy is even consider one of that lofty beasts called "power colours." In fact, right next to black suits and slacks, I'm certain you'll find navy just the same as grey. Lighter blues are more casual, and can often be seen as a sign of good humour. When blue, more specifically, indigo, was introduced as a dye in Europe, it was exclusive to nobles and high class, but later was giving to the working class, which still carries on today in the name Blue Collar workers. Blue was also the colour lent to the denim of the gold diggers in the mid-eighteen hundreds rushes.

Incredibly Calming
Given how cool and calming blue is, it's no surprise that "feeling blue" means to be depressed or immensely saddened. With the amount of introspection that blue can inspire, it's no wonder that its effects can turn to this. Blue became a popular office colour because of its inoffensiveness and its subtle respect.

On Skin Color and Color on Skin

The Short Answer
It has often been misused as a way to define and label differences between people, but is merely an adaptation of the skin, resultant from defence against sunlight.

How and Why
Skin colour comes from pigments in the skin called 'melanin,' and the amount and kind of this pigment. Melanin is not exclusive to humans, as it is found largely in both the animal and plant kingdoms. The melanin is activated by sunlight and its ultraviolet rays to protect the body's DNA from mutations that the light would otherwise cause. It's no surprise that people indigenous to areas that are constantly sunny are quite dark in skin, and those in areas subject to receiving lots of rain, snow, or generally mild conditions are lighter in skin colour. In fact, human skin can be nearly colourless, only to be seen as pinkish to the eye because of blood beneath it. 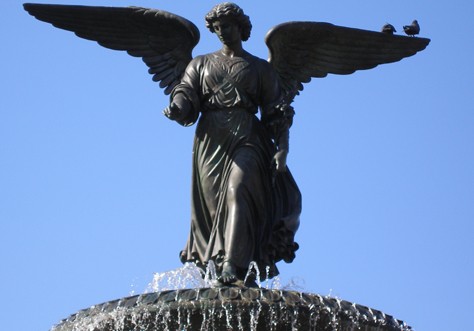 For me, yesterday was filled with such great magic.

A day wandering New York City was capped with the US CD release party for Patrick Wolf, making for the most inspiring and beautiful of my recent days.

When wandering uptown a bit into Central Park, keeping the idea of blooms and colours in mind, I revisited a favourite place of mine in the park. That favourite place is Bethesda Terrace, where the Bethesda Fountain has stood for one-hundred-twenty years.