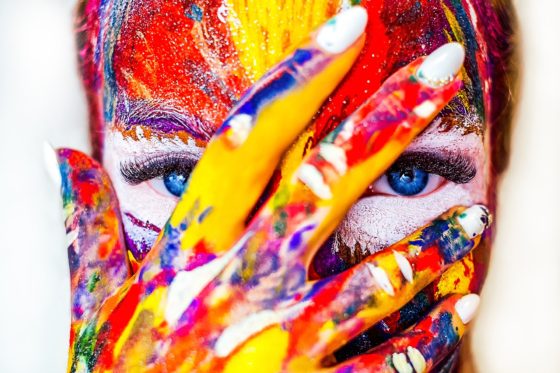 Most physicians and scientists will agree that the human body is a complex system. And this is for good reason as it is an extremely well-organized structure comprising of cells that work collectively to accomplish a myriad of functions necessary to sustain life. To further put this into perspective, the human body is home to approximately 37.2 trillion cells, all of which are responsible for performing specific functions. Some of these functions entail enabling the body to absorb nutrients from food and then converting it into energy. As impressive as cells are when they work independently, they are even more impressive when they work collectively. For example, when cells in the body group together, it leads to the development of tissues. These tissues play an integral role in terms of developing and maintaining vital organs, some of which include the brain, heart, liver, and lungs. It is worth noting, however, that For cells to carry out these numerous functions in the body, they require help from the endocrine system.

What Is the Endocrine System?

When it comes to the endocrine system, the long and short of it is that it is a chemical messenger system comprised of hormone-secreting glands. For reference, the glands that make up the endocrine system include the pancreas, pituitary, thyroid, parathyroid, and adrenal glands. The testes, in men, and the ovaries, in women, are also part of the endocrine system. That said, when these glands secrete hormones, they enter the blood or extracellular fluid. From there, they begin looking for target cells that have matching receptors. Once found, these hormones will bind to these cells and dictate the role they are required to perform in the body.

To understand how all of this comes together, let's take a closer look at how human growth hormones (HGH) interact with cells in the body. According to data published by the Research Collaboratory for Structural Bioinformatics (RCSB), HGH, which is secreted by the pituitary gland in the endocrine system, targets fat cells to help reduce stored fat, promotes protein synthesis, regulates blood glucose levels. All of these actions are essential in regulating metabolism. The role of hormones secreted by other glands in the endocrine system is quite similar insofar as they target specific cells to carry out functions necessary to promote health and also sustain life.

How Is the Endocrine System Related to Cognitive Function?

Along with targeting cells to help regulate metabolism, growth, and even cell reproduction, human growth hormones are also essential in terms of cognitive function. For context, cognitive function is a term used to describe a host of mental abilities that enable individuals to learn, think, reason, and make decisions. One study, in particular, which was published by the National Institutes of Health, revealed that growth hormones (GH) coupled with IGF-1, also known as insulin-like growth factor-1, helps protect against neurodegenerative diseases, such as Alzheimer's disease. At the same time, these two hormones also have a positive effect on memory, reasoning, and other cognitive functions, according to researchers involved in the study.

For those who have spent any significant amount of time around writers, musicians, artists, and the like, you know just how amazing it is to witness their creativity on display. What you may not realize, however, is that creativity and growth hormones are interconnected. And this is because the pituitary gland, which secretes GH, is attached to the hypothalamus. For reference, the hypothalamus is located beneath the thalamus, the part of the brain responsible for relaying sensory information. This sensory information plays a role in the creation of novels, art, music, and much more among those who are exceptionally creative.

How Colors Can Affect Our Mood and Energy

When it comes to sensory information, and the role it plays in terms of creativity, colors are a part of that equation. The same applies to emotions, stress levels, behaviors, and overall mood. For example, some studies show that when we observe warmer colors, such as red, yellow, and orange, in our environment, it can trigger feelings of comfort and warmth. These same colors can also serve as an impetus for feelings of anger and hostility. Conversely, when we observe cooler colors, such as blue, purple, and green, for example, they tend to have a calming effect. However, it is worth noting that these same cooler colors can also evoke feelings of indifference or melancholy. All in all, colors, along with GH and other hormones produced by the glands housed in the endocrine system, can influence not only mood but also energy. After all, if you're feeling sad, angry, or anything in-between, your energy levels will go up or down accordingly.

Why Does an HGH Deficiency Affect People Over the Age of 40 the Most?

For all of the many miraculous things that take place in the body as a result of human growth hormones and their interaction with cells, it is worth noting that GH production naturally declines with age. To further illustrate this point, studies show that GH levels in men and women decline by 14 to 15 percent every 10 years after age 30.

For reference, at age 20, the pituitary gland secretes about 500 mg of HGH per day compared to just 200 mg per day at age 40. For this reason, many men and women develop a human growth hormone deficiency when they reach age 40. Here you may find a report of how effective hgh can be for men over 40. Fortunately, there are FDA-approved medications and dietary supplements that individuals can take to boost low human growth hormone levels. These medications and supplements help normalize Growth hormone production while resolving many of the unpleasant symptoms associated with an Human growth hormone deficiency, including memory problems and stunted creativity.

In summary, HGH, much like the hormones produced by other glands within the endocrine system, play a significant role not only in our physical health but also our mood, emotions, and overall psychological health. That said, if you’re over the age of 40 and suspect that you have an HGH deficiency, it might be in your best interest to schedule an appointment with an endocrinologist as soon as feasibly possible.