This is the topic we are all interested in, but somehow can't know enough about it. What awoke our curiosity is how pop artists used Mona Lisa to create all these series of colorful pieces, yet that is not considered plagiarism. Up to which point can we use someone else's work as a reference for our own art piece and not be plagiators?

Appropriation means borrowing, recycling, copying a piece of work to use it for a new creation. Appropriation as such has been a part of the tradition in visual art, although it is now considered a post-modern movement, in which artists used historically known artworks to create their own image. Appropriation artists are different from plagiators, meaning that their original intention is for the viewers to recognize the original image (such as Mona Lisa or WWII poster), and the work is centered on this clash of pop and history. 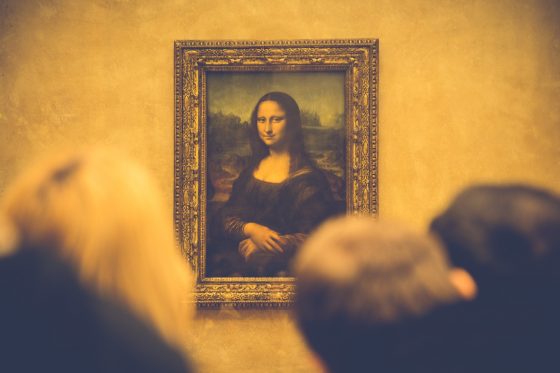 One of the most eccentric artists of appropriation is certainly Marcel Duchamp. His Mona Lisa with mustache left a curious audience, as well as the variety of Mona Lisa's known in the work of Paul Giovanopoulos. Although, Marcel is more known for his scandalous "Fountain" - an art piece - a urinal which made it to the list of significant landmarks in 20th-century conceptual art.

Unlike the above-mentioned artists, the icon of pop art, Andy Warhol, faced a series of lawsuits for his work. He is famous for silk-screening technique, using photographs made by some famous photographers. The reason he was confronting these accusations was that his paintings and the original photographs were competing for products on the market of art buyers.

How to avoid plagiarism?

When letting someone's work strongly influence your own, it is recommended that you seek permission from the artist whose work you want to change. If your artwork is inspired by another, it is a good practice to give references and show gratefulness and respect to the artist. Although, the 20th century started a question which is still alive and makes us wonder - what is and what isn't art.

Some might say that taking two images and stitching them together or adding text into an existing image is not original artwork. One thing we know for sure is that using objects that are common (urinals, food cans) and misplacing them to create a new context is challenging the question of whether it is art, but so far it hasn't been called theft.

Nina Petrov is an activist, poet, performer and mathematician. She communicates with the world mostly through words, movement and equations, but sometimes also by speaking very loudly. The only truth she could say about herself is that she keeps changing every day, never stops learning and interacting with her surroundings.