Is Black the New Black?

If you have ever had even a passing interest in fashion then you will have come across the idiom “the new black.” The term is used to denote something that has had a sudden surge of popularity and can be used on various occasions, using the idea of black as a popular colour. You can also customize the term to suggest popularity in general; for example, if playing hopscotch was the new workout trend you might say “playing hopscotch is the new black in the world of exercise.” You can even use the phrase as a pun, as seen in the case of Netflix’s hit show Orange is the New Black which is a play on words as in this case the “orange” refers to the colour of prison jumpsuits.

However the phrase is used though, the underlying understanding is that black is a popular colour. Black is the colour that needs to be usurped. Black is trendy, cool and tough to beat. But what makes the colour black so special?

Why Simple Colours Are So Popular 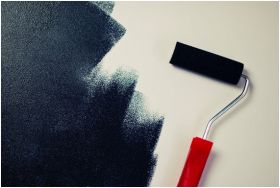 What makes the colour black such a hit with trendsetters and designers alike is that it is so simple. The colour black goes with everything. By wearing black, you can make a neon-coloured accessory stand out or you can match a larger part of apparel (a dress or a jacket) for an extra bit of contrast. That’s the reason why many recommend that women own a little black dress or an LBD - these timeless black looks are perfect for any occasion. Whether it’s a night on the town, a business meeting, or a cocktail party where you need to get contacts, an LBD is a good companion for just about anything.

It also speaks to people’s love of simple colours in general. Simple colours and primary colours (red, yellow and blue) are especially popular because they are easy on the eye, familiar and, like the colour black, they’re easy to match with other colours. When looking at the most popular design palettes, you’ll notice that many of them include red, yellow or blue, even if they do feature some secondary shades as well. The same goes for logos, such as the red, white and black Delicious logo which pairs a more softer colour with an eye-catching dark colour to really make the name of the company pop. Like the little black dress, people are also encouraged to incorporate yellow in their wardrobe, all because of the wearability of these simple, primary colours.

What Are the Best Examples of Simple Colour Design? 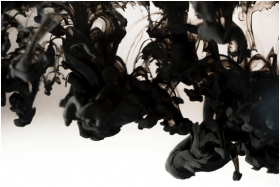 But these palettes and dresses aren’t the only examples of simple colour design as this is a basic design principle embraced by creatives from a wide range of sectors and industries.

Take the refreshment company Coca-Cola as an example. Their red and white logo is renowned for its simplicity and the way that its white name stands out on the attractive red background. The contrast draws people in. Entertainment streaming platform Netflix uses a similar design. Its blockish logo stands out on a white background in external branding, while in the app it has a black background. This offers a design with minimal distractions. Speaking of apps, the design of the Betway mobile app uses blue and white throughout so that the category descriptions of the different table games and slots are easy to read. However, the logo of the brand itself and the category headers aren’t distracting. This is important as it draws the users eyes towards the logos of the different games available, helping players navigate to designs that interest them. And what of the companies that allow us to access these apps, such as Apple? Apple’s famous bitten apple logo is typically black or grey. This means that on the occasions that Apple does add a pop of colour to its logo, it makes it all the more special. Likewise, the multi-coloured Google logo that represents one of Apple’s competitors incorporates all three primary colours, although there is also one stick of green. With soft edges and gentle colours, the logo has become iconic.

Incorporating simple colours starts from the very beginning. Choose the right colours for your logo and then use them throughout your branding. Don't underestimate how much simplicity can help to make your message stand out.