At the beginning of every year I often wonder that the next big things are going to be in the wedding industry. It always excites me what crafty people can put together and bring to life. And every year I am more and more excited with where trends have taken us and where we are now.

I wanted to share a look back at some of the biggest trends of 2011 as well as some of the up-and-comers for 2012. 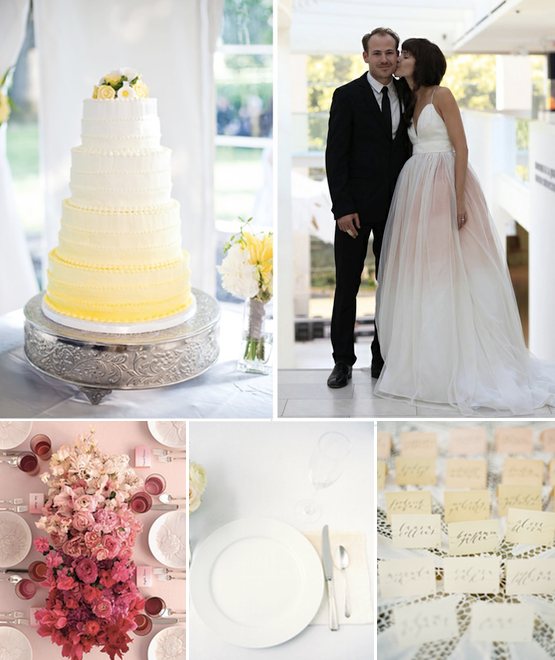 Ombre hit big in 2011! It seemed like all of the sudden these monochromatic details were just the thing needed to create a romantic and elegant look. Of course, this trend will continue to hit weddings for years to come, but the gorgeousness that is ombre will definitely be remembered as the up-and-comer detail to have of 2011. 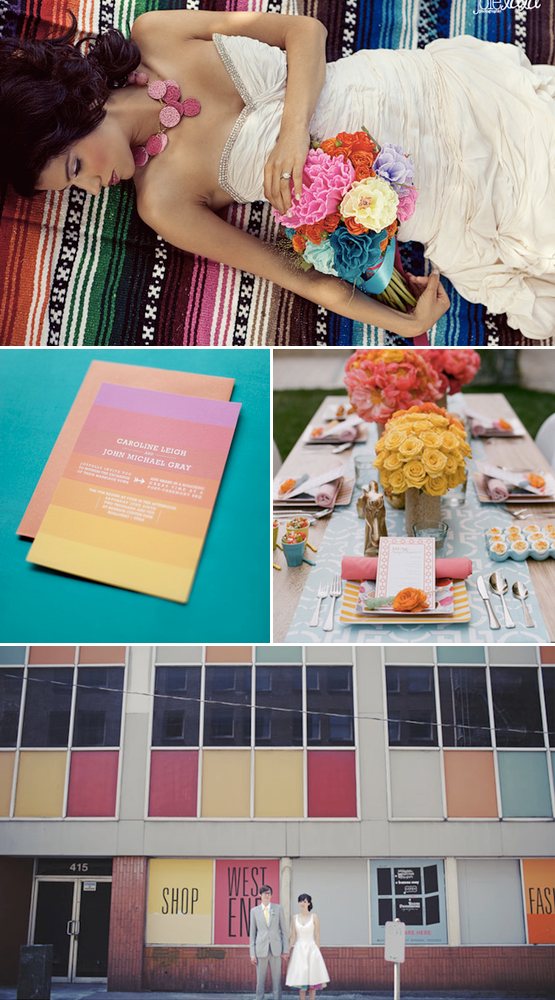 Color blocking became popular right before the close of 2011. Every designer, especially Kate Spade, was embracing pairing one bold color to another until you created a well-executed look that made you pop. This trend is something that hasn't hit the wedding industry too hard just yet, but come 2012, we will see it in both subtle and obvious ways. 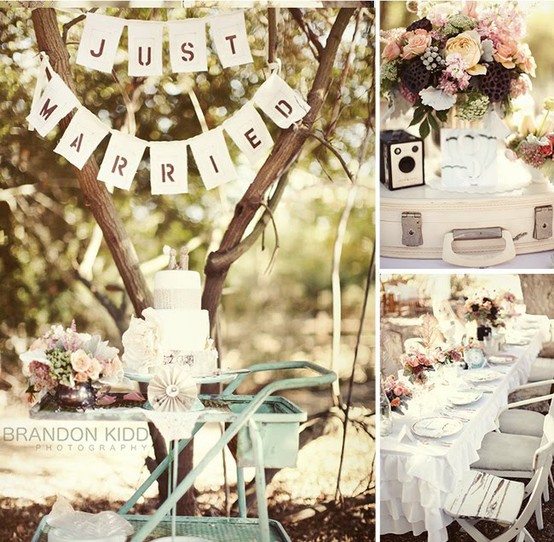 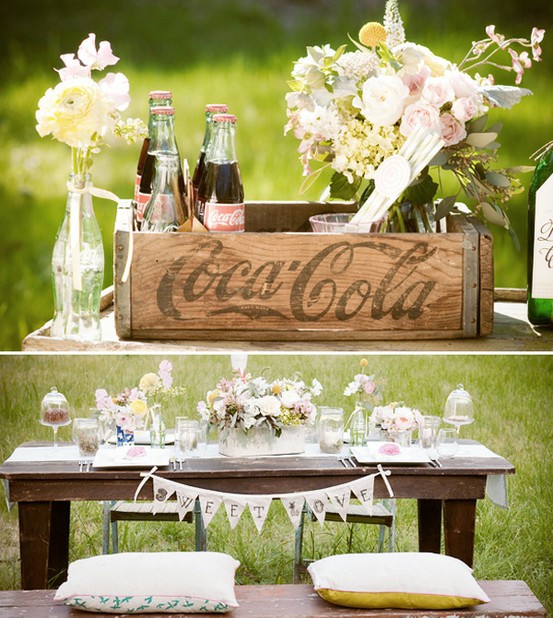 This trend can't necessarily be confined to just one year. We saw the evolution of rustic weddings turn into it's lighter partner, shabby chic, while still remaining within the vintage category. And I don't think any trend is as large or has lasted as long as this one has. 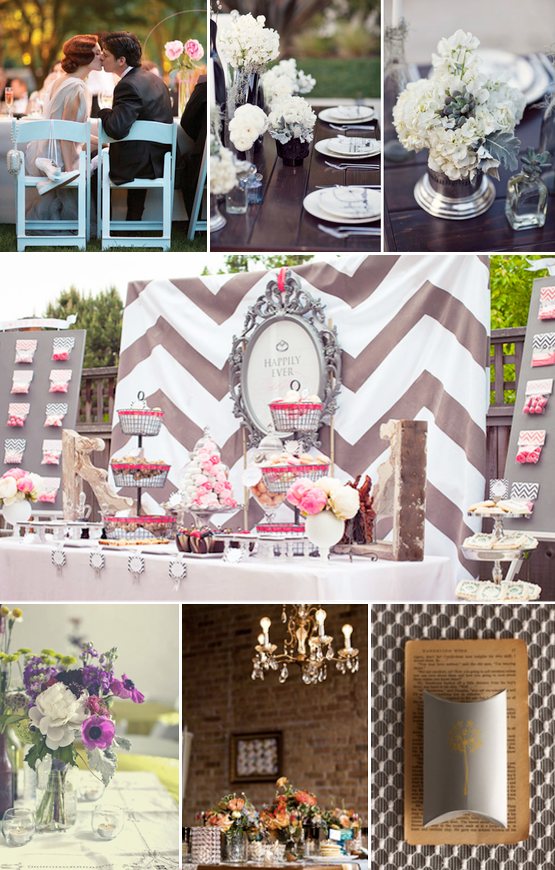 I don't see vintage going anywhere in 2012, but brides are starting to curb it into an entirely new trend. What was a totally shabby chic inspired affair, will now have some oppositely modern details paired with it. Adding soda crates to tablescapes with bright colors and modern geometric patterns. I think the marriage of vintage and modern is going to make it big in 2012. 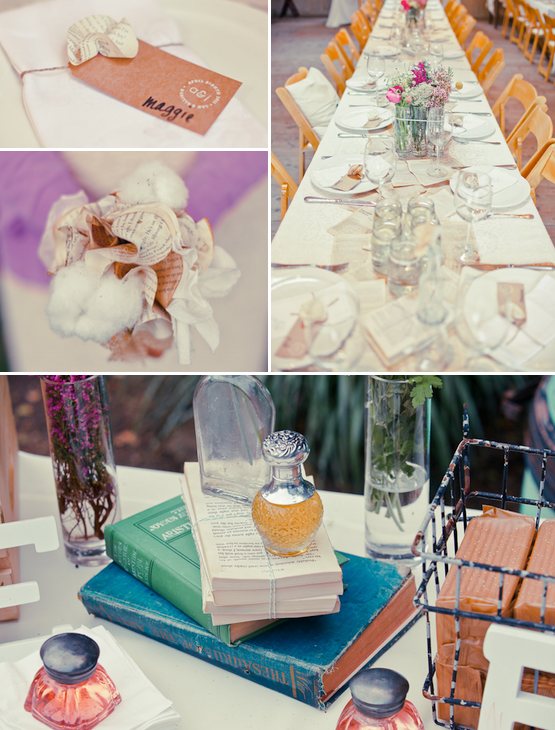 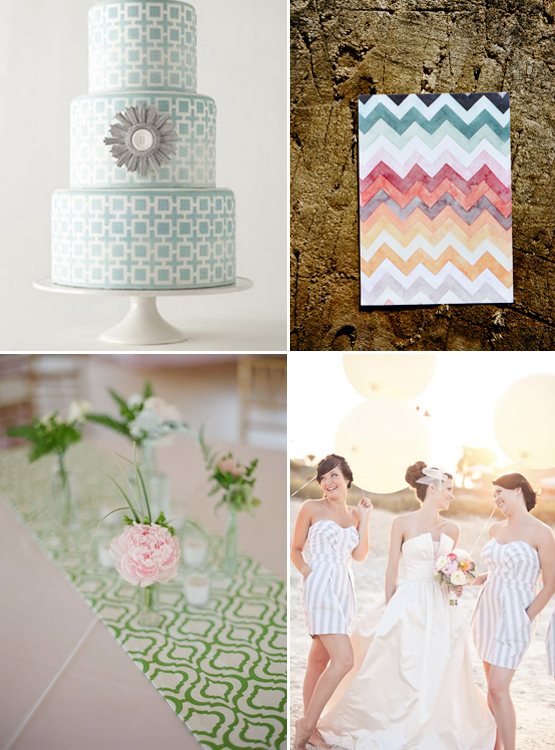 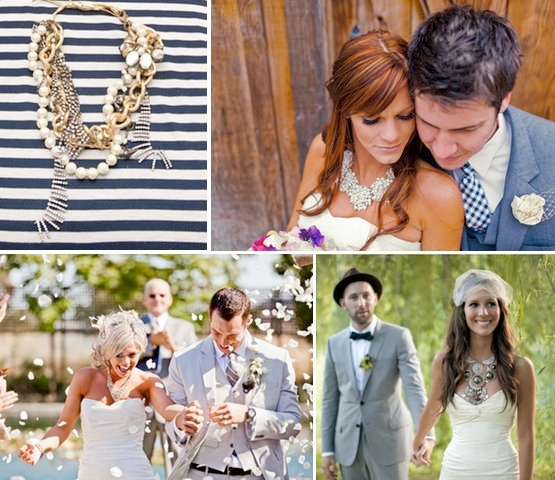 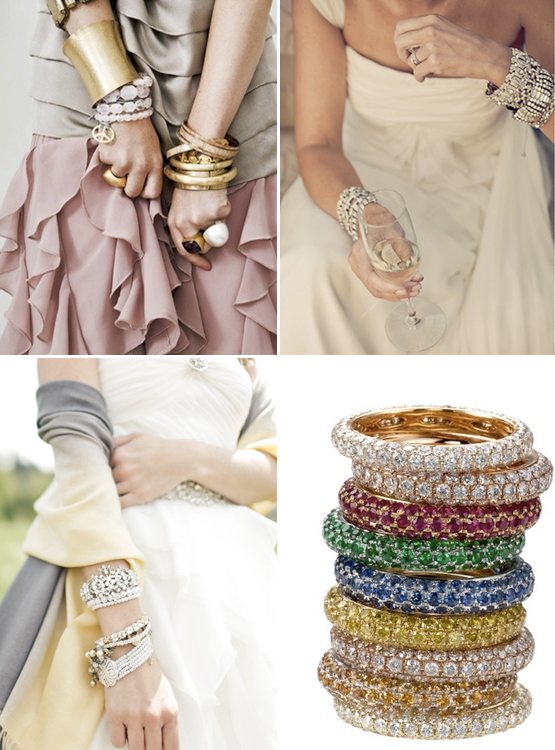 In fashion we have already seen the attention turn from statement necklaces to stacking bracelets. Though it isn't much cheaper, it is a more practical trend for people on a daily basis. Similarly, in weddings, statement bracelet pieces will pick up momentum in 2012.

Of course, 2011 trends will spill into 2012. So, if you haven't tied the knot just yet, you won't be considered "last season" for doing something that feels personal and unique to you. Trends become highly unimportant when you find those things that you feel really fit your style and look as a couple. That is the most important part of any big day!

These are just a few of the many past and upcoming trends, what are some you have been seeing? Which are you most excited to see in 2012?

www.engagedandinspired.comAllison is the blog editor and gal behind the Twitter, Facebook & Pinterest at COLOURlovers. When she is not spreading color love around the web, she writes and manages Engaged & Inspired, a wedding blog and vendor resource for brides.

How Are You Inspired? Here's Mine For Wedding Photography
Posted in Design, Inspiration, Trends, Vintage

The yellow and cream ombre cake is lovely. <3
Reply

My favorites: Obre, color blocking and the patterns. It all makes me want to get re-married. lol
Reply

I love the way you decorations the weddings and the collection is really good ..
Reply

nonono love the colour blocking and how the invitation on the left looks like a palette from Colourlovers.com ! I agree with @mollybermea wedding inspirations make you want to get re-married!
Team
Reply