Signs: A Century of Fantastic Neon

Neon signs first came to the United States in 1923 when a Los Angeles car dealer bought two signs for his Packard dealership. Throughout the 1920s and 1930s, neon tubes were used for signage as well as decorative displays. By 1947, several casinos in Las Vegas began to draw attention with their elaborate neon lights. 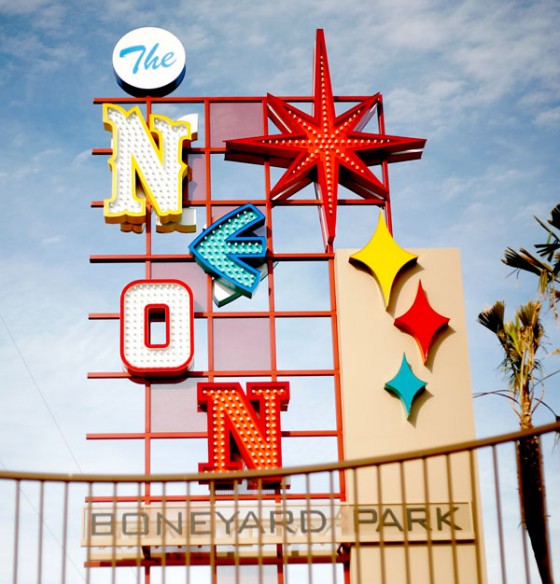 Many of these signs can be seen at the Neon Museum in Las Vegas, sometimes referred to as the "Neon Graveyard" or "Boneyard Park". There are more than 100 signs that date back as far as the 1930's! 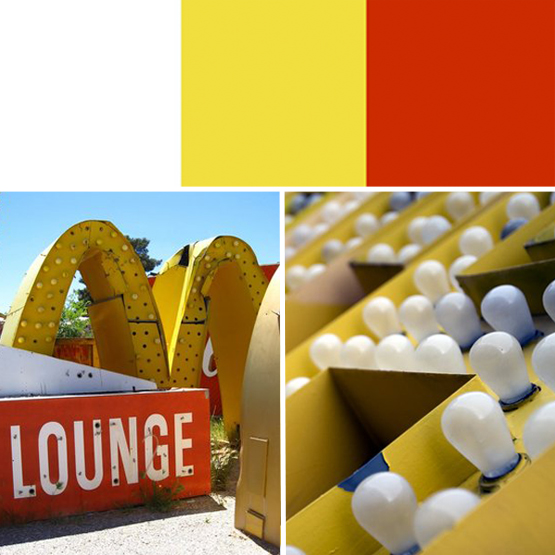 Several active signs throughout Las Vegas have been pledged to the museum once they’re retired. This “Living Museum” project ensures these irreplaceable artifacts will be preserved for future generations to enjoy. 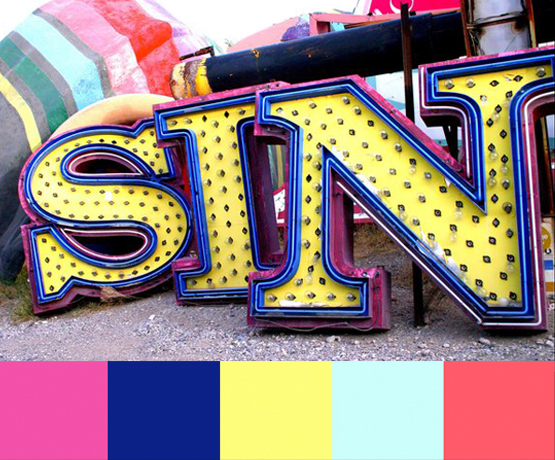 Of course neon lights aren't only popular in Vegas. In the 1950's Coca-Cola built their first neon sign. In total there were 3,515 feet of tube! The sign was 44'X44' which gives an area of approximately 2,000 square feet! The sign weighted approximately 5,000 pounds and was built in 432 sections. 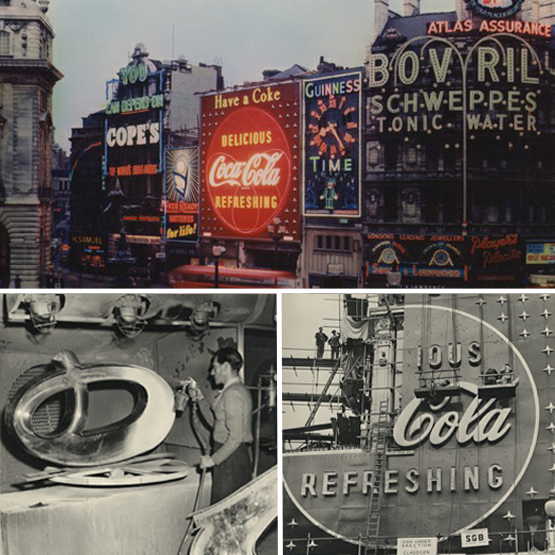 The Coca Cola sign hung in Westminster. In a popular area known as Piccadilly Circus. 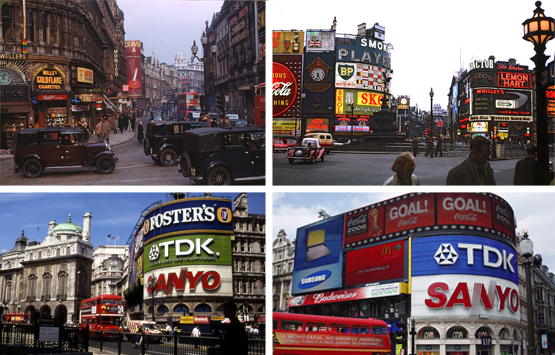 I love that you can see the changes through the years, not only in the city, but also in the signs. 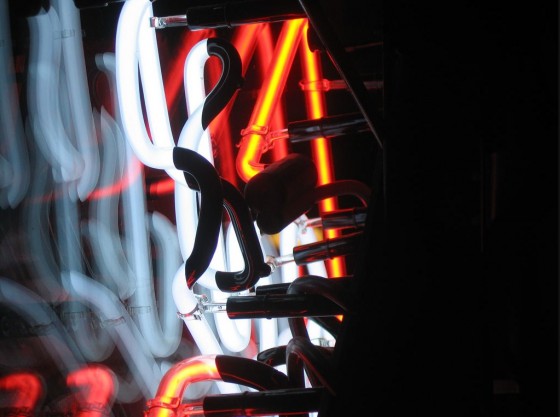 A trick of the eye is used to produce visually distinct neon display segments by blocking out parts of the tube with an opaque coating. One complete assembly may be composed of contiguous tube elements joined by glass welding to one another so that the same current passes through, for example, several letters joined end to end from cathode to cathode. To the untrained eye, this looks like separate tubes, but the electrical splice is the plasma inside the crossover glass itself. The entire tube lights up, but the segments that the viewer is not supposed to see are covered with highly opaque special black or gray glass paint. This heat-resistant coating is either painted on or dipped. Without blockout paint, the unintended visual connections would make the display appear confusing. (source) 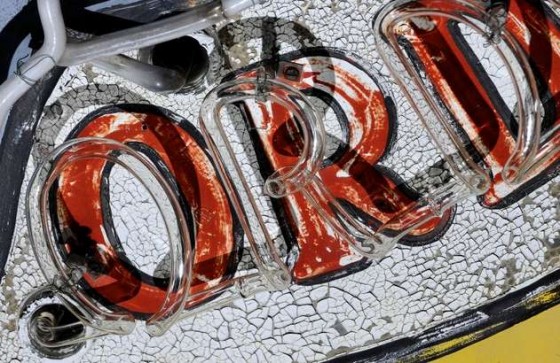 If you live in more of a rural, low-key area, your idea of a neon sign might be those every day simple signs of functionality. These types of signs almost put the art of neon to shame, but serve a function to certain businesses nonetheless. 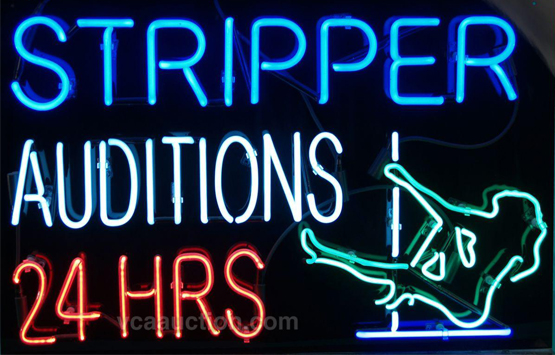 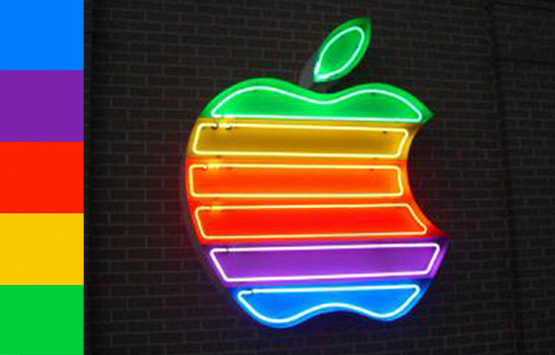 MONA, the Museum Of Neon Art also carry's a selection of preserved, refurbished and present neon design work. In fact, they even do Neon Tours - showing how neon can add to architectural elements as well. 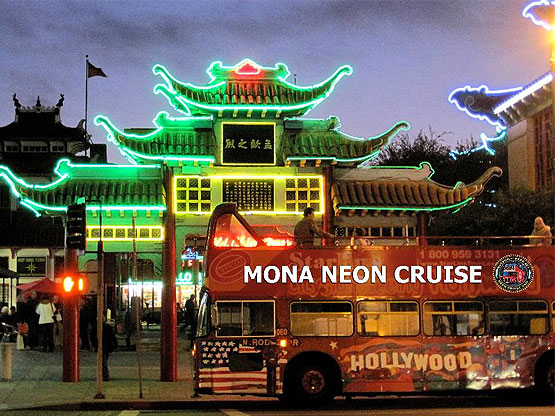 Dive in to WeHo's Art on the Outside (source) 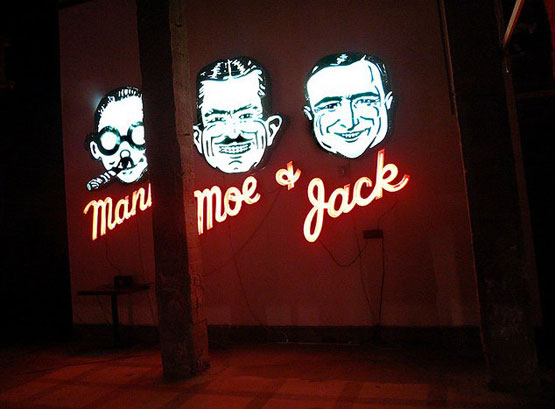 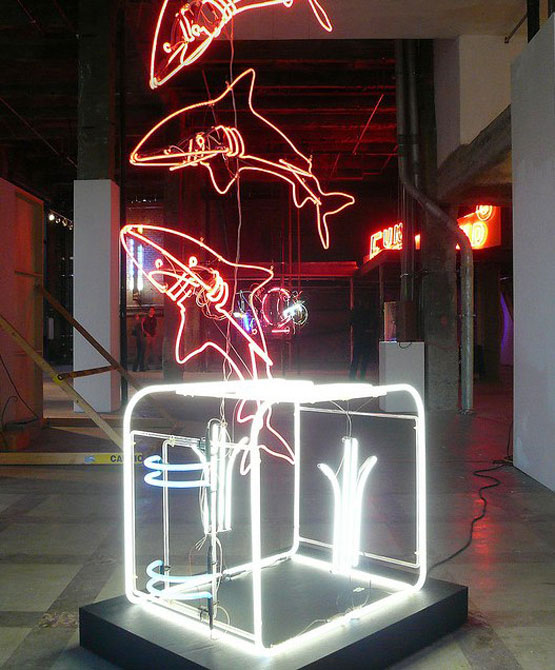 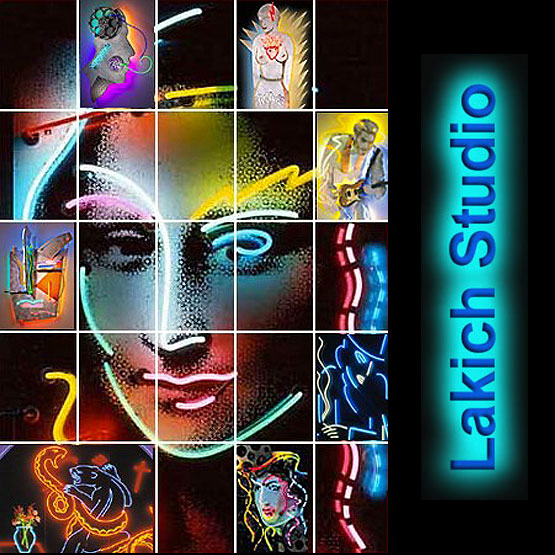 Large scale use of neon and other colorful lighting tricks to create an amazing nighttime atmosphere! 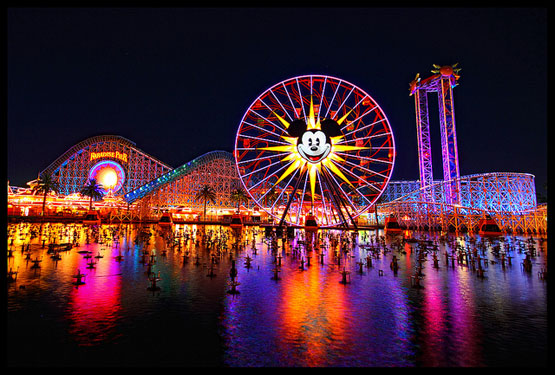 Neon signs have without doubt proven to grab attention in any shape or artistic form- although one can't help appreciate the talent involved in the more impressive pieces past and present.

The next time you see a neon sign maybe you'll look at it a little differently. Quite possibly you'll look at it more closely to see the opaque coating. Perhaps you'll have more appreciation for neon and its different art forms and the way it has evolved through the last century.

www.canyoupixelthis.comI love all sorts of crafts, getting my hands dirty, trying new things, and experimenting with different color palettes! Some call me creatively promiscuous, I wouldn't disagree! I am a certified Copic instructor, and a digital crafter. I blog actively at www.canyoupixelthis.com and share video tutorials on YouTube. You can find me on Twitter as @canyoupixelthis