The business card: Your most powerful self-marketing tool. From basic black and white to lavish die-cut, colorful pieces of art, they all do just about the same thing—they introduce and retain your personal or business brand. In some countries they are traded with no formality while in others they are exchanged with great ritual, you probably have at least two or three in your wallet right now, they are EVERYWHERE! Probably the single most used marketing tool in the world today, the business card has been utilized for centuries as a means of introducing oneself. So, how did this simple rectangular piece of paper come to infiltrate the business culture of today? (source)

This post made possible by Next Day Flyers, the online poster printing company offering fast turnaround times and amazing prices. 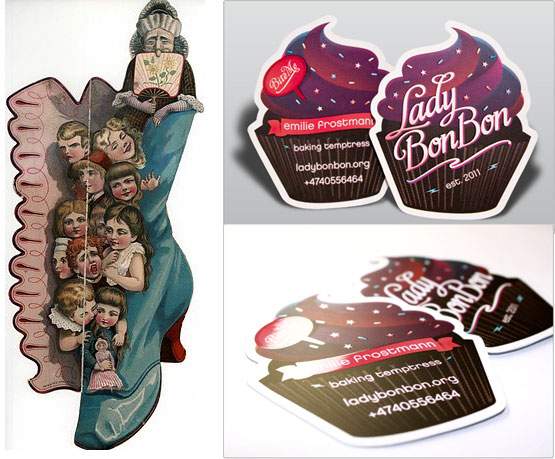 Although the debate continues about whether or not the cards originated in 15th century China, it is certain that visite biletes, or visiting cards, were used in 17th Century Europe by the aristocracy as a means of announcing the arrival of a distinguished guest. The original visite biletes, printed using copper plate engravings, were about the size of a playing card, and were decorated with the name of the bearer and an engraved coats of arms or other ornamentation. Printed in a stately black and white, color could only be added by hand. The ladies seemed to prefer the rich hues of red, pink, and blue to add sophistication to their cards. 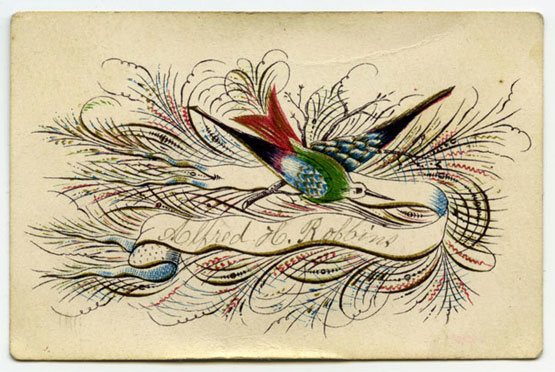 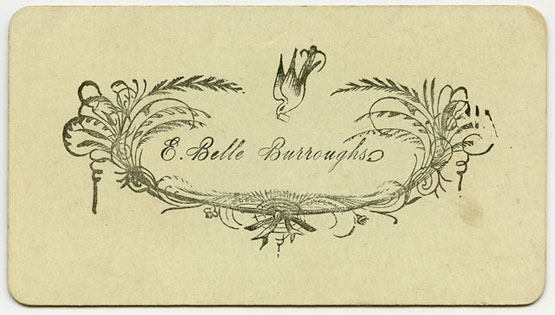 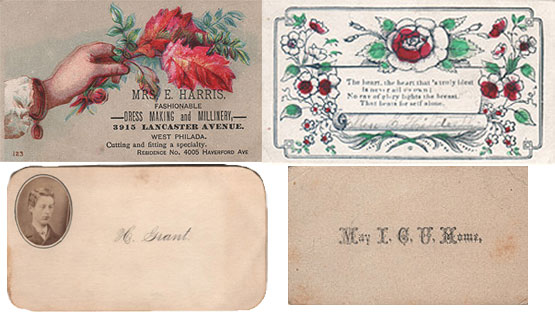 By the 18th and 19th centuries, a strict etiquette had been developed and was rigorously followed by members of polite society or risk of social disgrace would ensue. The servant of the household would answer the door and hold out a silver tray in his left hand. The card would be placed on the tray and then taken to the lady of the house to accept or reject. Certain folds were observed, “If the upper right hand corner of the card was folded it indicated that the card's owner had presented the card in person. A card folded in the middle indicated the call was meant for several or all the members of the family” (source). Certain abbreviations were used to explain the visit, such as “p.c.” for condolence call or “p.f” for a congratulatory visit. (source)

In 17th century London, the trade card, a cousin of the visiting card, found its beginning. Akin to business cards of today, trade cards were used as advertisements for businesses and sometimes included maps and directions. When printing by the use of chromolithographs became more popular in the 1830s, trade cards could be printed in color and were often miniature works of art. 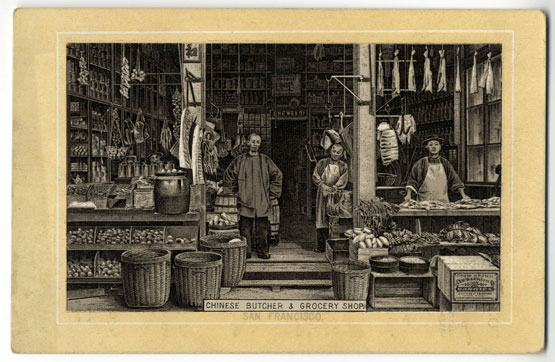 The lithography process required printing from stone slabs. A different stone was used for each color, so the more colors used, the more expensive the trade card. As the process was developed, as many as 15 stones could be used to create a single card!

These became popular in the late 1890s. To emphasize packaging on trade cards, brands such as Heinz or Arm & Hammer would make whole cards that were die-cut to resemble the package of a product. The use of color, expression, and shape distinguished these cards above all others. It was believed that “giving away high-quality pictures would stimulate customers’ recognition of their name and brand” (source). 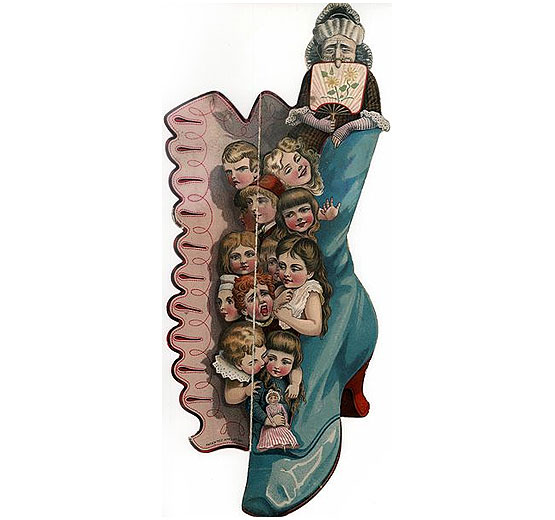 1883 | Die-Cut Chromolithographed Folding Card | The Old Woman Who Lived in a Shoe. (source) 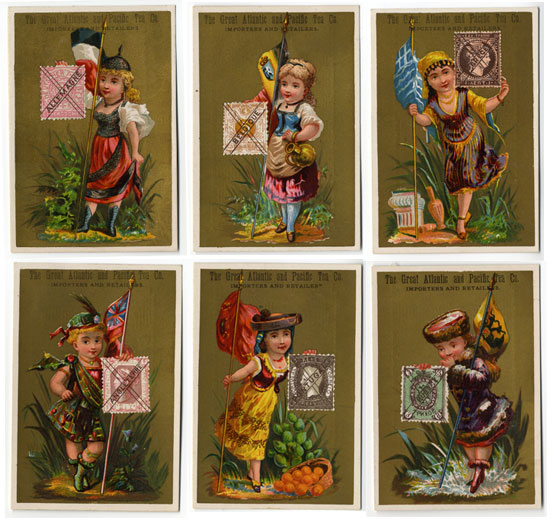 “Before and After” Trade Cards

This marketing scheme was built off of the idea that using this product would improve one’s life. Trade Cards conveyed this message by using colorful illustrations that demonstrated quite literally the before and after effects of using the product. Just read the short “Arm & Hammer” trade card poem to see how you might fatten yourself up! 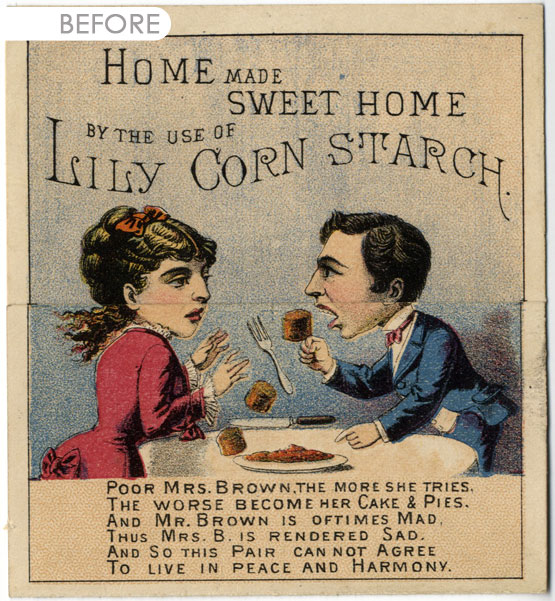 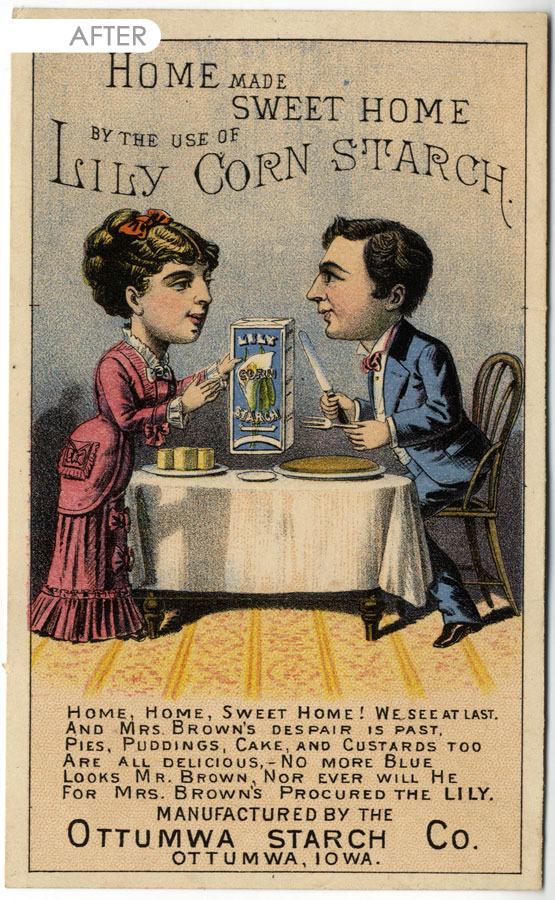 Often, trade cards would use folding, movable parts, require the user to turn the card over or upside-down, or had to be held up to a light to reveal the message. The attention to detail and use of eye-catching colors was paramount in the creation of these cards.

At some point in history, a combination of the Industrial Revolution, rise of the middle class, and decline in social formality gave birth to a class of European and American entrepreneurs with the express need to exchange information. They merged the idea of the visiting and trade cards to create the first version of today’s commonplace business card. These cards were plain and printed on heavy paper, and disdained by the members of the upper class. (source) 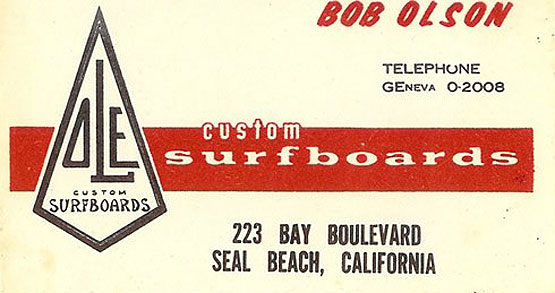 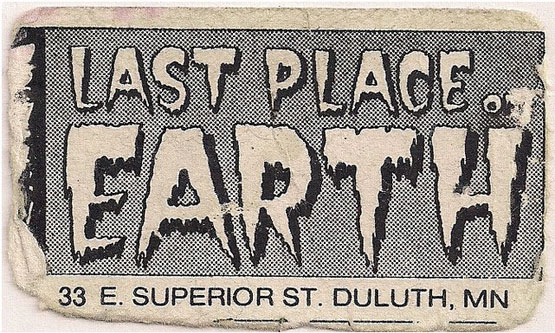 Business cards had a much easier start in the United States, where their use became widespread in the 1890s. By the early 20th century, business cards in the U.S. were at their current level of usage. You might be surprised at the business etiquette required even today, making me think that our aristocratic ancestors may not have been as self-important as we might think.

While in the United States the exchange is fairly relaxed, many Asian nations follow elaborate rituals for both the presenter and the receiver of the card. In some international places it is considered extremely rude to present a business card with your left hand, or to put a card away immediately after receiving it. Those who travel abroad would do well to have a two-sided card with the information printed in the language of the nation in question on one side, and should also take care not to write notes on the card. Cards should also be protected in a case of some sort, and presented in pristine condition. 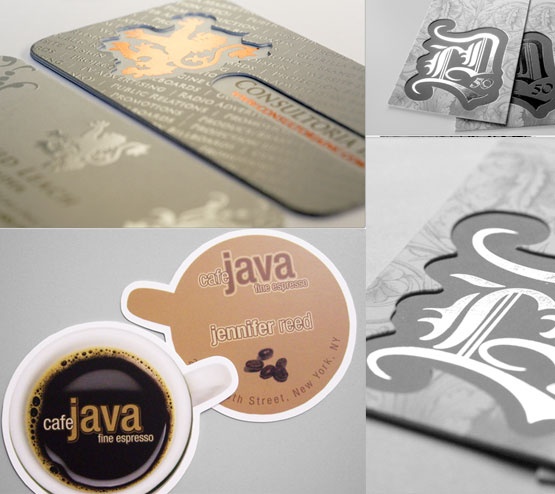 Modern-day business cards run the gamut with the availability of advanced printing techniques, extravagant design options, a rainbow of color schemes, fancy imprinting and embossing to add texture, foiling, and die-cutting options that come together to create a card that is uniquely you. 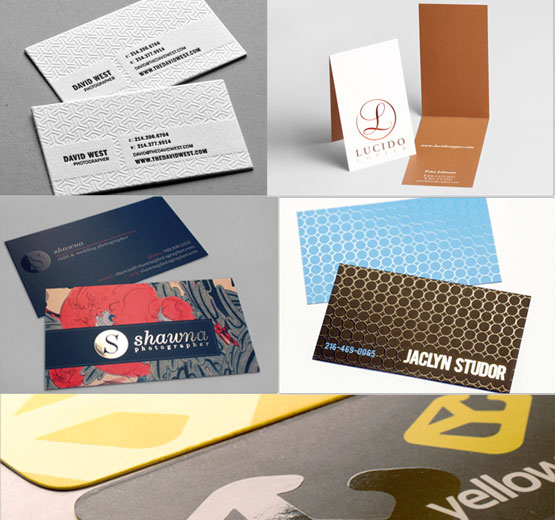 Even after four centuries of wide-spread use, one thing remains certain—this small, paper marketing tool is still making a big impact on the way we connect with others.

www.colourlovers.com/lover/monkeyfaceRobyn Sutherland is a freelance writer and editor from the green mountains of Oregon. She graduated from Southern Oregon University in 2005 with a B.A. in English and Writing. Her colourful life is filled with romps in the park, crazy vacations, and funny everyday adventures with her loving husband and two energetic little boys.