By evad // March 17, 2011
5 comments
We love St. Patrick's day...I bet you can guess why. Cause it's a day of celebration for the color Green! among other things. These days it is mostly a celebration of Irish culture. A culture rich with associations to the color Green! So, today we are reminded about how lucky we are to celebrate color with different cultures and all the color lovers across the world.

St. Patricks Day is widely associated with shamrocks, luck and ultimately the color green (wear it or you're gonna get pinched!). Celebrated each year on March 17th.

Saint Patrick's Day (Irish: Lá Fhéile Pádraig) is a religious holiday celebrated internationally on 17 March. It is named after Saint Patrick (c. AD 387–461), the most commonly recognised of the patron saints of Ireland. It originated as a Catholic holiday and became an official feast dayin the early 17th century. It has gradually become more of a secular celebration of Irish culture. - wikipedia.org

Traditionally, green was not a shade in the celebrations of St. Patricks Day, it was BLUE! More specifically, "St. Patricks Blue", which still doesn't narrow it down as it describes a number of blue hues symbolic of Ireland developed over time in the history of the Irish Culture. Ultimately, it almost seems that the blue hue gradually became a sort of light turquoise that couldn't land on either blue or green and eventually became either green or blue solidly depending on the group using it. There is so much information regarding the color history behind this holiday, here's only the tip of an iceberg worth in trying to summarize only a small perspective on the topic.

The Presidential Standard is the flag of the President of Ireland, a modern use of one of the many hues of St. Patricks Blue. It consists of a Gold Irish Harp with Silver Strings on a Blue Field (of color).

You can clearly see the variance in the blue hue when you look at the University of Dublin's official coat of arms, sporting colors... 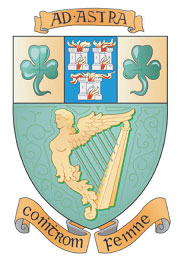 The official sporting colours of University College Dublin are "St. Patrick's Blue and Saffron", adopted in 1910. The blue is commonly interpreted as 'light' or 'Dublin' blue. - wikipedia

Although it has been revived for more modern use at the university, you can see the hues skewing from greenish-blue hues to a more recognizable blue hue. 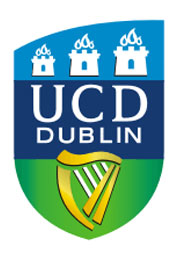 You can see where some of the "blue" is similarly taken and used in other areas. Here below is a robe from the Order of St. Patrick... 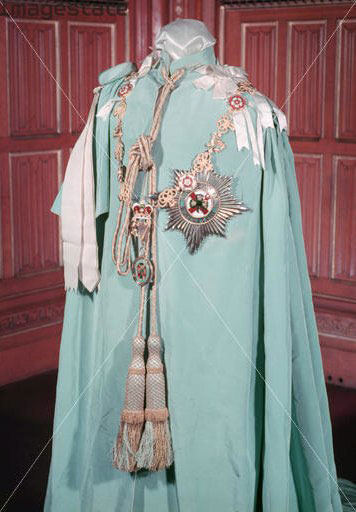 Up and onward with today's tradition using green in celebrating this day with green hair, green top hats, clovers, leprechauns, green parade lines, a green river and well, probably your favorite - Beer. Enjoy and be safe!

What shade of GREEN are you?

Share your shades of GREEN (or St. Patricks Blue) via palette's, patterns or even your favorite swatch in the comments (just copy/paste the badge code). The possibilities are endless!

Also, it looks like our HOLIDAY'S GROUP needs a little love and update for submissions. Let's shower them with luck today and get some St. Patty's Lov'n over there - the St. Patrick's Day Group is located under the main topic, March Holiday's. This group is run by COLOURlovers user, silver.

Here are just a few.

Here are my St. Patrick's Day Palettes.
Patterns made with them are listed on palette page ♥
I trust everyong had a grand ol' "GREEN" time & didn't
get pinched too much :)
Reply

Happy St. Patricks Day Everyone! Hope everyone had a great day, I don't think my knee high shamrock socks scared too many people.. :D

@mangowasabi great palettes! thanks for sharing. I'm sure your knee high's were fun.