Taking a Look at Tartan

From Highlanders to hipsters, tartan--or, in a lot of cases outside of Scotland, plaid and check--has been one of fashion's favorite textiles for centuries.

"It's a cloth of duality," said Dr. Jonathan Faiers, author of Tartan: Textiles that Changed the World. "Its history is in the establishment--in clansmanship, the aristocracy and military forces, but because it's become the uniform of rugged masculinity it's also revisited in an ironic way--by subcultures such as grunge, punk and gay clones."

In that sociological sense, tartan is modern and traditional--a staple of Scottish clans and international fashion runways alike. From a color and pattern standpoint--important factors distinguishing one tartan from the next--it's a bold, eye-catching textile with the ability to declare one's family history as immediately as it can one's personal sense of style. It's certainly a favorite with pattern makers here at COLOURlovers.

Today, we're taking a look at how all of tartan's aspects come together. 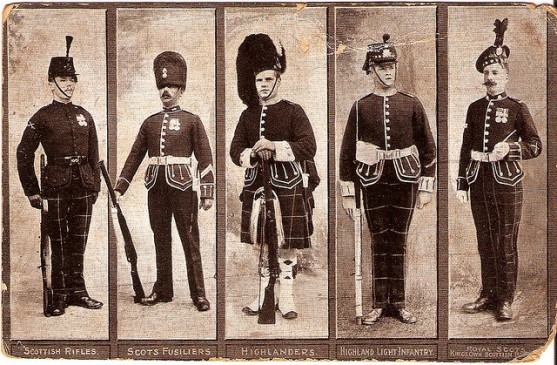 When most people think of tartan, they probably think of Scotland. And while the association isn't a false one, it isn't tartan's whole story. While the origin of the patterned cloth itself seems to spark a hot debate between textile historians, most seem to agree fabric woven with tartan-like designs first emerged in ancient Celtic populations between 400 BC and 100 BC--a lot earlier than the documentation of Britain's first tartan, the Falkirk Tartan, found in Stirlingshire, Scotland, and dating to the third century AD. Tartans of various colors and patterns associated with different Scottish regions didn't emerge until the 17th century, and it's thought most modern clan tartans--those associated with specific families--weren't designated until the 19th century. 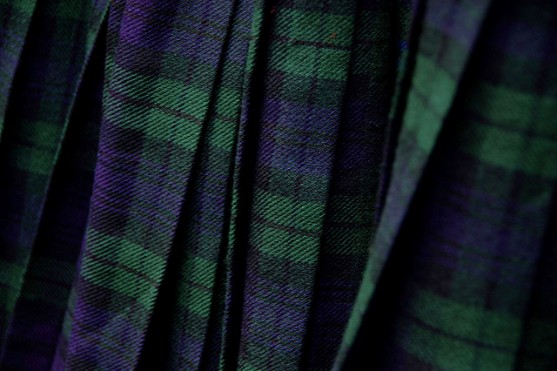 Tartan itself is formed of colored thread woven so that the warp--the lengthwise threads--and the weft--a filler yarn--are at right angles. The weft is woven over and under the warp, creating the illusion of more colors than originally used. The blocks of color and lines formed and repeated throughout the fabric are called "setts." Tartan can be made with any material, though traditional Scottish tartan kilts are typically made of wool.

When it comes to color, Peter Eslea MacDonald reports, via the Scottish Tartans Authority, most 18th-century tartans were all a combination of black, blue, red and green. Today's tartans come in a range of colors--and many are classified by misnomers, MacDonald said. "Old" or "ancient" tartans feature mid- to light shades meant to represent colors produced with natural dyes--but these tartans weren't produced until the last half-century. "Modern" or "ordinary" tartans, produced since the early 19th century, have strong, dark shades. And "muted" tartans, produced since the 1970s, have colors that fall somewhere between old and modern hues. When speaking of a family tartan, the pattern is really what makes it--an old, modern and muted tartan, though they may look different, are all considered the same. 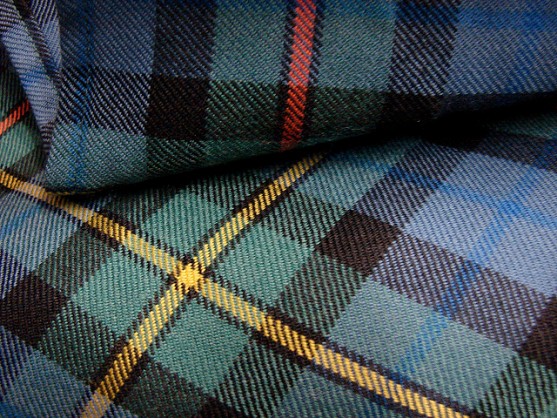 The pattern of all tartans are considered plaid, but plaid and check patterns are not all synonymous with tartan.

"A tartan plaid, first of all, is Scottish, as opposed to American or English. It's Scottish," said Doria De La Chappelle, co-author of Tartan: Romancing the Plaid, in a CBS report. The story explains: "... The instantly recognizable Burberry pattern on the company's coats and scarves may look like a tartan plaid, but is in fact officially just 'a check' because Burberry is actually English. In addition, a tartan pattern has to be made up of perfect squares. Technically, a tartan plaid can be turned 180 degrees and is exactly the same. ... A Plaid, on the other hand, can have stripes that clearly run in a specific direction." 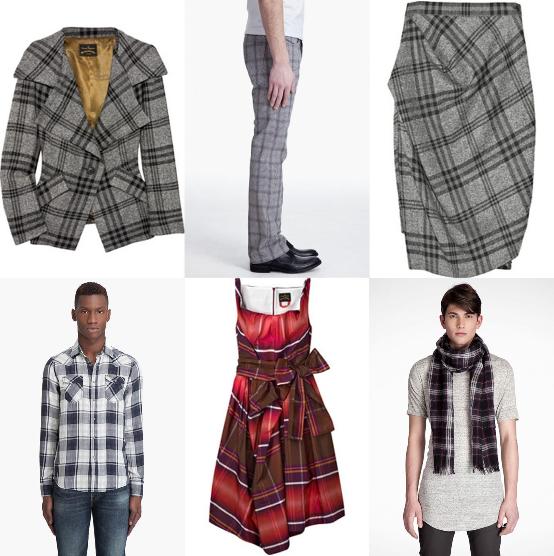 A lot of us probably don't get that specific when we don our plaids, checks and tartans--we wear them because we like them, whether we're punk rockers (who adopted plaid as a symbolic rejection of the upper class in the 1970s), grunge fans (who made the plaid flannel shirt ubiquitous in the late1980s and first half of the 1990s--and who're seeing a comeback of their relaxed style on recent runways) or ladies who lunch.

"You could argue that in a recession climate, tartan signals a back-to-basics feel. You can put a sociological spin on it, and there aren't many fabrics you can do that with," Faiers said. And, he said, "People love tartan because it's beautiful."