Once a month, we'll taking a look at fashion in film--characters, colors and costume design. Working together to create a believable persona; in the movies, the clothes often quite literally make the man. And in some cases, they make the real life looks we love for years afterward, much like the iconic heroine of today's film in question, Breakfast at Tiffany's.

Based on Truman Capote's 1958 novella of the same name, Breakfast at Tiffany's was brought to the silver screen by director Blake Edwards in 1961. The story follows the perhaps unlikely romance between writer Paul Varjak, portrayed by George Peppard, and gold-digger/wannabe-socialite Holly Golightly, portrayed by Audrey Hepburn.

Holly boasts an extensive wardrobe, and the most famous piece in it appears in what's one of the most recognizable scenes in American film history: the opening shot, in which we see Holly eating a pastry out of a paper bag, ostensibly on her way home from an all-night party. 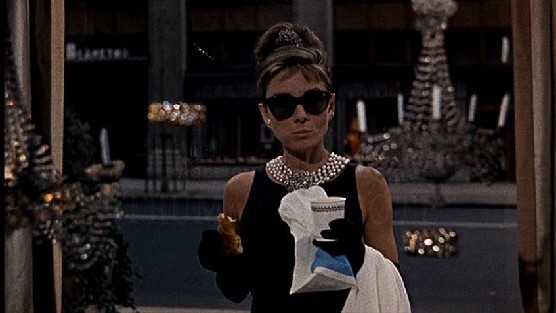 The black, floor-length dress Holly wears--paired with over-sized black sunglasses and a massive draped pearl necklace--are our introduction to the lineup of ensembles designed for Hepburn by Hubert de Givenchy. The Italian designer dressed Hepburn in nearly all of her films, and the idea of every outfit was the same: simple, functional pieces with an emphasis on line and shape. 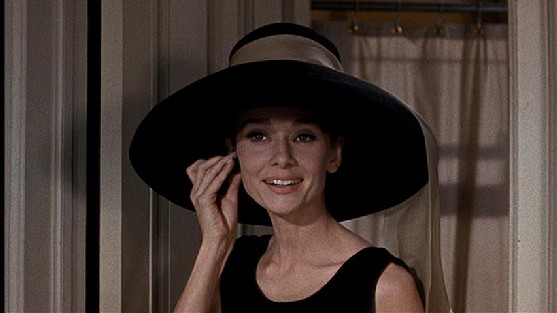 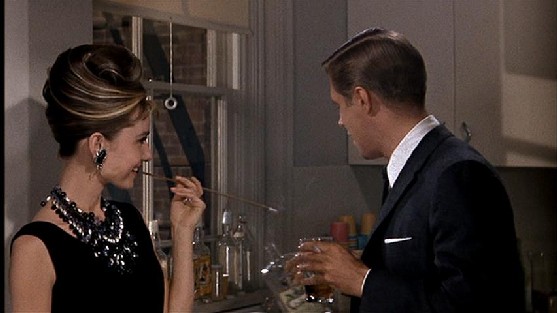 The majority of Holly's clothes are black, which makes sense--she's an aspiring socialite, and while glamorous clothing is a necessity, it's a luxury she can afford only so often. A variety of little black dresses and neutral separates get a lot of play with different accessories--in Holly's case, elaborate jewels and broad-brimmed hats as big as her personality. 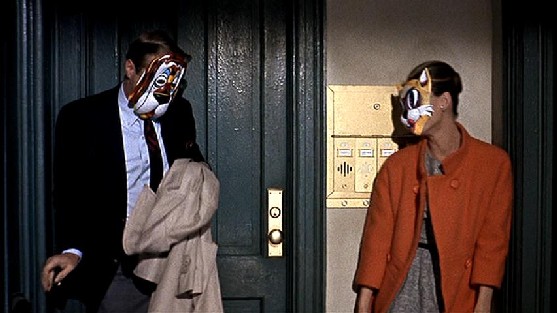 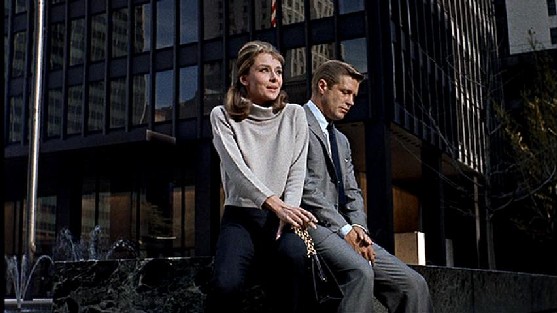 As the film--and the relationship between Holly and Paul--progresses, Holly wears more casual, colorful clothes when she's with Paul. In these moments, we see the "real" Holly who is both brighter and softer than the persona she adopts in social settings. Still, though, she is always adopting a persona: Her bold orange overcoat is appropriately playful for a silly afternoon, and her cream turtleneck sweater and black cropped pants seem more suitable for knitting and cooking (or attempted cooking) than one of her party dresses. 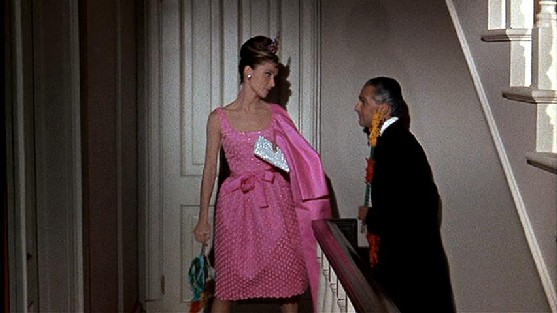 Holly's pink party dress, worn on a date with a man she intends to marry, is a spot of hope and happiness--and a fine example of the Givenchy brand of youthful optimism. Givenchy used bright colors, intricate textures and airy embellishments with a light hand, which made his clothes elegant and wearable at the same time. 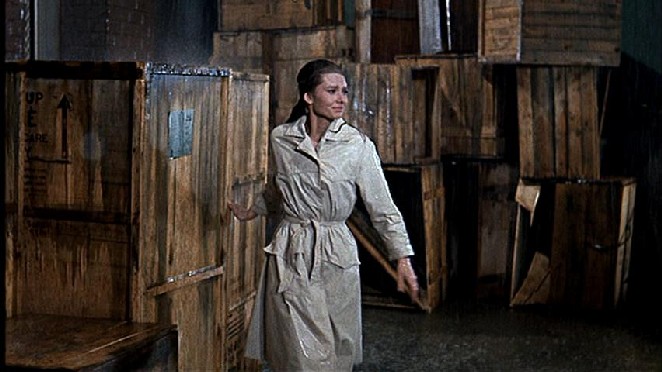 In the film's final scenes, Holly is tightly wrapped in a light tan, twill trench. Underneath is another black sheath--another ensemble of staples, and another example of Holly's standard uniform. But as she searches for her unnamed cat in an alley--and when she locates Cat and slips him under the lapel of her jacket--it seems she just might be ready to let someone in.

Says Laura Boyes, film curator at the North Carolina Musem of Art and blogger at moviediva.com, the film is popular now because it "represents virtually the last moment in American movies where an actress was glamorized for glamour's sake. Audrey Hepburn is evoked as an inspiration by someone or other in almost every issue of Vogue."

A little color inspiration from the community: