The Ancient Egyptians had a rich culture full of advance communication, art & science. We know all this because of the record they left behind, but what we might not realize is how important color symbolism was to them, and how color plays an integral part in understanding that history. Color was often used purely as symbolism, rather then for realistic accuracy of a subject. A king might be painted with black skin, but it was only to assure the fertility of the land to his subjects, as black was used to symbolize fertility. Many other examples like this exist throughout their culture. By taking a look at the meanings behind each color, maybe we can gain a better understanding of this, or any, culture. Egyptian Color Symbolism

Here are some Egyptian color symbolism theories broken down by color.

- The black silt of the Nile.

- The king of the afterlife, Osiris, was called "the black one." 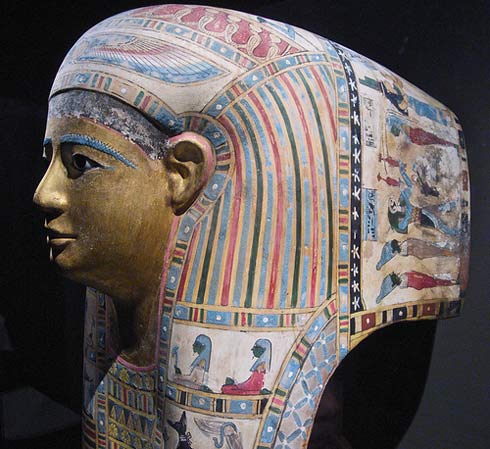 - Mummies of pharaohs contained a tiny reproduction of the human heart, which was always made from a red stone.

- Egyptians would paint their bodies with red ochre and would wear amulets made of cornelian, a deep red stone.

- Seth, the god who stood at the prow of the sun's barque and slew the serpent Apep daily, had red eyes and hair.

- Mummy masks and cases of the pharaohs were often made of gold. 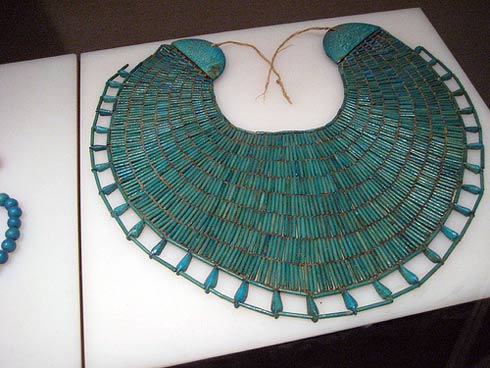 - The Book of the Dead makes reference to the deceased becoming a falcon "whose wings are of green stone", referring to new life and rebirth.

- Wadj, the word for green, means to flourish or be healthy.

- Green malachite was a symbol of joy. "Field of malachite" was used when speaking of the land of the blessed dead.

- The phoenix, a symbol of the primeval flood, was based on the gray-blue heron and was usually portrayed with bright blue feathers to emphasize its association with the waters of creation.

Thanks to Iona for the suggestion.


Thank you so much for sharing! I've always been fascinated by Ancient Egypt.
Reply

If we could rate blogs, I'd give this one 10 hearts!
Reply

hmmm...I should run this old palette through COPASO...

Wow I did not know that!
Reply

The Egyptians have always intrigued me. I find myself using color themes that would go with their culture all the time.
Reply

I saw the King Tut exhibit in Seattle in the early 1970's. It was incredible. Lots of gold and lapis. This article helps me understand more about their art and use of color. Thank you!
Reply

Last year I went to the Valley of the Kings and Valley of the Queens in Luxor, we could see all these colours on the walls of all the tombs that we visited, most of them look as fresh as if they have been coloured today. Beautiful.