The first practical application of high-speed photography was Eadweard Muybridge's 1878 investigation into whether horses' feet were actually all off the ground at once during a gallop.

Bell Telephone Laboratories was one of the first customers for a camera developed by Eastman Kodak in the early 1930s. Bell used the system, which ran 16 mm film at 1000 frame/s and had a 100-foot (30 m) load capacity, to study relay bounce. When Kodak declined to develop a higher-speed version, Bell Labs developed it themselves, calling it the Fastax. 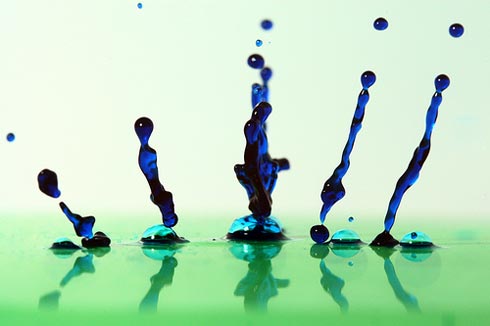 The Fastax was capable of 5,000 frame/s. Bell eventually sold the camera design to Western Electric, who in turn sold it to the Wollensak Optical Company. Wollensak further improved the design to achieve 10,000 frame/s. Redlake Laboratories introduced another 16 mm rotating prism camera, the Hycam, in the early 1960s. Photo-Sonics developed several models of rotating prism camera capable of running 35 mm and 70 mm film in the 1960s. Visible Solutions introduced the Photec IV 16 mm camera in the 1980s. 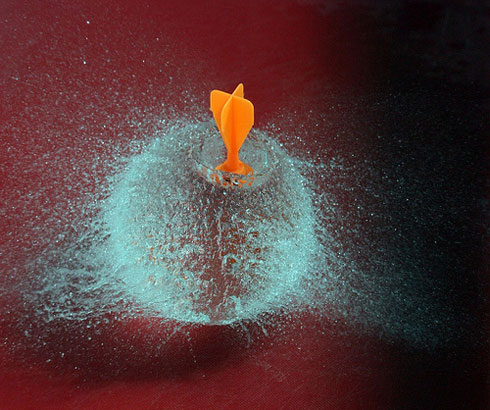 The D. B. Milliken company developed an intermittent, pin-registered, 16 mm camera for speeds of 400 frame/s in 1957. Mitchell, Redlake Laboratories, and Photo-Sonics eventually followed in the 1960s with a variety of 16, 35, and 70 mm intermittent cameras. 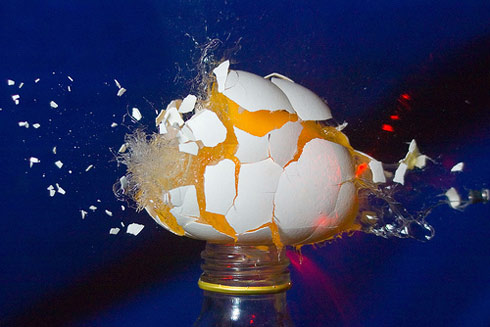 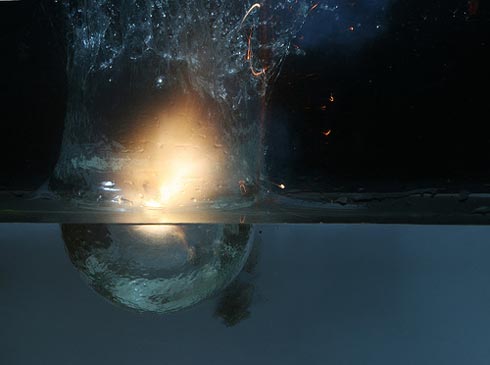 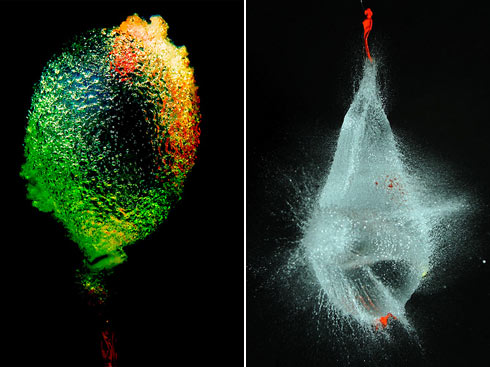 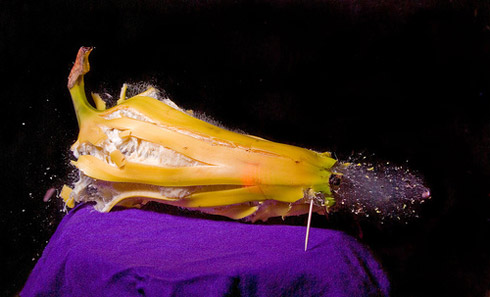 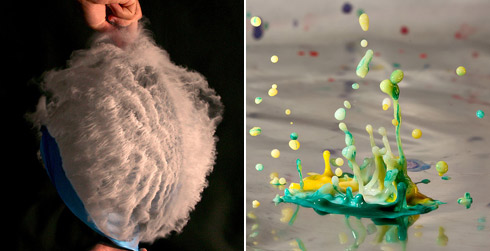 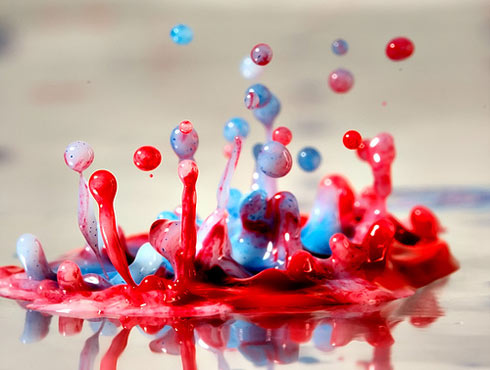 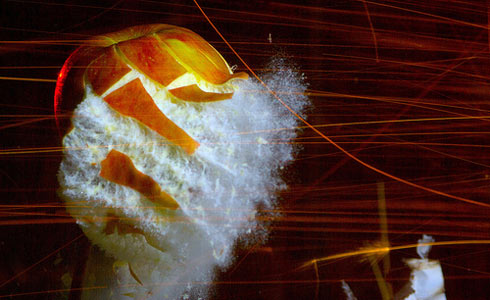 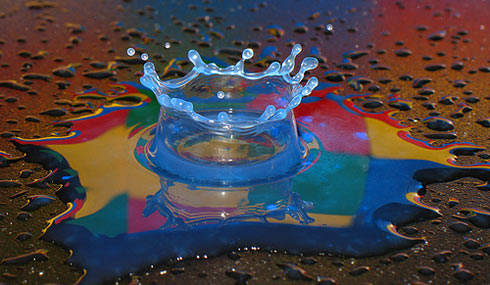 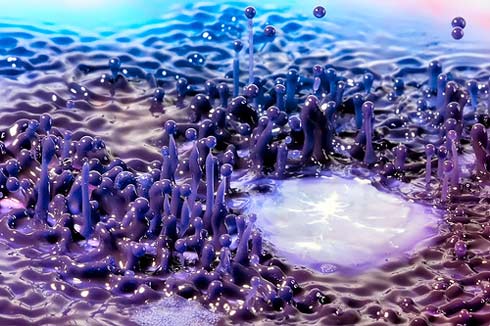 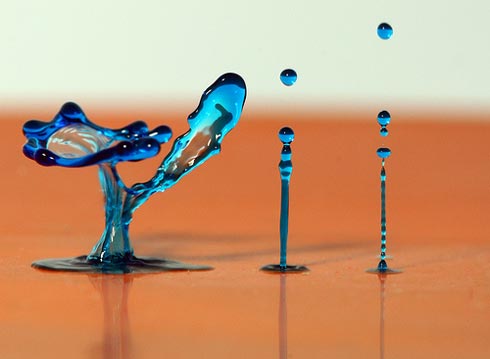 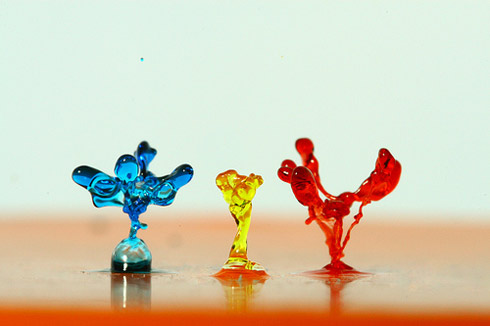 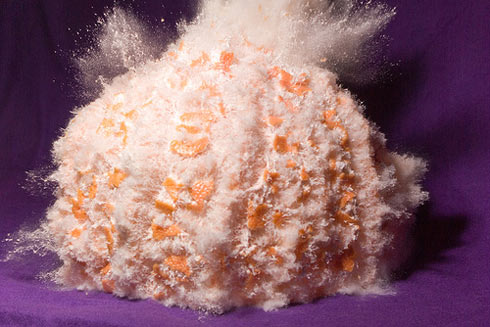 What is the first picture of? It's an apple, but what's happening to it? Awesome pictures!
Reply

These are amazing photos! Please explain what we are seeing - what is hitting what at what speed...
Reply

to find out more about the process behind each photo check out the source page of each photographer by clicking on the name below the photo.

@ J-man here's what nebarnix says about the apple shot:

5 grams of black powder (2FA) behind a D-battery. Estimated velocity? who knows! But who cares, this projectile weighed 250 grams!!! Look closely and you can see the outline of the battery inside of the apple debris.

The shot is out of focus and the projectile didn't hit straight on. But its the first shot that I got so it has to be posted for the record. The egg proved to be too difficult to hit (D-batteries lack riflings of course).

The flash had some problems as well, the reflective coating on the main reflector is conductive and large tracts were vaporized leaving the reflector muddy and dim. I guess its time to get a new dollar store strobe light.

people need to watch time warp, that show on the discovery channel.

BUT THIS IS WAY COOL! >D
Reply

Very interesting and inspiring. All looks very nice. Thanks for sharing.