The Colors Of The Wonderful Wizard Of Oz

The classic story and illustrations of The Wonderful Wizard of Oz are a testament to the talent and imagination of both L. Frank Baum and W.W. Denslow. Their use of color helped shape the tale of Dorothy, the Tin Woodmen, Scarecrow and Cowardly Lion along with all the other characters in the land of Oz.

The regions have a color schema: blue for Munchkins, yellow for Winkies, red for Quadlings, green for the Emerald city, and (in works after the first) purple for the Gillikins, which region was also not named in the first book.(This contrasts with Kansas; Baum, describing it, used "gray" nine times in four paragraphs.) 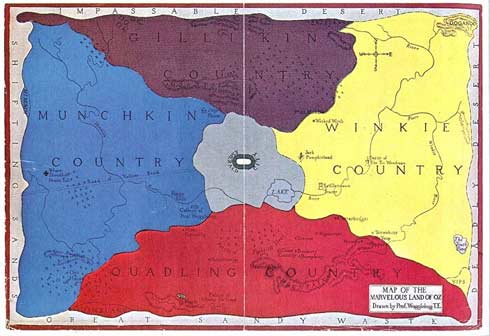 In The Wonderful Wizard of Oz, this is merely the favorite color, used for clothing and other man-made objects, and having some influence on their choice of crops, but the basic colors of the world are natural colors. The effect is less consistent in later works. In The Marvelous Land of Oz, the book states that everything in the land of the Gillikins is purple, including the plants and mud, and a character can see that he is leaving when the grass turns from purple to green, but it also describes pumpkins as orange and corn as green in that land. Baum, indeed, never used the color schema consistently; in many books, he alluded to the colors to orient the characters and readers to their location, and then did not refer to it again. His most common technique was to depict the man-made articles and flowers as the color of the country, leaving leaves, grass, and fruit their natural colors.

Color of the Witches

White is the traditional color of witches in Oz. The Good Witch of the North wears a pointed white hat and a white gown decorated with stars, while Glinda, the Good Witch of the South (called a "sorceress" in later books), wears a pure white dress. Dorothy is taken for a witch not only because she had killed the Wicked Witch of the East, but because her dress is blue and white checked. 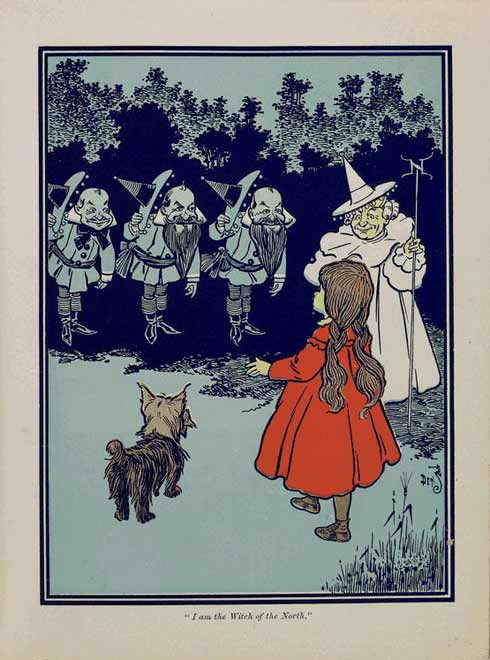 The design was lavish for the time, with illustrations on every page, backgrounds in different colors, and several color plate illustrations. The distinctive look led to imitators at the time, most notably Zauberlinda, the Wise Witch. The typeface was the newly-designed Monotype Old Style. 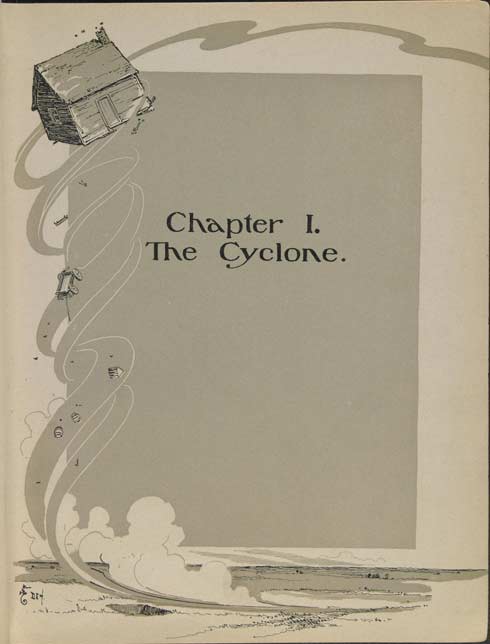 Baum acknowledged the influence of the Brothers Grimm and Hans Christian Andersen, which he was deliberately revising in his "American fairy tales" to include the wonder without the horrors.

Local legend has it that Oz, also known as The Emerald City, was inspired by a prominent castle-like building in the community of Castle Park near Holland, Michigan where Baum summered. The yellow brick road was derived from a road at that time paved by yellow bricks. Baum scholars often reference the 1893 Chicago World's Fair as an inspiration for the Emerald City. Other legends allude that the inspiration came from the Hotel Del Coronado near San Diego, California. Baum was a frequent guest at the hotel, and had written several of the Oz books there. 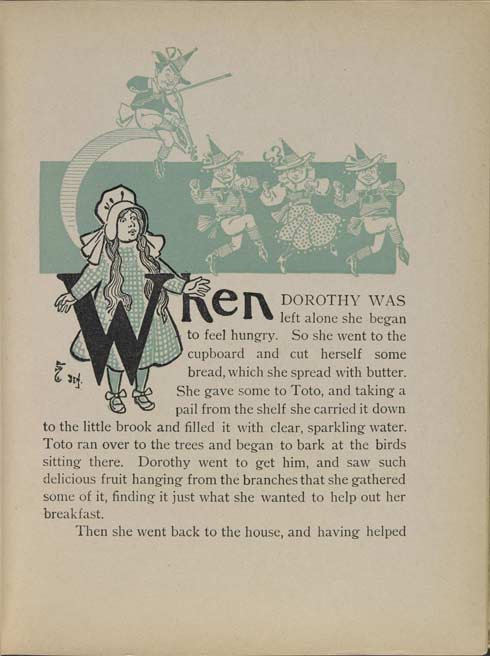 Another influence lay in the Alice books of Lewis Carroll. Although he found their plots incoherent, Baum identified their source of popularity as Alice herself, a child with whom the child readers could identify; this influenced his choice of a protagonist.

The name "Oz" came from a file drawer labeled "O–Z" according to reports from Baum and his sons. 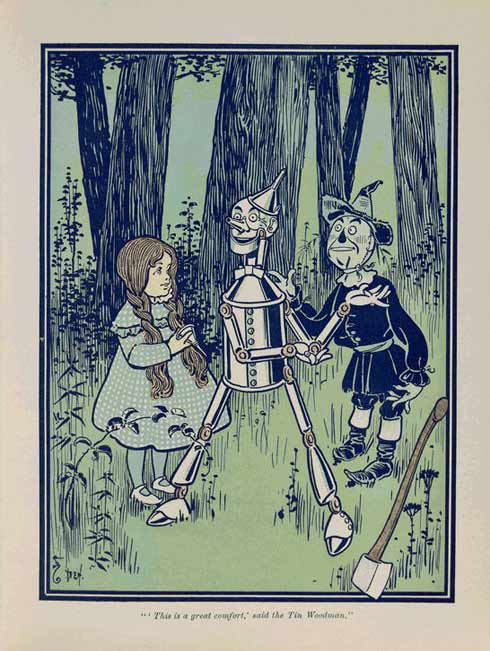 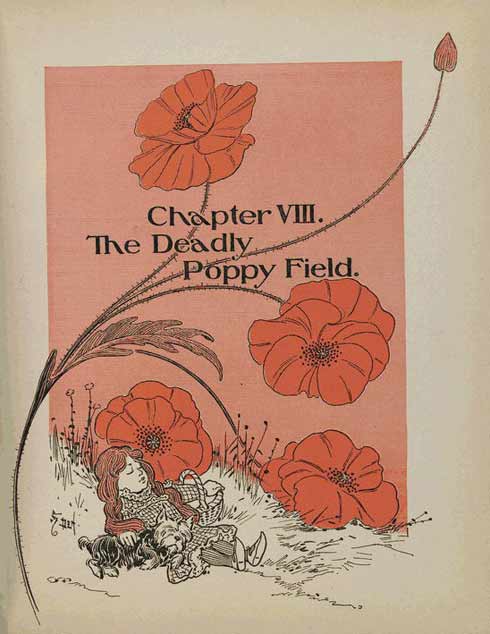 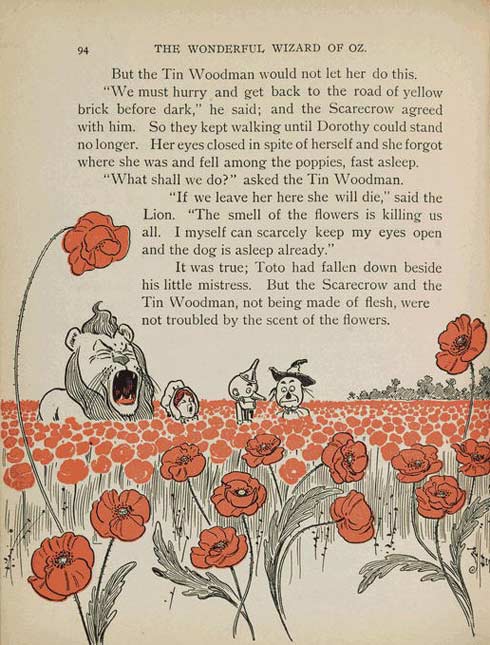 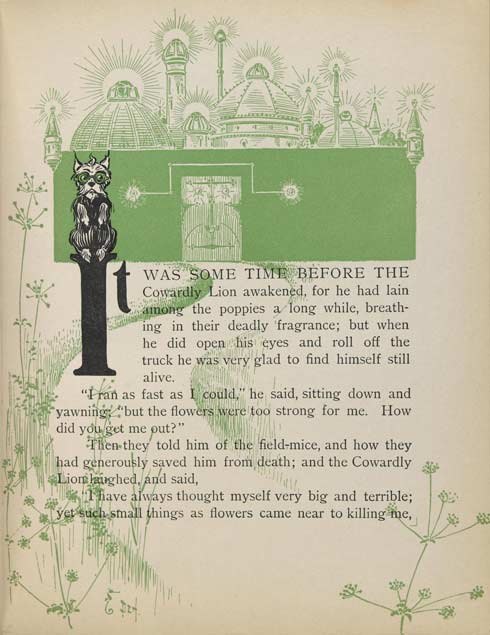 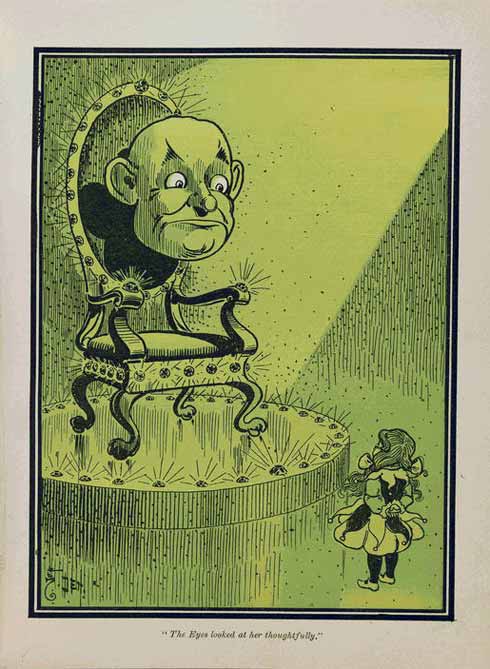 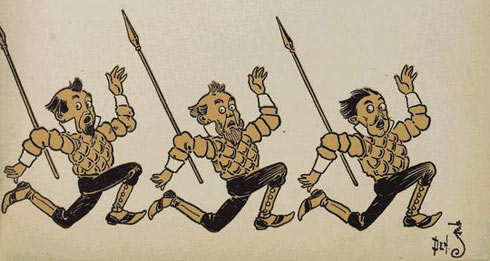 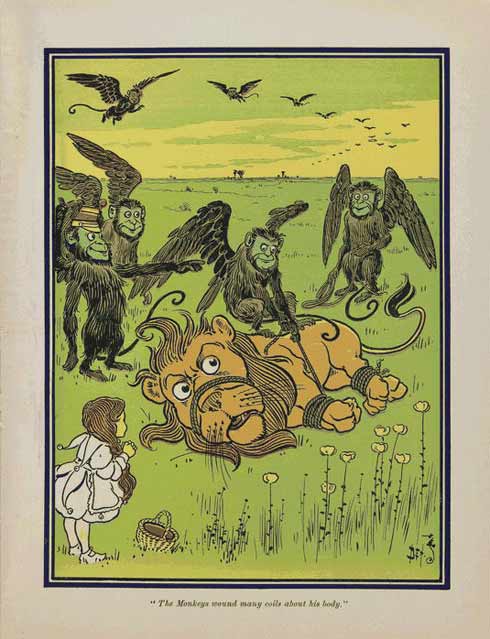 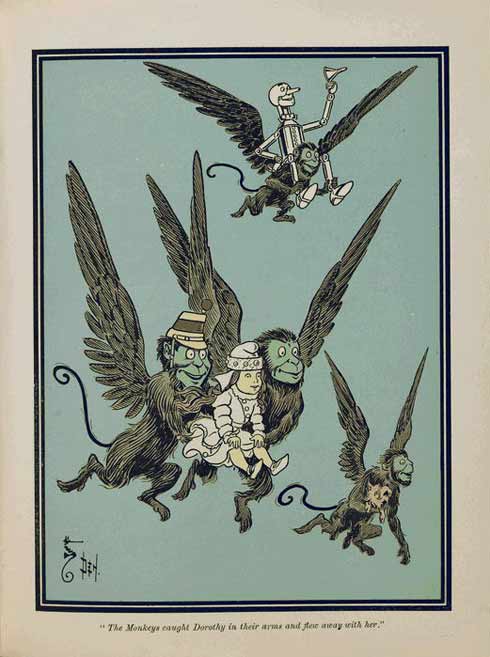 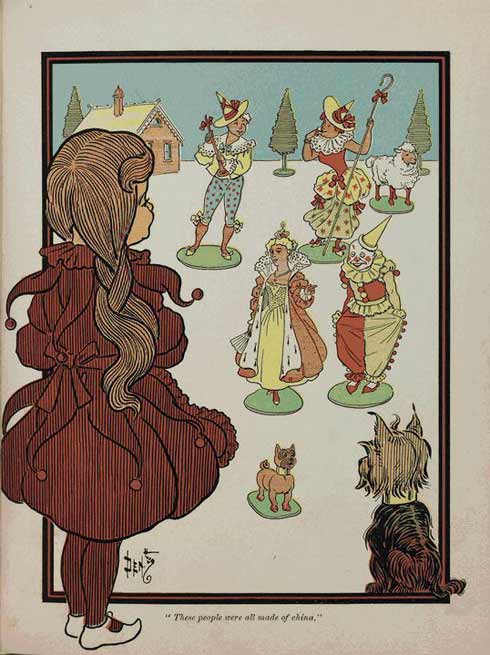 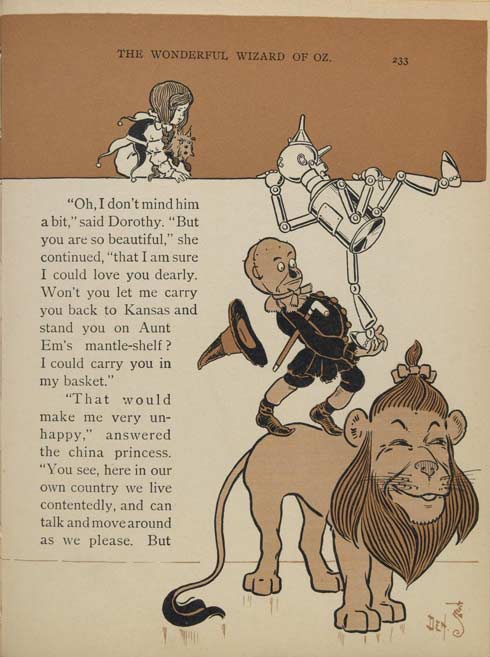 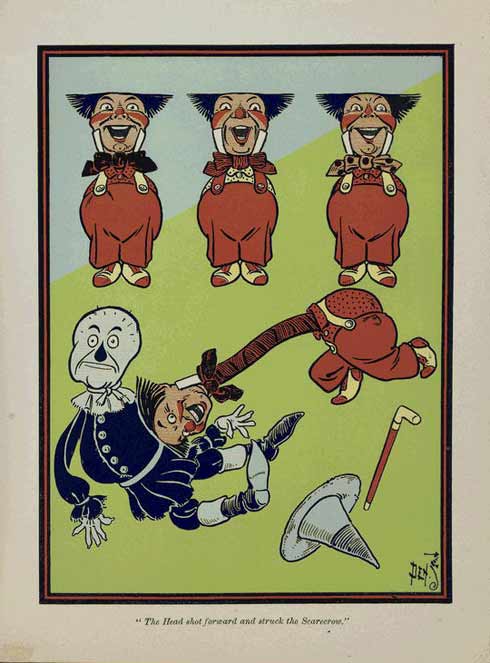 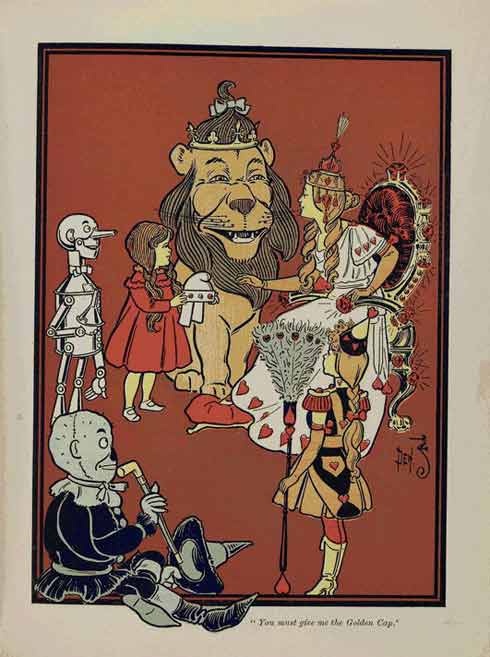 Images from the library of congress.

See more colors from the Wizard of Oz here.

www.colourlovers.comDavid Sommers has been loving color as COLOURlovers' Blog Editor-in-Chief for the past two years. When he's not neck deep in a rainbow he's loving other things with The Post Family (http://thepostfamily.com/), a Chicago-based art blog, artist collective & gallery.
12 Comments
Showing 1 - 12 of 12 Comments
Reply

A-MAZING! I adore vintage books. Thanks so much for this.
Reply

This is my absolute favorite book AND movie. Simply wonderful.
Reply

fantastic!! thanks for posting this :)
Reply

Even before the movie was colorized, and when still just a little kid, I started fearing those flying monkeys! The ones in the book are not so ominous! The monkeys still scare me by the way.
Reply

My version of this book, which is a fairly new edition, is sadly black and white, though it still has all of the illustrations. But, I've always loved these same sorts of colors in old children books in general (especially the older Childcraft books, I still have my set although I plan on giving them to my younger cousin soon, the illustrations were one of the best parts).
Reply