Romanticism was a key movement in the counter-enlightenment and a propagator to a drastic shift in art to an emphasis in intuition, imagination, and feeling. While it may have led to some Romantic thinkers being accused of irrationalism, these were the perfect conditions to redefine the use of color.

Coming off the back of ideals from the french revolution, and breaking from the realities of the industrial revolution, "Romanticism elevated the achievements of what it perceived as misunderstood heroic individuals and artists that altered society. It also legitimized the individual imagination as a critical authority which permitted freedom from classical notions of form in art." 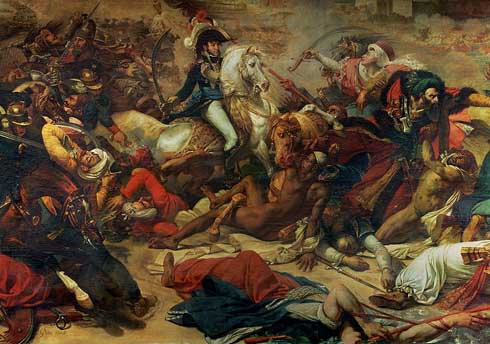 Antoine Jean Gros began the transition from neoclassicism to romanticism by moving away from the sober style of his teacher, Jacques-Louis David, to a more colorful and emotional style, influenced by the Flemish Baroque painter Peter Paul Rubens, which he developed in a series of battle paintings glorifying Napoleon. 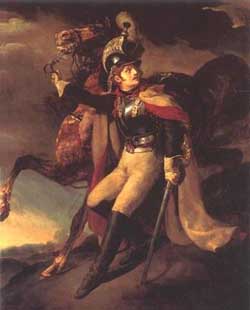 The main figure for French romanticism was Théodore Géricault, who carried further the dramatic, coloristic tendencies of Gros's style and who shifted the emphasis of battle paintings from heroism to suffering and endurance. In his Wounded Cuirassier (1814) a soldier limps off the field as rising smoke and descending clouds seem to impinge on his figure. 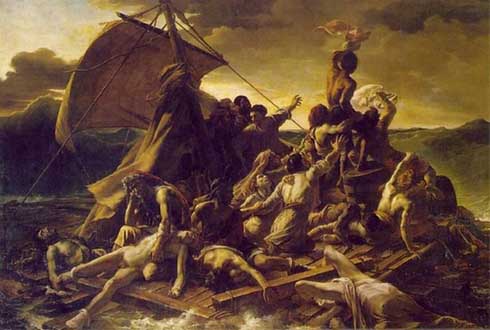 The powerful brushstrokes and conflicting light and dark tones heighten the sense of his isolation and vulnerability, which for Géricault and many other romantics constituted the essential human condition. 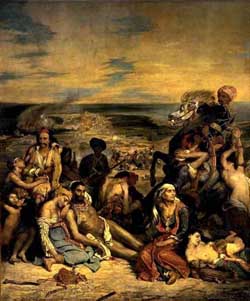 Eugène Delacroix often took his subjects from literature, but he aimed at transcending literary or didactic significance by using color to create an effect of pure energy and emotion that he compared to music. Rejecting the neoclassical emphasis on form and outline, he used halftones derived not from darkening a color but from juxtaposing the color's complement. The resulting effect of energetic vibration was intensified by his long, nervous brushstrokes. 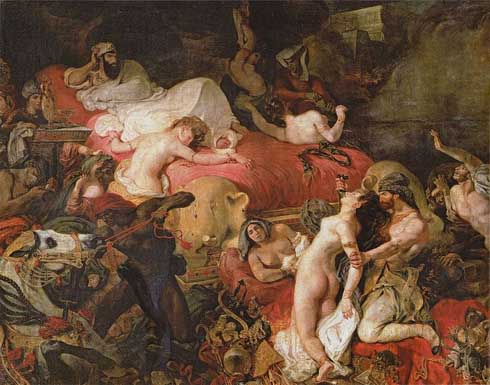 His Death of Sardanapalus (1827), inspired by a work of the English romantic poet Lord Byron, is precisely detailed, but the action is so violent and the composition so dynamic that the effect is of chaos engulfing the immobile and indifferent figure of the dying king. 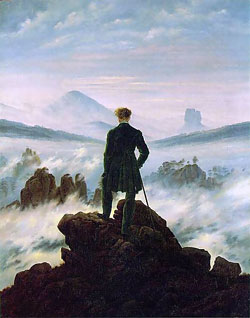 The greatest German romantic painter, was Caspar David Friedrich, whose meditative landscapes, painted in a lucid and meticulous style, hover between a subtle mystical feeling and a sense of melancholy solitude and estrangement. 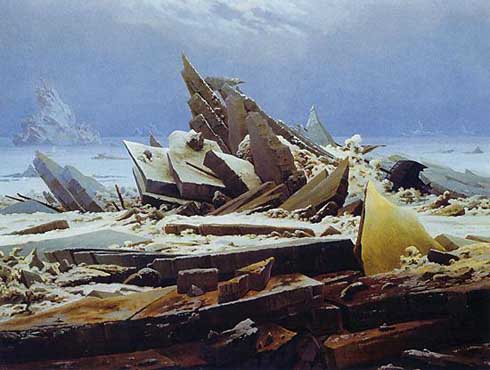 In the Polar Sea (1824), his romantic pessimism is most directly expressed; the remains of a wrecked ship are barely visible beneath a pyramid of ice slabs that seems a monument to the triumph of nature over human aspiration. 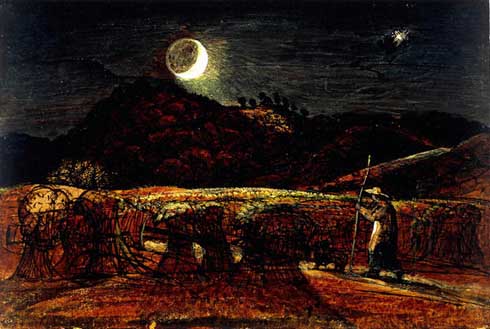 Landscapes suffused with romantic feeling became the chief expression of romantic painting in England, as in Germany, but the English artists were more innovative in style and technique. 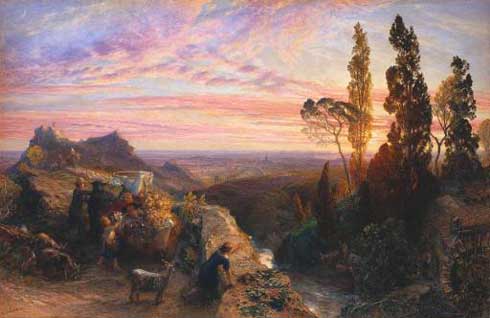 Samuel Palmer painted landscapes distinguished by an innocent simplicity of style and a visionary religious feeling derived from the writer William Blake. 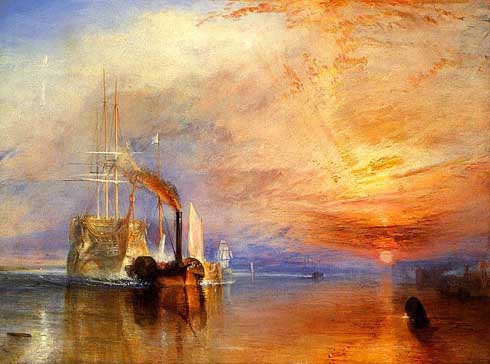 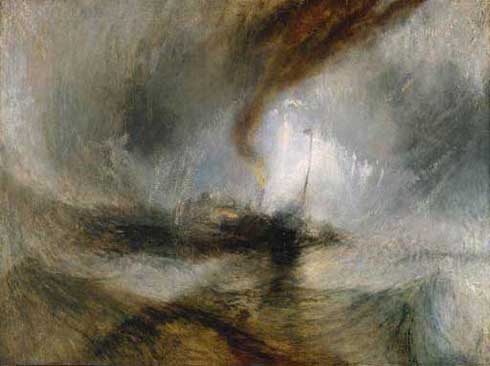 Beginning with landscapes reminiscent of the 17th-century French painter Claude Lorrain, he became, in such later works as Snow Storm: Steam Boat Off a Harbor's Mouth (1842), almost entirely concerned with atmospheric effects of light and color, mixing clouds, mist, snow, and sea into a vortex in which all distinct objects are dissolved. 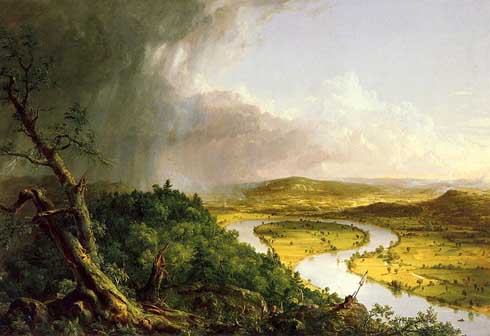 The leading figure of the Hudson River School was the English-born Thomas Cole, whose depictions of primeval forests and towering peaks convey a sense of moral grandeur. 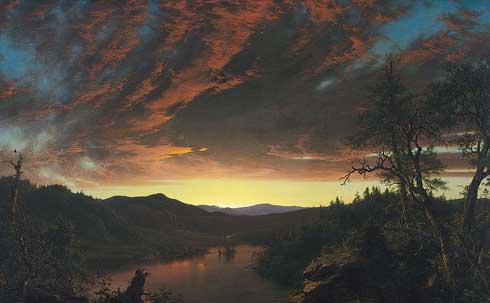 Beautiful! I love these paintings :)
Reply

These are lovely. Polar Sea just about did me in, romantically.
Team
Reply

Wow, I love the colors in this style of art. I don't think I really thought much about it until seeing all the art together in one post.
Reply

Amazing! Twilight Wilderness is breathtaking. The sky is perfect.