As it is the first day of the Chinese lunar new year I thought we would take a look at a little history of the celebration and why the color red is so important. So, let us wish everyone a happy 'Chinese year' of 4707, 4706, or 4646. We hope much luck will come in this year of the Ox.

According to tales and legends, the beginning of Chinese New Year started with the fight against a mythical beast called the Nian or "Year" in Chinese. Nian would come on the first day of New Year to devour livestock, crops, and even villagers, especially children. To protect themselves, the villagers would put food in front of their doors at the beginning of every year and believed that after the Nian ate the food they prepared, it wouldn’t attack any more people. Once, people saw the Nian was scared away by a little child wearing red, they then understood that the Nian was afraid of the color red. Hence, every time when New Year was about to come, the villagers would hang red lanterns and spring scroll on windows and doors. People also used firecrackers to frighten the Nian and from then on, the Nian never came to the village again and was eventually converted by Hongjunlaozu, a Taoist in the old time, and became his mount. 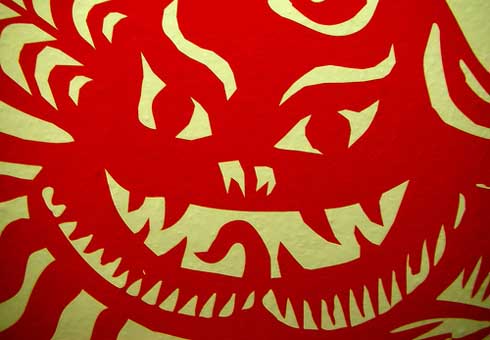 The Chinese New Year celebrations are marked by visits to kin, relatives and friends, a practice known as "new-year visits" (Chinese: 拜年; pinyin: bàinián). New clothes are usually worn to signify a new year. The colour red is liberally used in all decorations. Red packets are given to juniors and children by the married and elders.

Red envelopes are passed out during the Chinese New Year's celebrations, from married couples or the elderly to unmarried juniors. It is also common for adults or young couples to give red packets to children. Red packets are also known as 壓歲錢/压岁钱 (Ya Sui Qian, which was evolved from 壓祟錢/压祟钱, literally, the money used to suppress or put down the evil spirit ) during this period.

Red packets almost always contain money, usually varying from a couple of dollars to several hundred. Per custom, the amount of money in the red packets should be of even numbers, as odd numbers are associated with cash given during funerals (帛金 : Bai Jin). The number 8 is considered lucky (for its homophone for "wealth"), and $8 is commonly found in the red envelopes. The number six is also very lucky due to the reason, in chinese six[六,liu] can mean smooth, as in having a smooth year. Sometimes chocolate coins are found in the red packets.

Bamboo stems filled with gunpowder that were burnt to create small explosions were once used in ancient China to drive away evil spirits. In modern times, this method has eventually evolved into the use of firecrackers during the festive season. Firecrackers are usually strung on a long fused string so it can be hung down. Each firecracker is rolled up in red papers, as red is auspicious, with gunpowder in its core.

Clothing mainly featuring the color red is commonly worn throughout the Chinese New Year because it is believed that red will scare away evil spirits and bad fortune. In addition, people typically wear new clothes from head to toe to symbolize a new beginning in the new year. Wearing new clothes also symbolizes having more than enough things to use and wear in the new year.

The Koi fish is usually seen in paintings. Decorated food depicting the fish can also be found. It symbolizes surplus or having additional savings so as to have more than enough to live throughout the remaining year. It coheres with the Chinese idiom (Pinyin: niánnián yŏuyú) 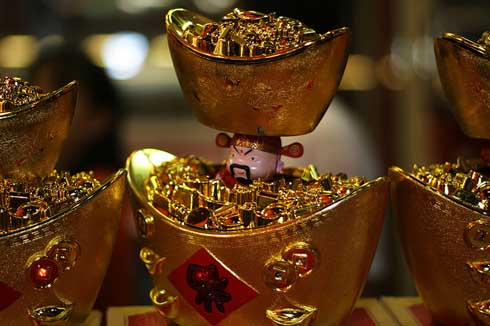 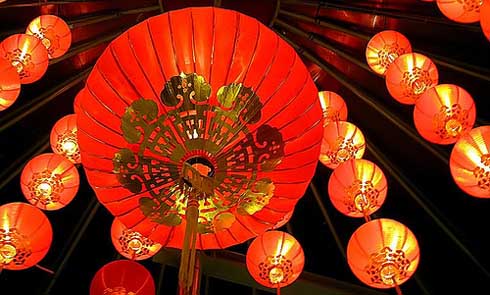 These lanterns differ from those of Mid Autumn Festival in general. They will be red in colour and tend to be oval in shape. These are the traditional Chinese paper lanterns. Those lanterns, used on the fifteenth day of the Chinese New Year for the Lantern Festival, are bright, colourful, and in many different sizes and shapes. 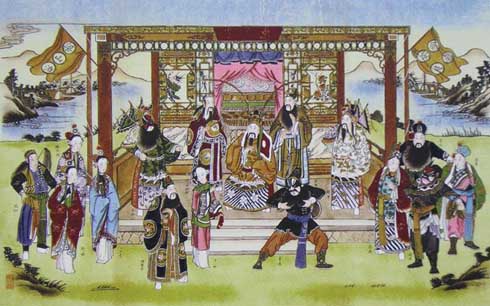 Decorations generally convey a New Year greeting. They are not advertisements. Chinese calligraphy posters show Chinese idioms. Other decorations include a New year picture, Chinese knots, and papercutting and couplets. 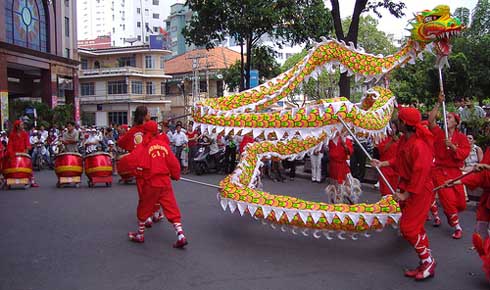 Dragon and lion dances are common during Chinese New Year. It is believed that the loud beats of the drum and the deafening sounds of the cymbals together with the face of the dragon or lion dancing aggressively can evict bad or evil spirits. Lion dances are also popular for opening of businesses in Hong Kong.

Text & some images from Wikipedia

It seems like I did a ton of the bad luck stuff.
Still haven't checked how much was in the red pockets though xD <3
Reply

I think it's funny that in other cultures these are frowned upon, seen altogether as inauspicious. I think it's just a cultural thing and that if it says you should have fun then you should have fun! Eastern culture is so interesting to me, especially the clothing. I just think we should look on it in the West and try to learn as much about it: the history, the colours, etc; as we can! So what if most of this isn't true anymore, or if it never was. We in the West have our own practices that are probably frowned upon in the East. I just say have fun, be happy, and go out drinking with your friends. XD Happy Chinese New Year! And happy 24th birthday to my boyfriend!
Reply

I am so honored. Never expected to see my Koi fish around. Very glad it is for a really good use. Thanks. Nice article by the way. They also eat lots of dumplings on new year. :D
Reply

Is evad a Chinese? if not, It is amazing to see someone from outside chinese culture introduce the Chinese New Year so professionally. thank you.
Reply