The Colorful Art Of Mehndi

Mehndi is the application of Henna as a temporary form of skin decoration which is popular in South Asia, the Middle East, North Africa and Somalia. Mehndi decorations became fashionable in the West in the late 1990s, where they are sometimes called henna tattoos. Henna is typically applied during special occasions like weddings and festivals. It is usually drawn on the palms and feet, where the color will be darkest because the skin contains higher levels of keratin which binds temporarily to lawsone, the colorant of henna. Henna was used as a form of decoration mainly for brides.

The term henna tattoo is inaccurate, because tattoos are defined as permanent surgical insertion of pigments underneath the skin, as opposed to pigments resting on the surface. Likely due to the desire for a "tattoo-black" appearance, many people have started adding the synthetic dye PPD to henna to give it a black color. PPD is extremely harmful to the skin and can cause severe allergic reactions resulting in permanent injury or even, in the worst case, death.

Henna paste is usually applied on the skin using a plastic cone or a paint brush, but sometimes a small metal-tipped jacquard bottle used for silk painting (a jac bottle) is used. Henna is available at stores. The painted area is then wrapped with tissue, plastic, or medical tape to lock in body heat, creating a more intense color on the skin. The wrap is worn overnight and then removed. The final color is reddish brown and can last anywhere from two weeks to several months depending on the type of the paste. 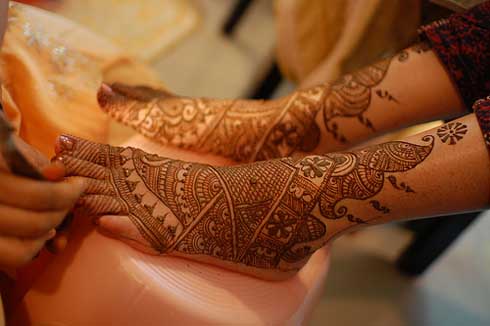 The patterns of mehndi are typically quite intricate and predominantly applied to brides before wedding ceremonies. However, traditions in India, Bangladesh and Sudan sometimes expect bridegrooms to be painted as well. In Rajasthan (north-west India), where mehndi is a very ancient folk art, the grooms are given designs that are often as elaborate as those for brides.

In Arabic and Persian speaking countries such as Morocco, and some other countries in central Asia, it is done for any special occasion. It is done during the seventh month of pregnancy, after having the baby, weddings, engagements, family get-togethers, as well as many other reasons to simply celebrate an event. 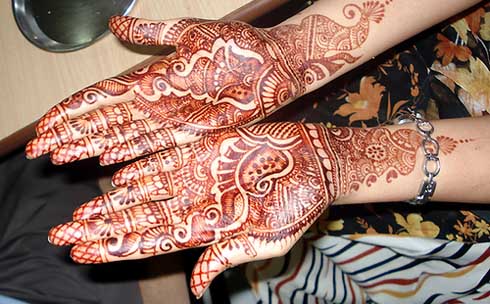 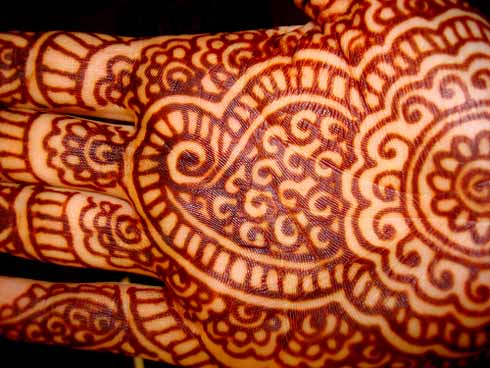 Photo by Nina May 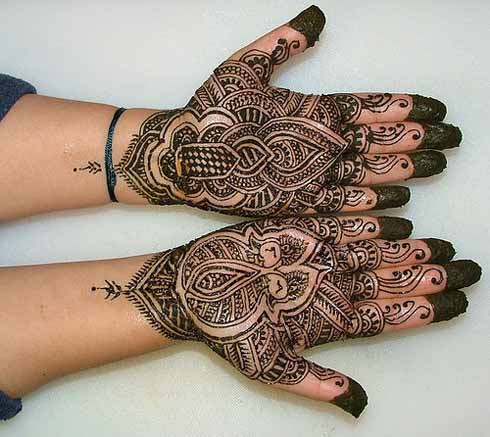 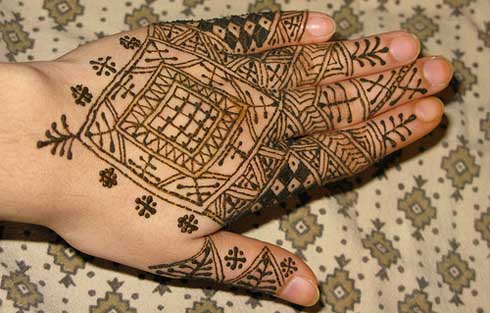 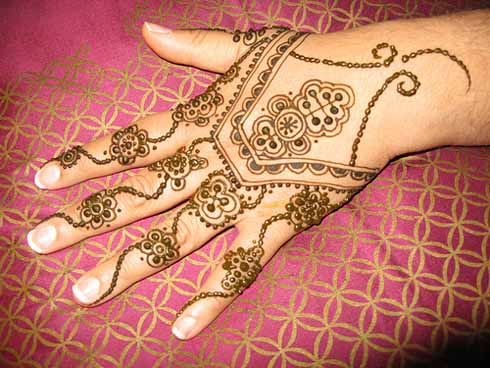 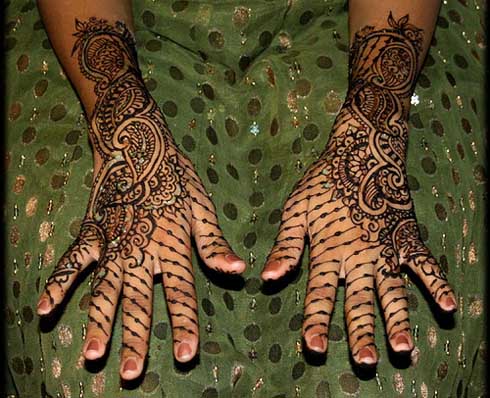 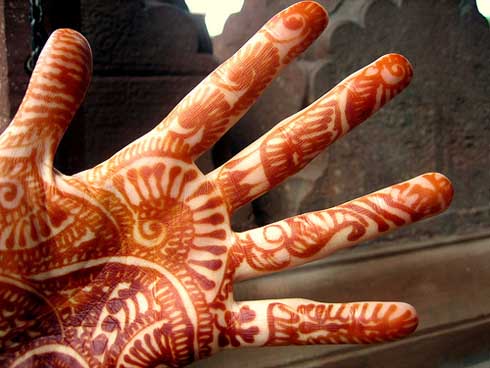 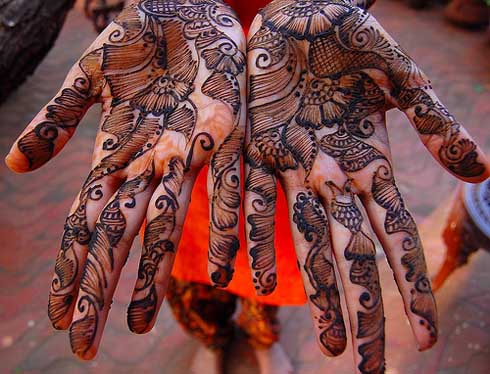 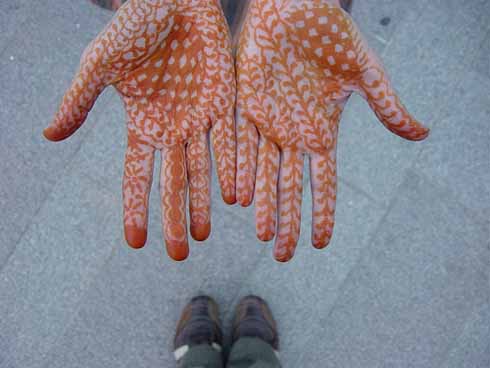 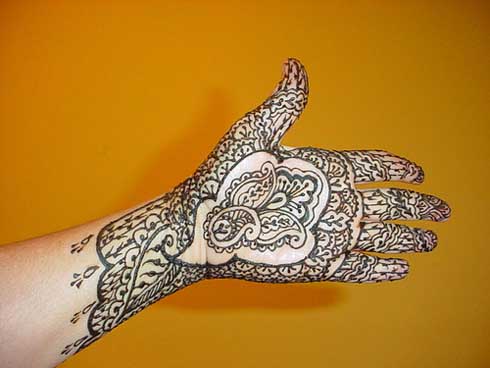 Text quoted from Wikipedia. For more info and images check out this link.
Header image by Hiral Henna

my family knew someone from india who had henna on her hands for something like seven months out of the year. not straight, of course, but every time we saw her she practically had brand new ones. i love this kind of art, it's so pretty. i've gotten it done on me for several parties. it's wicked cool, and the best part is - if you don't want it to last too long, it goes away in a few weeks! ^^ change it up!
Reply

I've always wanted to get a mehndi! I made this pattern with inspiration from mehndi/henna tattoos:

I had mehndi on my hands for my wedding. I lived in Durban at the time - it has a strong Hindu culture. It was a lovely experience - a friend who applies mendhi for traditional Hindu weddings came to my house the night before the wedding and did my hands for me
It was such a calm, peaceful ceremony, just sitting there and watching the designs grow.
Now I have real tattoos as well - apart from the pain, its a very similar experience. Being the object of some-ones sustained, slow, careful attention as they work on the design, and having to accept that it takes a long time - I find it profoundly satisfying.
Reply

i did these a while ago. i'm a mehndi addict! i'm negotiating with the mehndi artist to come to my art club and do designs for all the students. they can't wait.

and check the link in the palette "henna muse" for info and supplies.

and the best part is - if you don't want it to last too long, it goes away in a few weeks! ^^ change it up!

i love it because it isn't a real tattoo, too.