Imagine hiking on a sunny mountain and witnessing an unforgettable phenomenon worthy of a Hollywood special effects team: as a bank of chilly fog rises from a couloir, your shadow grows to gigantic proportion (hundreds of feet high), surrounded by a prismatic halo.

In olden times, the spectre was considered to be of supernatural origin and fearfully ominous in nature.  Today, the phenomenon is known as a "Brocken Bow," named after a mountain in Germany.  Like a small, circular rainbow, a foggy Brocken Bow tends to last from several seconds to fifteen minutes.  Bands of color surround the gigantic shadow at a distance of several feet.  The outermost band is red, and the others follow the order of the typical rainbow.  In some cases, a Brocken Bow is surrounded by a second bow, whose color order is reversed.  A similar phenomenon, known as a Glory, is distinguished by the fact that the bands of color touch the head of the shadow.  Glories typically sport seven bands of color and can last for hours at a time.  Sometimes Glories are surrounded by glowing white fog bows.

In ideal conditions, the sun shines behind the observer and a cloud of fog rises from a lower elevation in front.  The ideal temperature for Brocken Bows and Glories varies between 19 and 56 degrees Fahrenheit.  Though the bands of colors are no illusion, the size of the shadow is actually a trick of the eye.  Apparently, the shadow appears gigantic due to a distortion of depth caused by moving fog particles at varying distances.

For a detailed description of Brocken Bows and Glories from a scientific point of view, see Henry Sharpe's piece for Scottish mountaineers.  Also don't miss The Nonist's study on the phenomenon, illustrated with vintage woodcuts and color photographs. 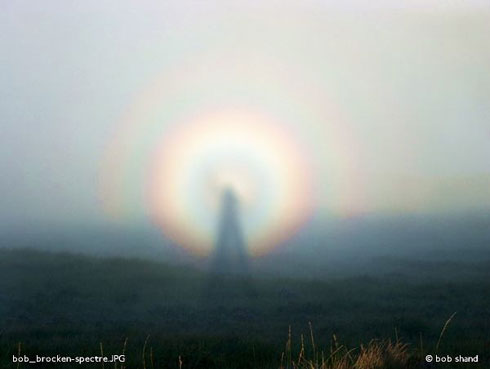 Photo by bob the lomond 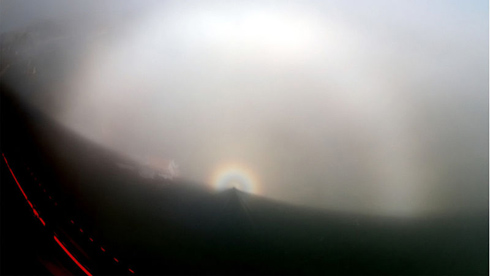 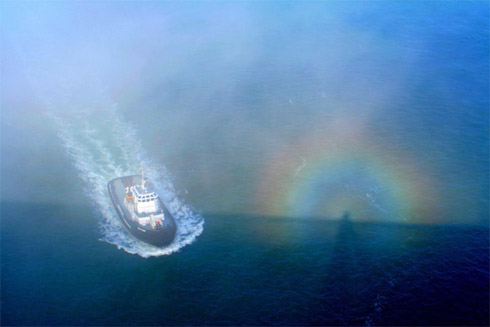 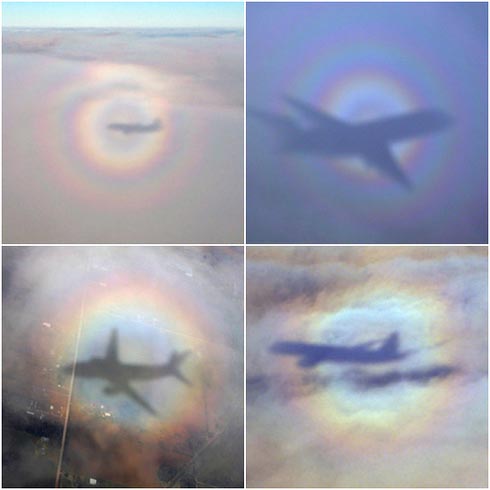 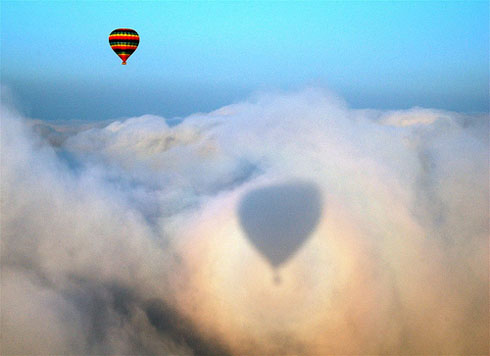 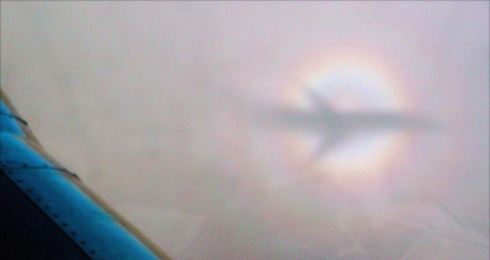 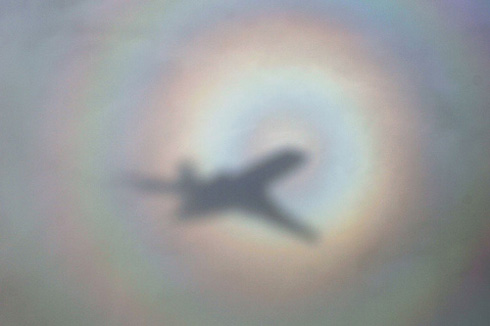 I had never heard about this phenomenon before. Thank you for sharing it.
Reply

this is so pretty :D
i love the first picture in the article
Reply

your own personal rainbow! how cool!
Reply

wow. very very cool. thanks for telling us about this! :)
Reply

evad, you always find the most interesting topics. This is fascinating.
Reply

Professor, you always find the most interesting topics. This is fascinating.
Reply

!!! Once I saw this, in these conditions you´ve pointed: I was in "Pico da Bandeira - Brasil (2000mt)" , fog, cold... And today I discovered I was not dreaming! A "circular rainbow", nobody believed me!

I just don´t remember the shadow, that seems to be the most impactant element...maybe it was an invisibe airplane like these in the pictures.