Today we are featuring the work of Josef Albers the famous Bauhaus teacher, painter and designer. Julie Cloutier a young artist with an eye for finding color inspiration in daily life, and Mike Womack, an interactive artist who plays between the lines of sculpture and painting to crate a unique experience of color.

Josef Albers was a professor at the famous Bauhaus before immigrating to the United States after the Nazi's closure of the school in 1933. 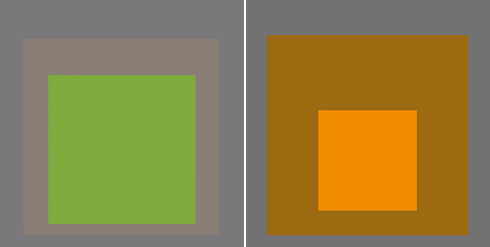 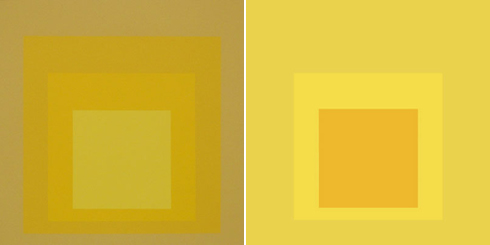 He most famous work, and the work featured here, is from his 'Homage to the Square' series, which included hundreds of paintings and prints that explored the interaction of color presented simply on squares. The mediums and techniques changed slightly over the 25 year span that he devoted to the series, starting as oil paintings on Masonite panel, Albers also produced the work as lithographs, and finally, as screen-prints.

Taking inspiration from her daily observations of living in New York City, Julie paired up photos with color swatches to create this wonderful little book. 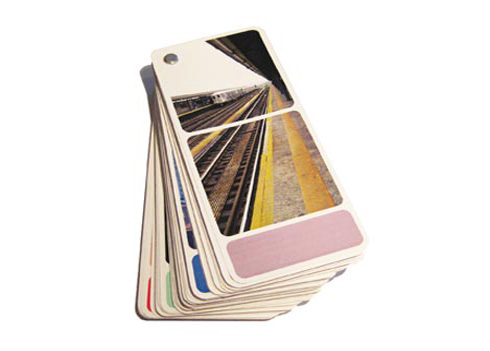 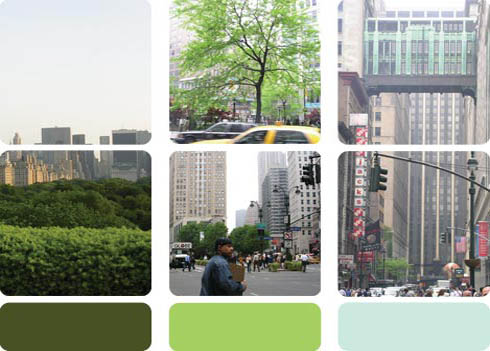 Julie is one of the halves to the art & design team facing desks based in San Francisco.

In his site specific installation 'Heat is Not Made of Tiny Hot Things,' Georgia native Mike Womack offers an exploration of the disputed territory between painting and sculpture where modernism left off and postmodernism took over. Enlisting the dutiful reasoning of a revisionist art historian, he inserts a new chapter into an outdated survey text. Yet he does so interactively, in four dimensions rather than two.

Entering the space, I am confronted by a grid. Five thousand candy colored, tow-inch panels from a seemingly static, abstract image on the galleys far wall. The initial impact is phenomenal enough to disarm my critical faculties, that is , my natural tendency to search for a conceptual hook. As I proceed into the space, however the pictorial stability begins to falter. I soon realize that each panel is a mirror that, resting on a ball-and- socket, is calibrated to sample a sculptural object at that back of the gallery. The abstract color gradient thus shifts between various schemes as I change position, while the organization of the central grid remains intact. 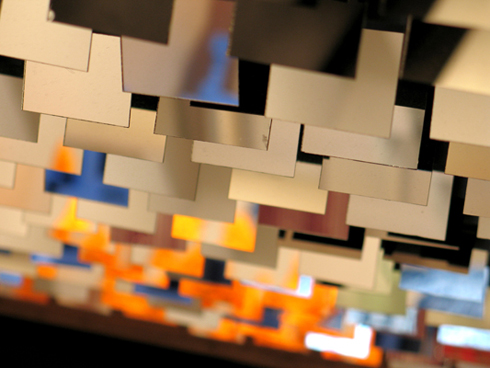 At the rear of the gallery, several groups of geometric, monochrome sculptures reveal themselves as the source of the walls color: a wedge of sculpted yellow rope, a cluster of lime-green playground ball, several towers of regularly stacked red wood blocks, and so on. My process of recognition entails my cognitive transference of the sculptures local color to the universal color of the abstract image represented in the mirrors. This transformation underscores Womacks assumptions about the fugitive nature of form, shape, and color. His work is a tour of phenomenological relativity aimed at the orthodox rhetoric of minimalist sculpture, which he clearly references. 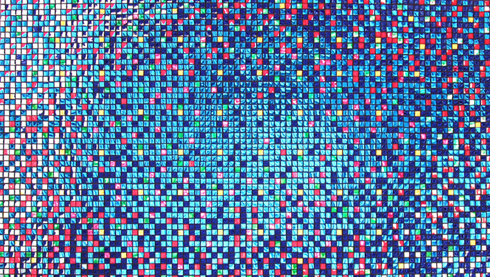 The problem with describing interactive works such as Mike Womacks is that they ae essentially experiential. Description only squeezes and stretches language around what is essentially non-verbal. Interpreting the spatio-temporal effect of a work of this type is like trying to do neurosurgery with a wrecking ball. While Womack does an extraordinary job of articulating a coherent philosophical position as it relates to the historical past, it is important to note that the meaning of the work is generated by - and therefore confined to - experience itself.
- Shane McAdams for Art Papers

The Colors Of The Wonderful Wizard Of Oz
Posted in Art, Articles, Culture, Inspiration, News
3 Comments
Showing 1 - 3 of 3 Comments
Reply

That is beautiful...
Reply

---- i &hearts Josef Albers. actually got to see one of the "Homages" yesterday at the Nat'l Gallery of Art in DC !!