Seemingly incomprehensible color names often tell intriguing and funny stories, at least to those who are willing to delve beneath the surface. We continue our strange and wonderful adventure into the uncharted fringes of language, where we'll discover new "shades of meaning."

The dark gray color called fsck refers to a Linux system administration command and is also the title of an album of experimental electronic music by the band Farmers Manual.

The bright pink color called fzzk recalls the sound of “flash panties,” a weapon disguised as underwear, as in the comic book Dirty Pair: Run From The Future #3 by Adam Warren.

The light purple color called ggg echoes the gulping of a noisy drinker, as described in “More Than Words” by the New Zealand Ministry of Education.

The light green color called gggg refers to a baby’s giggle, as described in the novel Edwin Mullhouse by Steven Millhauser.

The gray color called gnch refers to the sound of someone gorging on a giant mushroom, as in the graphic novel Uzumaki 2 by Junji Ito. 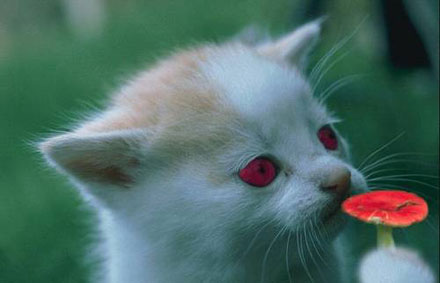 The bright orange color called grrrr refers to the squeak of vinyl pants rubbing against vinyl furniture, as in the novel The Final Detail by Harlan Coben.

The ominous color called grrrrrr echoes the sound of one’s shadow self explosively releasing “a great amount of repressed energy” in a “giant over-reaction” (Jacquelyn Small, Awakening in Time: The Journey from Codependence to Co-Creation).

The frothy color called hgkh refers to the sound of someone struggling not to drown in a vat of fresh cream, as in the graphic novella Hearts and Minds by Scott McCloud.

The luminous green color called hhh conjures the silent moment of Buddha-nature, when “the breath is completely out” and one effortlessly experiences the moment of death (Osho, The Book of Secrets).

All of these color name insights are derived from my Dictionary of Improbable Words, which is available for online reading.

very nice. it's fascinating to look at what you can pull from all these eccentric sources. :D
Reply

I always enjoy reading these.
Reply

these are always so refreshing to read!
keep em coming :]
Reply

lol...too funny. But don't you hate it when someone tries to drown you in a vat of fresh cream? Hgkh is the least of it! ;)
Reply