Colors with seemingly incomprehensible names actually tell fascinating and humorous stories, at least to those who are willing to delve beneath the surface. Join me on a strange and wonderful adventure into the uncharted fringes of language, where we'll discover new "shades of meaning." 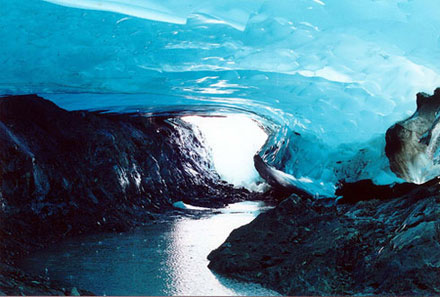 With an additional "r," the watery color called brrrrrrrr conjures up the sound of someone shaking water out of his or her ears after crawling out from under a waterfall, as in Sacred Journey of the Peaceful Warrior by Dan Millman.

The green color called bbbbbb echoes a vocal imitation of "a sailing boat in a tub of water," as discussed in Baby Talk: The Art of Communicating with Infants and Toddlers by Monica Devine.

The orange color called "bssss bssss" refers to the German word for the buzzing of a bee.

The electric green color called bzzt recalls the crackle of a security spotlight turning on, as in Revenge of the Lawn Gnomes by Teddy Marguiles.

The sanguine color called ccc echoes an ambiguous sound made by someone paralyzed with fear, as in the novel Theo Slugg in Low Spirits by Simon Goswell.

The tawny color called chchch refers to a sound that Guatemalan village children make to get attention (Jason A. Lubam, “Diary of a Jungle Acupuncturist,” Acupuncture Today).

With an additional "ch," the smoky purple color called chchchch refers to a French word for musical percussion lacking a definite note (fr.AudioFanzine.com).

Add yet another "ch," and the golden color called chchchchch echoes the “guttural unvoiced growl” of a tiger (Metamorphosism.com).

All of these color name insights are derived from my Dictionary of Improbable Words, which is available for online reading.

:> Professor, your posts are always so unexpected and fun.
Reply

Hey, I feel cheated. To illustrate bbbbbb, you used bbbbbbb instead. And to illustrate bzzz, you used bzzzz. I understand the colors are very similar to each other and you were hoping no one would notice the difference, but c'mon. We depend on you for accuracy in these things. What if an entire new generation arose thinking bbbbbbb could simply be passed off as bbbbbb because the Prof demonstrated it was okay? What then, huh??
Reply

I would have posted this sooner, but the searchins was broke!

Lurved this article . . . I truly hope you're making your way through the entire alphabet.