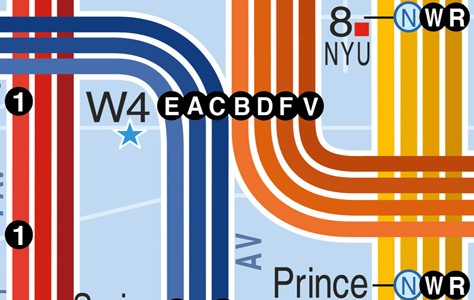 Navigating by Color in Maps

The basic functionality of a map is based exclusively on the ability of the map to be correctly interpreted by, well, everyone, including people who might be from out of town, who don't speak the native language, and have, in fact, never actually been to a city before. It is also important that the map be clear, concise and properly relate to the geography of the area. And since it is easier to tell if something is red or blue, rather than a U or a V, using many pretty colors will make it much easier to use, and, well, pretty.

So where did all the color come from?

The current color system depicted on official subway maps (for New York City) was proposed by R. Raleigh D'Adamo, a lawyer who entered a contest sponsored by the Transit Authority in 1964. D'Adamo proposed replacing a map that used only three colors (representing the three operating entities of the subway network) with a map that used a different color for each line.

"Fundamental to my idea," Mr. D'Adamo said,"was the extensive use of color coding to indicate the various subway lines, and abandoning the old tradition of using only three colors, one for each of the original three companies."

Hagstrom had made his first map of the New York subway in 1936 with the IND in red, IRT in blue, and the BMT lines in yellow (later changed to green).

At the time, the London Underground used eight colors to represent eight subway lines. Paris employed eight colors for fifteen lines. New York used only three colors for 34 lines.The inescapable conclusion, Mr. D'Adamo argued in his winning entry, was that "maps of New York subways are trying to make too few colors do too much work."
- How the Subway Map Got its Color

Like in the DIY style of the times, Eddie Jabbour has taken the MTA transit map into his own hands to redesign. The KICK Map offers color variations for the each line, train and burrow.

The current MTA map hides the lines on one route,” says Jabbour. “At first, it looks simple. ‘Oh, nice!’ But then when you realize there’s five different lines on one trunk—that’s when you realize, This is nuts. The first IRT map in 1904 had multiple lines, so I added them back in. That way, you can scan your line quickly—you don’t have to read it. No New Yorker wants to be caught looking at the map for a full minute, peering over some old lady and her hat.
- Subway Map of the Future

From Around the Globe 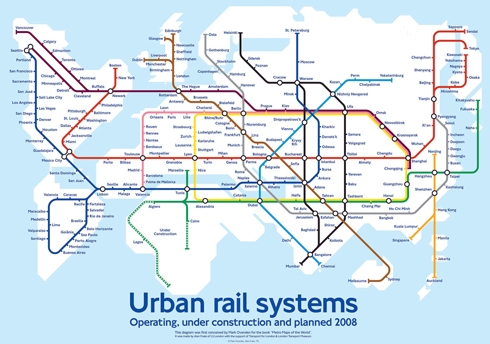 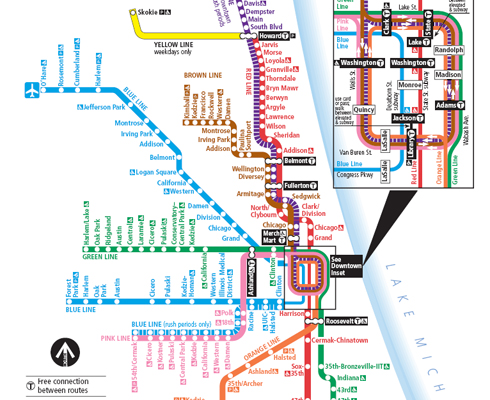 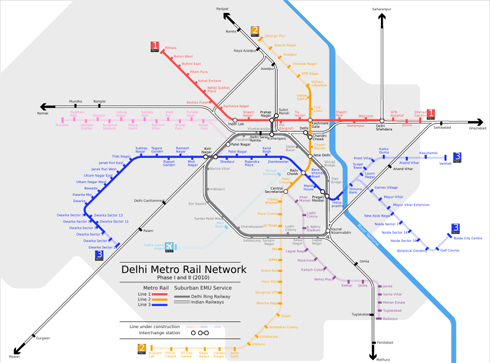 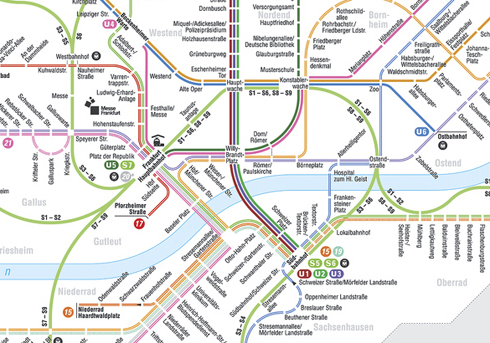 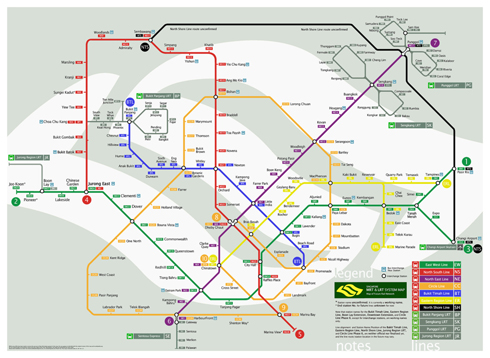 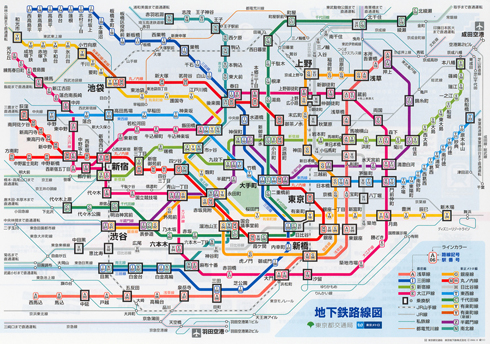 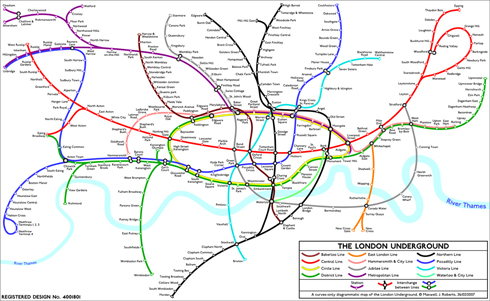 wow, i never saw it like that.
cool how they use colors...
just stinks for the color blind people.
^.^
Reply

The London Underground still uses sweeping curves and no subcolors for other lines, I see.

It could be worse. Deaf people couldn't hear the station announcements, either.

One of the ultimate engineering shows wants to bridge the Bering Strait. We'll all be connected one of these days.
Reply

I haven't place much thought into maps. But now that you mention it, maps can be very pretty.
Reply

I read about it in NYTimes Magazine and I saw a print of the whole map...
I thought it was like the most common sense ever..like why didnt' they think of this before if it just makes perfect sense..this guy is also amazingly talented...the map is incredibly detailed
Reply

That's good news. They finally fixed 315. I lived in Grandview Hts for a little while before they tore up the road.
Reply

i admire maps, a specialy this type/style of maps... love them..

1st time i notice this maps it was in movie "warriors" in subway sceene....

I've got to say, I don't love the futuristic NYC subway map. I like the current conciseness of the single lines -- it's kind of nice to see the color variations when the lines divide, but when they all run together it seems clunky and gratuitous to me, and I feel like this design is even more abstract than the current one. I guess it might be easier for tourists to read. (I have a definite bias though, since I've grown up with the Vignelli map and am just used to it.)

i love the new mta map concept, can't wait to see it around.
@ retsof: you missed the L train :)
and Z train sounds pretty mysterious to me...
Reply