According to color supplier Pantone®, the color of 2008 is Blue Iris. The blue is a radiant, calming hue, dark, but not dark enough to be in the realm of navy, and is a sharp contrast to the 2007 choice, Chili Pepper Red.

"From a color forecasting perspective, we have chosen PANTONE 18-3943 Blue Iris as the color of the year, as it best represents color direction in 2008 for fashion, cosmetics and home products," explains Leatrice Eiseman, executive director of the Pantone Color Institute®. "As a reflection of the times, Blue Iris brings together the dependable aspect of blue, underscored by a strong, soul-searching purple cast."

Is Blue The New Green?

Other professionals disagree with Pantone’s choice. Margaret Walsh, director of the Color Association, says her color of 2008 is bamboo. She believes the strong green, hinted with yellow, represents the changing social desire to be more environmentally clean.

“My color for 2008 is bamboo.” A yellowed green, chosen from the association’s interior palette, she said, it “represents the stable green that is most on people’s minds.” She said it’s similar to a hue called Vineyard, adding: “I feel it just has a power. You know, these are very insecure times.”
Pantone's Color of the Year Is... 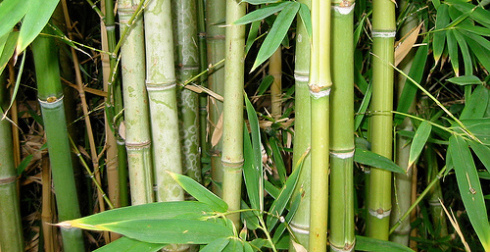 The continued trend of ecological awareness has caused many companies to re-brand themselves as “green”, changing their logos and advertisements to suggest an earth-friendly business design. All of this green loving may have turned customers off to the color. After all, familiarity breeds contempt.

Pantone certainly believes customers are tired of green. But this reaction may or may not be true among consumers. According to the New York Times, fashion designers also seem to be using a fair amount of blues recently in their recent runway work.

So, perhaps, Pantone is correct and Blue Iris will be the color of 2008. But, it’s hard to believe a company that’s worked so hard to copyright most of its palettes is announcing Color of the Year for purely artistic reasons.

Trends are just that. Even though Pantone has chosen a shade of blue, each one darker than the last, four out of the last eight years, there’s no reason to focus on the varying shades of blue unless the artistic message would concretely benefit from those colors.

Ecological concern is becoming more mainstream in our culture, and this increased global awareness has lead several designers to use greens and blues to convey a sense of nature. With so many logos adopting these colors, it has become difficult to stand out of the crowd, or even
know which brands are sincere in their efforts.

The Color Of You

Blue and green are excellent colors, and they pair well with one another. I’m sure the professionals that study color trends know more than I do about the direction color is heading. As an artist, however, there is a deep-seeded belief that wants to rebel against mainstream ideas and icons. Colors that easily become accepted metaphors without the aid of outside visual stimulus are useful in society. Breaking down familiar metaphors to establish new forms, and to continue to challenge the boundaries of culture is also necessary to avoid becoming stagnant.

No matter the color of the year, follow honest, intuitive ideas. Trends come and go. Passionate art is potentially infinite.

I like both of the color picks alot but I hope for violet to come up strong too. I think a nice shade of violet works well with both Blue Iris and Bamboo =^_^=

I'm not too keen on the blue, but I like the greens:

The Color Marketing Group says that you can wear any color you want, as long as it looks "green".

i actually don't use (or like) greens and blues very much, but i do own a lot of green things: cloths, shoes, my car, and my house exterior paint w/ some interior paint variations too. i think it's b/c green stuff helps my green eyes *POP* like i know something that no one else knows but that everyone should. so i'm going to say green will be my colour of 2008 - especially the warmer kelly greens.. .

lately, i've also had certain cravings to use more pure blues than usual in my palettes, my work, and my wardrobe. and even though purple is one of my favourite colours, i'm not so fascinated with the more purple/red-heavy periwinkle blues like Pantone is pimping out. that was so last year for me when i bought a pair of fly Pumas that were that originality-scapegoat-ultramarine-corporate-make-me-want-to-puke-from-lack-of-thought "blue." so lately it's been more like this in my blues department (yes, i have my own blues department):

but as far as greens and blues together (green-blues, blue-greens. teals, mints, turquoises, hospital walls, etc), i've always been a big fan:

my best representative collection of blues/greens:

and many lovers' pavourite fun:

I didn't even realize it when I made this....

Blue was my favorite color as a kid. Then, after I was in a coma for a bit, I hated blue and loved red. I barely ever will just choose blue to paint with. But, I know that blue can be a very calming color and I want to be able to have some paintings like that. So, recently, I've been making myself use blue for my paintings.
Reply

And what about this one?

I knew this would be The 2008 Colour!!!
Green is too 2007 for me, even though it still fits very well with Green
Reply

way ahead of ya:

but i'm still not that good working with blues. i'll stick to warm colours for my comfort zone.

And a slue of blues!

I must say I do love blue. Blue, purple, then green are my fave colors. Blue symbolizes trust, loyalty, confidence, and gives off a calming feeling. I think that’s why it’s so popular. People are frenzied today, there’s not enough time to relax and do nothing, so seeing blue shades is all we have to relax. I do like a nice shade of green, but I think that anymore, with the “green” movement, now it’s almost too much to actually wear or use green in art. You might look like you’re just now “catching up” if you use green this year. Of course, all this is coming from a blue-lover!