Chlorophyll is not the only pigment in present in leaves. Carotenoids are neighbours to the green pigment, and visually surface during the withdrawal phase. Carotenoids are what cause yellow, orange, brown, and the colors between, while Anthocyanins bring red and purples. Carotenoids commonly give characteristic colour to many living things like carrots, corn, canaries, and daffodils, as well as egg yolks, rutabagas, buttercups, and bananas. As far as trees go, the radiant yellows and oranges are more specifically seen on hickory, ash, maple, yellow poplar, aspen, birch, black cherry, sycamore, cottonwood, sassafras, and alder trees.

Anthocyanins are not always present in the leaf. They develop in the sap of the leaves in late summer during the breakdown of sugars. The level of light and phosphates in the leaf also hold an influence on the level of Anthocyanins present. Higher phosphate levels are an integral part of the plants sugar breakdown, as in well as the production of Anthocyanins. The brighter the light during this time, the greater the production of anthocyanins and the more brilliant the resulting color display. When the days of autumn are bright and cool, and the nights are chilly but not freezing, the brightest colorations usually develop. They can also be seen in early spring, often coloring the edges of young leaves as they burst from buds. Anthocyanins can be seen in cranberries, red apples, blueberries, cherries, strawberries, and plums. In trees, their fire is most notably found in the maple, oak, sourwood, sweetgum, dogwood, tupelo, black gum and persimmon trees.

Although this process is understood, and has been thoroughly studied, one problem on the way to understanding it entirely is why. Some theories include dropping leaves as a defense from autumnal and wintry pests, some say that leaves simply cannot survive the winter, and another says that it is the only form of a trees excrement.

Whatever the case may be, it's going to be a colorful two months.

Have you ever planned a trip around the changing of the leaves?

What are the colors that most dominantly appear around you?

Have you been inspired to add some autumn colors to your project? Check out Creative Market for some original and fun ideas. 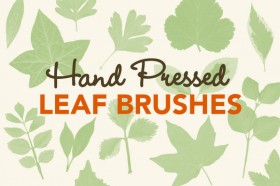 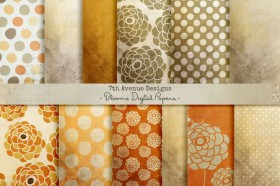 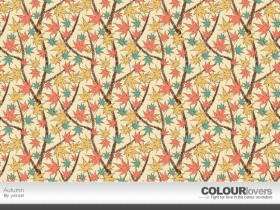 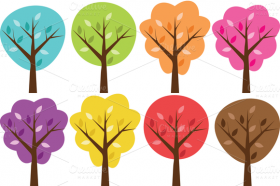 Fall is definitely my favorite season but I never knew the details behind the color changes. Great post ruecian!
Reply

I love the colours of fall but find it hard to express that same beauty in a work of art (my own). But that's alright, because I think it makes me appreciate natural masterpieces, haha. XD
Reply

Fall is by far my favourite time of year, I grew up in new england, so never planned a trip around the leaves, as we were there, and also dealing with all the "leaf gazers", I am in the Bay area now, we have a few changing trees, mostly reds and oranges. I always think of the red to yellow palette in the fall, and have been trying to make friends with the orange-factor. I am a cool colour lover, working on my relationship to the warmer colours...
Reply

I love "autumn" colors, but I have actually never seen the leaves change, being from Florida where it's eternally green or dried up from drought. Maybe this year though! (and snow too!)
Reply

I love the changing leaves. There are numerous fall and harvest festivals where I live.

These are the colours of autumn where I stay, I love that I've a park just a street away, it means I get to see the autumn spectacular every day of the season. I can also take my daughter to the park and indulge in lots of ...

Interesting post and lovely palettes to accompany it. Autumn is by far my favorite season. FYI to those interested I created an "I Love Autumn" group. Share your palettes.
Reply

Autumn is my most favorite time of year, hands down. It brings coolness and color, definitely!

i've made so many autumn palettes i can't even begin! i'm really best with warm colours, and that's what you get this time of year. i try to limit myself, but here are a few:

oh! i have to do just one more.
this was the very first palette i ever made on colourlovers.

Autumn is easily my favourite season, even more than Spring. Although I love the colours of the latter, there's no way I can ignore the beautifully warm tones that seem to overpower everything around this time of year.

I need to make more of these, I know.
Reply

For me, it isn't Autumn until those leaves start burning. When people start raking up big piles of wet leaves and after going through a whole box of matches, finally get the whole thing to go up in flames. The smell of that smoke and the way it settles into low areas in the cool air and mixes with the fog, that's Autumn to me. That, and the quiet left behind when the cicadas finish singing for the Summer.
Reply

btw, those are gorgeous photos you used, rue!
Reply

I don't really like Autumn. I'm a Spring person, myself. But I do like cool crisp sunny days in Sept/Oct:

This will probably be the last autumn for my beloved maple.

Autumn is definitely my favourite season, and I've always thought that it's because I was born in the middle of it, it's kind of like my comfort zone of seasons. I don't think it's just because I usually get presents in Autumn!

But here in Australia we don't get as many beautiful colours happpening since most of our native trees are not deciduous. I have to go to a botanic garden or peer over my nieghbours fence to get the full colour spectrum!
Reply

Autumn is my favorite season. This palette is inspired by a tree outside my window that is turning from a deep summery green to yellow and then to purple on its outer branches.

Wow, it's funny autumn is the favourite season of so many on here. It just happens it's mine as well! It must be all those wonderful colours we all love. Thanks for all the info on the colour changes, I don't think I knew any of that. Very cool. :) Here are my autumn palettes:

I love autumn - it's my favourite by far - I feel so blessed to live in Asheville, NC where the leaves are famous.

i love all the blues and oranges on here!
Reply

The most colorful time of year. I love it. In NY we go upstate to take in all the beauty. I like Mohonk Mountain.

I too love the colours of autumn:

I just don't like that it means summer is over and winter is coming. This is one of my autumn favourites, by stefan: