The Great Barrier Reef in Australia is the world's largest coral reef system, composed of roughly 3,000 individual reefs and 900 islands stretching for 2,600 kilometers (1,616 mi) over an area of approximately 344,400 square kilometers (132,974 sq mi). The reef is located in the Coral Sea, off the coast of Queensland in northeast Australia, and can be seen from space.

More than 1500 species of fish live on the reef, including the Clownfish (below), Red Bass, Red-Throat Emperor, and several species of Snapper and Coral Trout. 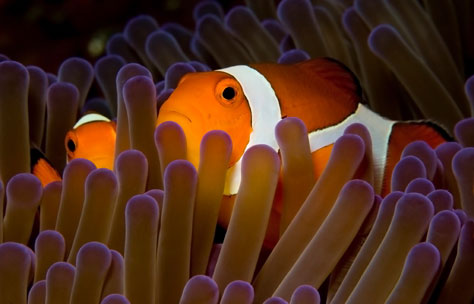 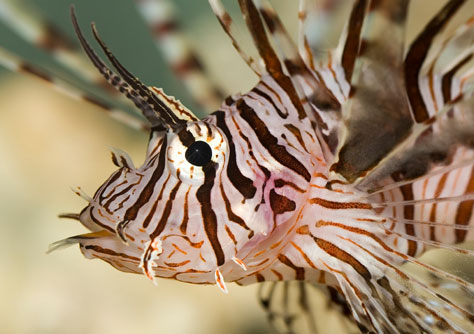 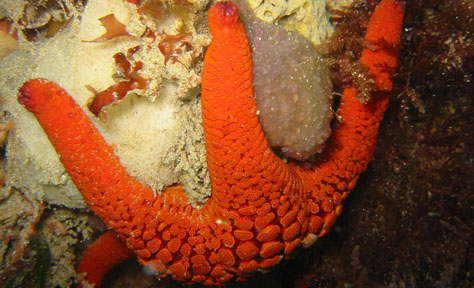 Around 125 species of shark, stingray, skates or chimera live on the Great Barrier Reef.

Close to 5000 species of mollusk have been recorded on the Great Barrier Reef including the Giant Clam, various nudibranches and cone snails, and the cuttlefish seen below. 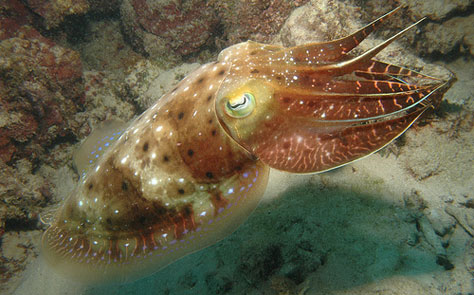 The Great Barrier Reef was named one of the Seven Natural Wonders of the World by CNN in 1997, and it's no wonder, given its span, its diverse inhabitants, and its wonderful colors.

Have you been to the Great Barrier Reef?

Have you seen any of these creatures in real life?

I snorkeled at the Great Barrier Reef in 2004 I believe and it is every bit that beautiful. :]
Reply

so purrrty. it's amazing how our nature can produce such amazing color combos!
Reply

I live here and YEP!!! it is every bit as beautiful as the pics!!! When I am travelling, I love looking out of the plane's windows to enjoy the colours of the reef. I also love visiting the Great Barrier Reef Marine Aquarium in Townsville. Mini reefs with-out the sea sickness.
Reply