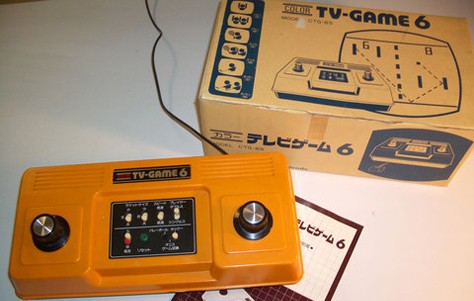 Following Nintendo through the Ages (and Colors)

Every time I hear "the adults" of my family talk about video games, which is usually after one of my cousins and I mention something, they seem to always loop back to, "Wow, remember pong? We used to play that for hours." And while controllers have seemingly become just more complicated and the games just the same, what's been interesting to watch is the evolution of graphics over gameplay, specifically with Nintendo, the longest running console manufacturer.

Breaking Out with the Color TV Game-6

Near the era of Pong and its sweeping of the United States, one of Nintendo's earliest remarked about products was Color TV Game-6, which had six variations of "Light Tennis," and the colours involved were two at a time. Resembling much of an early Game Boy were it able to have colour schemes, the controller was rather primitive, too, and seemed to borrow its technology from Etch-a-Sketch, being that there were two dials to control movement. Selling over fifteen million copies, Nintendo went on to release Color TV Racing 112, which was a bird's eye view racer which used a steering wheel for control, but still had the same dull colour scheme.

The Rise of the Nintendo Entertainment System

Nintendo launched its newest product in the United States commonly known as the Nintendo Entertainment System. Released in mid-October of 1985, it was capable of displaying twenty-five simultaneous colours, and drawing from a palette of 53 colours, the advancement took the nation by storm. Even with mono audio, music from the games could be found stuck in the heads of children and parents alike. When asked about launch title Super Mario Brothers, I've not yet met someone who doesn't know at least who Mario is. The NES system was an 8-bit system, and is thought to have really changed how video games came about.

Most action games, like Mega Man, coloured rocks and some metals as orange. Although a later title on the NES compared to the Mario launch title, Mega Man seems to really show where the colours could go for NES:

Mega Man as a series is typically very brightly coloured, and, in fact, changes Mega Man's (the blue man character) colours to signify that he's using a different type of weapon.

The Super NES with 32,768 Possible Colors

With the success of the NES over its competitor, the Sega Master System, Nintendo went on to launch the Super Nintendo Entertainment System. The SNES is a 16-bit system that was released in the late summer of 1991 here in the states, and that of course meant everything would, at the very least, look better than its previous model. The colour palette itself was 15-bit, allowing for 32,768 possible colours. Moving up to 16-bit sound also allowed for better variation, which meant more than just beeping for music. The design of characters was also raised from being blocky to somewhat three dimensional. Sticking with the Mario Brothers series as a launch title, Super Mario World was a cartoon-ish example of the aforementioned depth. With multiple layers now possible in backgrounds, the side-scrolling action was coupled with a feeling of immersion, like you were really a part of that world. Later released was Mario Paint, which was, as you might have guessed, a game based on painting and colours. Sold with a mouse and mouse pad, the game was one of many innovative titles that Nintendo has release. With sixty-four colours, four choices of background music, text in English or Japanese, nearly full interactivity, and different types of stamps, Mario Paint brought colour and painting into the commonplace world, and it seemed all one needed was a little inspiration to make their own art, masterpiece or not:

With the Super FX chip in certain games like Star Fox, a scrolling shooter of sorts involving space jets, the three dimensional world of polygons was made available. While blocky, and certainly angular, Star Fox opened a new world of gaming experience even from the third-person, and option first, perspective seen here:

Seeing more success with the SNES, Nintendo was allowed to move into the next realm of possibilities. Released in late 1996, greater technology and ideas came the doorway, opposed to the window Star Fox allowed, into the three dimensional world. The Mario launch title on the Nintendo 64 (named for its 64-bit prowess) was a world that could be freely explored ... in all directions. Breaking the typical side-scrolling format, Super Mario 64 allowed for climbing, jumping, swimming, and sensitivity to differentiate between running and walking. The world itself saw all new colours, and a wide viewing angle. With a potential for 16.7 million colours, and 32,768 simultaneous on screen colours, it was a new, vivid world. The graphics chip inside allowed for trilinear filtering, which allowed for smooth shading and less sharp corners, which gave it the edge over its competitors. With less pixelation, Nintendo 64, and Super Mario 64, had no reservations in letting the colours show: 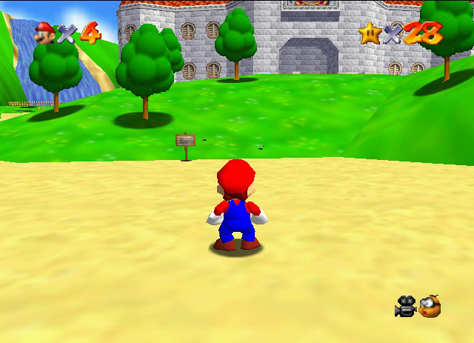 With the release the Nintendo Gamecube in 2001 stateside, it was no longer so that blocky cartridges would be shoved in and out of the gaping maw at the top or side of the console, but a mini-disc into a small cube. The system, for its time, was arguably the best as generating realistic looking water. The Gamecube is capable of pushing out over twelve million polygons, and combined with its advanced level of pixel shading, smooth seems to be a little bit of an understatement. Relying on 24-bit colouring, and sometimes 18-bit limitations, the Gamecube displays in Truecolor, which is capable of mimicking colours found in the real world, like the Nintendo 64. The Gamecube's difference from its predecessor was that in its shading, polygon processing, and eight layers of texture. 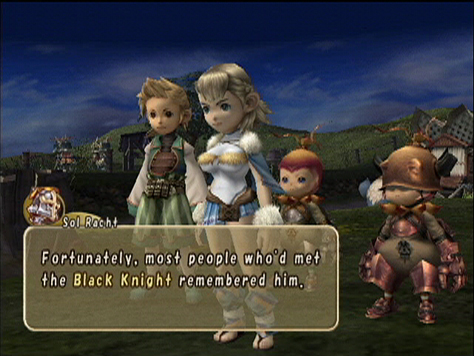 Most video game fanatics that I knew were disappointed to learn that the Wii's graphics would be basically that of an over-clocked Gamecube. What I've realised that Nintendo has done is shifted their focus from being the best looking to being the most widely received. After its release in November of 2006 stateside, stories have trickled in about a two-year-old playing baseball better than his mother, or the Wii finding a well-loved placement in a retirement home, where memories of tennis playing days and manly moments in boxing were allowed to flood back. It sounds boring to bowl from four in the afternoon until midnight, but the addiction seems to grow steadfast. All of this is made possible because of the Wii's controller, which detects motion and allows the user to become even more immersed. The Wii graphically features even smoother shading than the Gamecube, and the Nintendo title games are almost all brightly coloured. 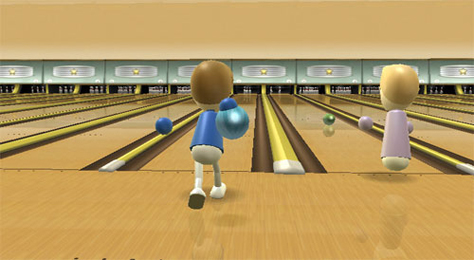 Where Nintendo will go next graphically, mechanically, and conceptually remains to be seen, but I can say that I'm only all the more excited to watch it grow.

I'm glad you wrote this. I'm not much of a gamer myself but theres a special place in my heart (and my room) for nintendo. Currently I have an snes but I'm working on finding the rest of my nes, which is somewhere around here haha. I loved mario paint! if I can find that game on ebay it is mine.

I remember growing up and watching my dad play zelda for hours at a time. he must have beaten that game at least 5 times or so. at 60 he still loves video games, which i find to be awesome.

I've played the wii a bit and thought it was pretty fun. apparently I'm really good at boxing.
my friends are pretty much addicted to it, which is good considering all the other worse stuff there is to be addicted to in this world.
Reply

Yeah, whenever someone has told me that I'm horribly addicted to electronics, I tell them that, about addictions. But I get outside enough. I'm one of the few among my friends with skin tone. Hah. I go hiking all summer too.

But the Wii. Wow. I was really impressed. It also doesn't cost six-hundred dollars. I felt bad during boxing, I'll admit, because I had to box this old lady.

But she threw the first punch!
Team
Reply

I think I have the colors from Link: Legend of Zelda burned into my brain from round the clock playing as a young boy.

I was actually thinking of following a particular series, and Zelda was definitely one of the two I thought of going with. But yeah, I'm surprised at myself for not putting it out there. It's a massive series.
Reply

i still have my super nintendo, and that's as advanced as i've gotten. i still love it, too. my favourites are the kirby games. i'm really good at kirby golf, and i don't even like golf.

i never got into xbox or gamecube or any of that because i know nobody would ever see me again. i have a terribly addictive personality. i just play on-line games and stuff like snood. and colourlovers! that's still my favourite game.
Reply

Kirby's Dream Course was a fun turn in the series. I remember playing that endlessly. It was a neat blend, using the different powers. My SNES is still alive and giving love.
Reply

Lol. I was waiting for an article like this to appear.
Team
Reply