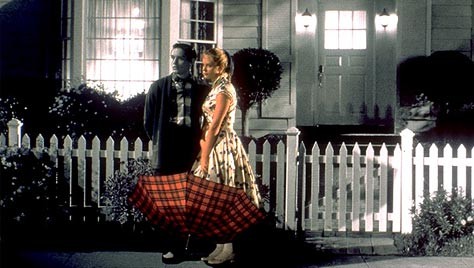 Even before film gained sound, cinematographers were creating in colour. Colour film was in such high demand that filmmakers considered it worthwhile to paint hundreds of thousands of frames with up to six colours. When money was an issue, a single colour tint was applied to an entire film or certain sections to indicate mood. Blue tints indicated night scenes in many westerns, whereas, in films about the Far East, orange tints were used to portray the warm evening light. When Technicolor was finally invented in the 1920's, the process was so expensive directors were often forced to use colour sparingly as a means of creating an underlying meaning. Full Technicolor films dominated only two decades, from the 1930's to the 1950's, when Kodak came out with the much more efficient Eastman Color. Unfortunately, some of the chemicals used caused visible deterioration of the film over time.

While colour film is now the norm, monochrome film is still used for specific purposes. David Lynch used black-and-white to create atmosphere for both Eraserhead (1976) and The Elephant Man (1980), returning to colour in Blue Velvet (1986) to deliberately heighten an already dark and disturbing film. Steven Spielberg only used the colour red in Schindler's List (1993) for a strikingly dramatic effect. The use of colour can also be a plot device, as in Gary Ross's Pleasantville (1998). The film begins in full colour where two teenagers are sucked into a 1950's sitcom in black-and-white. The two of them proceed to paint the monochrome world in colour both literally and metaphorically.

Even in full-color films, specific colours are used to add depth of meaning. The presence of red rose petals covering Angela's nude body in American Beauty (1999) a film directed by Sam Mendes, are meant to be symbolic of her developing sexual maturity and the emotional vulnerability of herself and Lester Burnham, in whose dream she resides.

The use of colour in animated film bears close resemblance to the development of colour usage in live action film. Colour palettes in early animation favored slightly muted colours. Each frame, in early animation, was copied onto a "cel" or celluloid acetate and then inked by hand. It took 24-48 frames to make one second of film. As animation techniques have become more computer-based, the colour palettes have tended to become more and more vibrant to the point of extra-realism, such as in Disney/Pixar's Toy Story (1995).

The use and purpose of colour has been an ever-changing component in film. As long as colour film has been available, directors have been using it to the utmost to convey meaning, and as film continues to develop, the viewer will find that colour will find new ways of electrifying the hear with excitement, terror, sadness and a myriad of other emotions.