Here’s a roundup of the most colorful art, products, websites and such that I’ve come across in the last week.

A not-for-profit exploration into the colours that shape our Christmas. Frustrated at the plethora of Christmas reds, whites and greens those pesky designers at Raw Design Studio are exploring what colours people really associate with their Christmas. 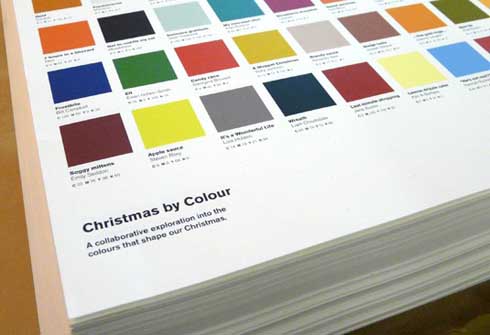 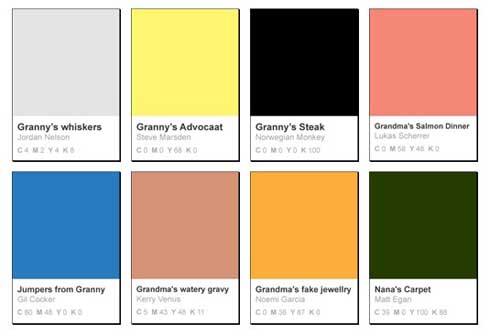 Most blogs tend to rely on white, grey or black as their main color, and while many of the best blogs, and my favorites, do just that, some go beyond the norm into a realm of bold and unexpected color...

A blog should never be judged by its color palette alone, but here are 17 blogs that use slight variations and bold departures from the color norms and do it well. 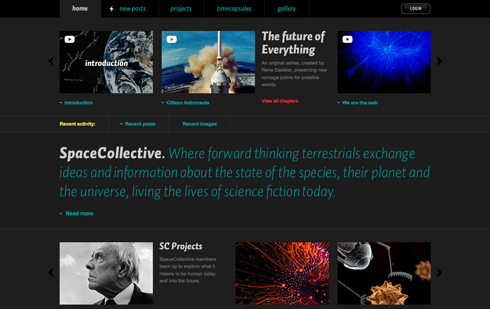 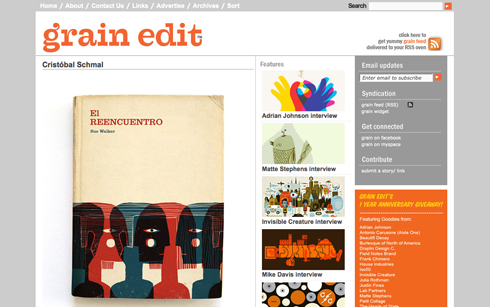 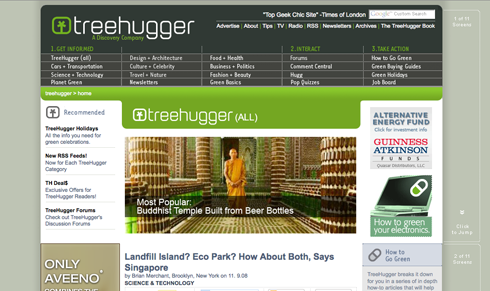 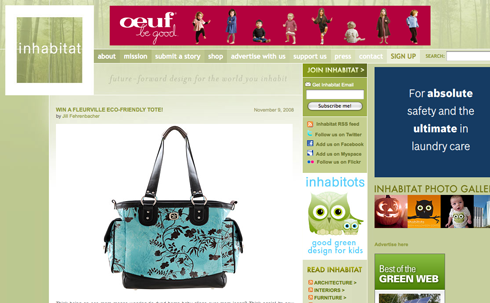 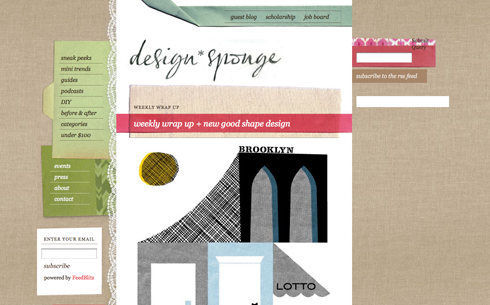 Today is blog action day, and blogs around the world are uniting to change the subject to that of poverty.

It doesn't take much to inspire us to reach out to fellow humans when they're struggling, especially when that struggle is about their fundamental survival. As far as our great societies have developed, it is hard to believe that half of the world's population is still impoverished, struggling each day trying to find things that us in the other half can so easily take for granted. Things as essential as water, food, clothing, shelter and an education. It is a great privilege to allow our minds to wander off to places, to create beautiful things and let colors dance in our heads, but this is only possible because we are not faced with those, what might be considered 'primitive' problems of our own immediate survival.

Percent Living on Less Than $1 a day

Are things getting better? Life expectancy has greatly increased. Child mortality has decreased in every developing region of the world. The proportion of the world's population living in countries where per-capita food supplies are less than 2,200 calories (9,200 kilojoules) per day decreased from 56% in the mid-1960s to below 10% by the 1990s, and so on... Yet "More than 80 percent of the world’s population lives in countries where income differentials are widening." "The poorest 40 percent of the world’s population accounts for 5 percent of global income. The richest 20 percent accounts for three-quarters of world income." "Nearly a billion people entered the 21st century unable to read a book or sign their names."

Approximately 790 million people in the developing world are still chronically undernourished, almost two-thirds of whom reside in Asia and the Pacific.

No, it's not some sort of uber green that Yahoo has achieved, it's just another marketing campaign.

We all have our favorite new marketing campaigns: the ones where companies do seemingly unrelated things to boost their street cred and show everyone they care about things other than money and you buying their products...

I will be quite the branded color palette if I add purple to my yellow live strong bracelet, my white ONE campaign bracelet... I think the orange campaign is done now that the Olympics are over, so that should free up another article of clothing. I could put my pink back on for breast cancer awareness... I certainly can't use magenta anymore, thanks to t-mobile... Man, I better start grabbing up some colors of my own before people start to think I'm a billboard for an NGO or tech company even though I won't actually have any visible company names on my clothing, just colors. I might not be wearing the names of designers but with they way things are going fashion labels are sure to buy up black any day now and then where will we be.

In such a campaign, Yahoo has launched a new web portal as a base of their new “Start Wearing Purple” campaign about being purple. Purple, as yahoo says, is the color of "creativity and innovation" and has been a part of their corporate identity since it's beginnings, even though I thought they were red, but who goes by logos these days when companies are filling the streets with purple bikes that record a photo every 60 seconds to capture the bikes journeys on a flickr account, or get funny people to do funny things with the color purple, both of which are a part of yahoo's purple campaign. Other highlights of the campaign include: daily purple links, a store of purple wears, purple pranks, and so on. 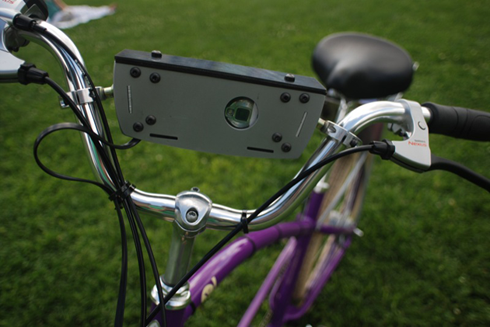 As we've brought up before here, color is an innate visual language that can be an extremely useful tool in conveying information. The use of color in information graphics groups, highlights and sorts the necessary information, simplifying the meaning and making it easier to communicate to a larger number of people.

Two great places to come by colorful infographics are visualcomplexity.com and GOOD Magazine's Transparency section. Here are 12 infographics from those very places.

"Functional visualizations are more than innovative statistical analyses and computational algorithms. They must make sense to the user and require a visual language system that uses colour, shape, line, hierarchy and composition to communicate clearly and appropriately, much like the alphabetic and character-based languages used worldwide between humans."
- visualcomplexity.com/about 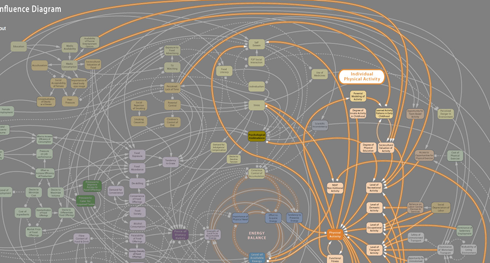 Developed for the Foresight Tackling Obesities project, this causal loop map was designed to provide systemic insight into the multiplicity of factors contributing to the obesity epidemic. Behind the simple result of people becoming heavier, lies a complex web of often reinforcing causal factors that range from individual psychology and physiology to the culture and economics of food production, food consumption, attitudes toward physical activity, and structure of the built environment.

The 108 variables shown on the map - the drivers of obesity - were compiled by shiftN, from the 38 science reviews produced for the project and then vetted by the project's science team. The drivers are woven into systemic picture by the positive and negative influence arrows that link the variables into a web of causal relationships. 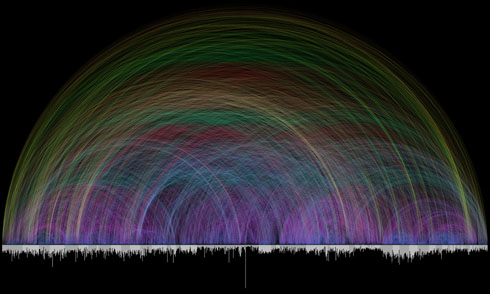 This set of visualizations started as a collaboration between Christoph Römhild and myself. Christoph, a Lutheran Pastor, first emailed me in October of 2007. He described a data set he was putting together that defined textual cross references found in the Bible. He had already done considerable work visualizing the data before contacting me. Together, we struggled to find an elegant solution to render the data, more than 63,000 cross references in total. As work progressed, it became clear that an interactive visualization would be needed to properly explore the data, where users could zoom in and prune down the information to manageable levels. However, this was less interesting to us, as several Bible-exploration programs existed that offered similar functionality (and much more). Instead we set our sights on the other end of the spectrum –- something more beautiful than functional. At the same time, we wanted something that honored and revealed the complexity of the data at every level –- as one leans in, smaller details should become visible. This ultimately led us to the multi-colored arc diagram you see below.

The bar graph that runs along the bottom represents all of the chapters in the Bible. Books alternate in color between white and light gray. The length of each bar denotes the number of verses in the chapter. Each of the 63,779 cross references found in the Bible is depicted by a single arc - the color corresponds to the distance between the two chapters, creating a rainbow-like effect.

Digital art is only in its infancy and already we have seen so many great examples of amazing work. It is hard to imagine what we will see as this medium continues to develope and the images and colors become even more unbelievable...

Here are some of the more colorful videos and images created using one of the programs making this art possible, processing.

Processing is an open source programming language and environment for people who want to program images, animation, and interactions. It is an open project initiated by Ben Fry and Casey Reas, and it can be freely downloaded from www.processing.org.

Color Inspiration From The Virtual Worlds Of Second Life

Wandering through Second Life is like a exploring the dreams of it’s of residents. If you can think it, it can be created. In fact, it probably already has. Millions of people inhabit this virtual world, where new colors and creations are around every corner. These images represent just the tip of the tip of the iceberg. 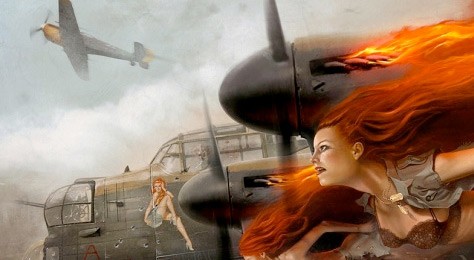 Digital art is becoming hyper realistic, not just in duplicating real scenes life but also in painting vivid pictures of what fantasy worlds would look like. Feature films and the exploding world of video games are beginning to show what talent, creativity and hard work can produce with CG... Expect even more mind blowing creations to be reaching you on the big screen and in your consoles soon.

I love showcasing the work of creative people and the work below caught my eye as I was browsing the community over at CG Hub. As a COLOURlover, I especially appreciate how the use of color can dramatically affect the mood or energy of art...

Many of the images below have been cropped from much bigger images. Make sure to click through to see the artwork at high-res and full glory.

Wood of Light by MaximeDesmettre 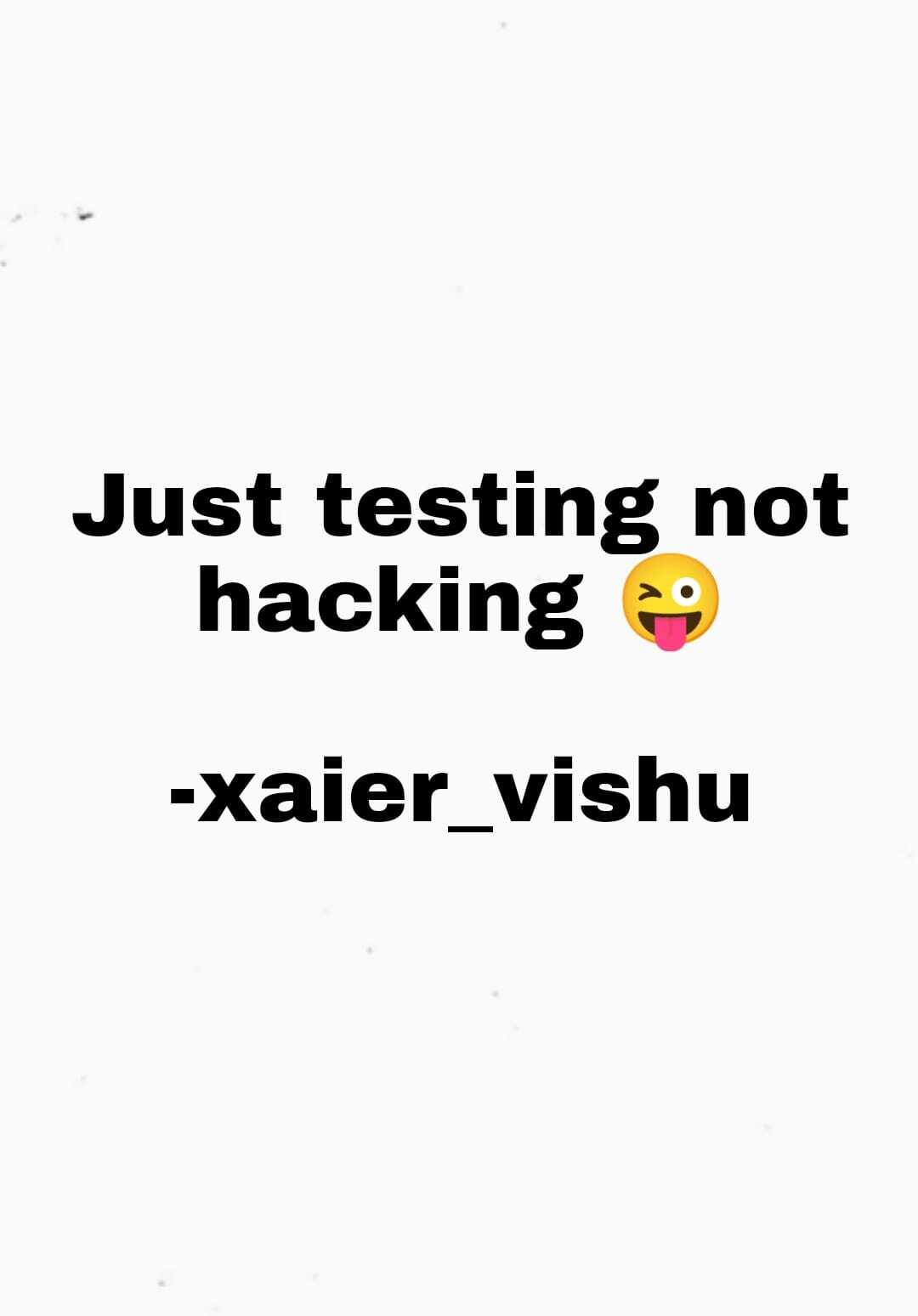 Study of Verity Jane by Lucong 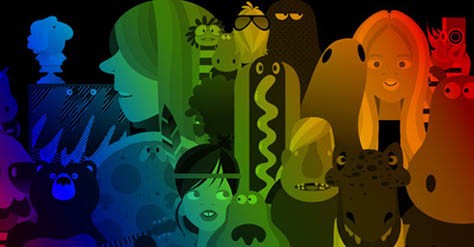 With the season about to change once again we thought it might be about time for you change up your wallpaper as well. And what better way to hold onto the last rays of summer warmth than to have a bright and colorful desktop. We found a great post of 30 Spectrum Wallpapers at Hongkiat and added 20 more.

If you don't love the wallpapers below, here are a few more places to find stunning works:

Even though I hate math... I love what can be created using geometric patterns. While there seems to be many different styles of art that fit under the umbrella name of a Fractal, what I found when I went looking for more information about them was a treasure trove of amazing art. Make sure to click the images below to see the entire fractals in all their wonder. Thanks to manekineko for starting the conversation in the forum that inspired this post.

A fractal is generally "a rough or fragmented geometric shape that can be split into parts, each of which is (at least approximately) a reduced-size copy of the whole,"[1] a property called self-similarity. The term was coined by Benoît Mandelbrot in 1975 and was derived from the Latin fractus meaning "broken" or "fractured."
-Wikipedia