Fashion to the Rescue: Japan Relief

I think we can all agree that fashion lives in a pretty little bubble, untouched by the issues that we as its consumers must face on a daily basis.  But where there is art there is heart and the fashion industry is no exception.

Due to the disaster that recently devastated Japan, the country is in desperate need of assistance from the global community, and many designers and online retailers have joined forces with aid organizations such as the American Red Cross and the Northern Japan Earthquake Relief Fund. Proceeds from sales of select items will go to these groups among others! 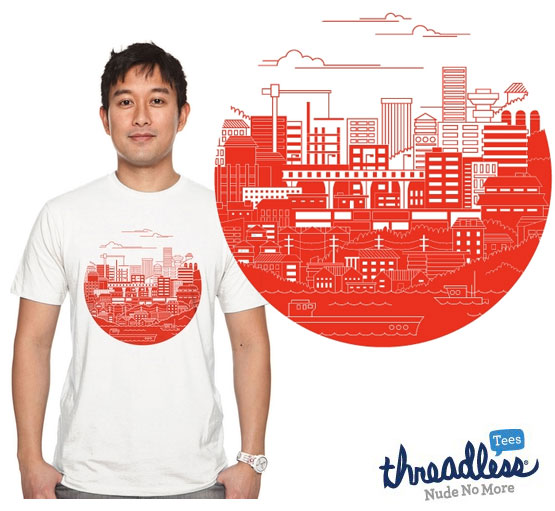 Threadless.com Rebuild Japan Tee's. 100% of net proceeds from the sale of this tee will go to the American Red Cross Japan Earthquake and Pacific Tsunami fund.

Threadless, well known for it's community-designed, community-picked (aka "scored") t-shirt designs, is partnering up with Steven Alan for a fun, Fall Pattern Design Challenge. We LOVE Threadless because they empower artists and create portholes of success, no matter who you are or where you are at in your art career/hobby. In turn, this produces a wide range of awesomely unique clothing for the rest of us to wear. 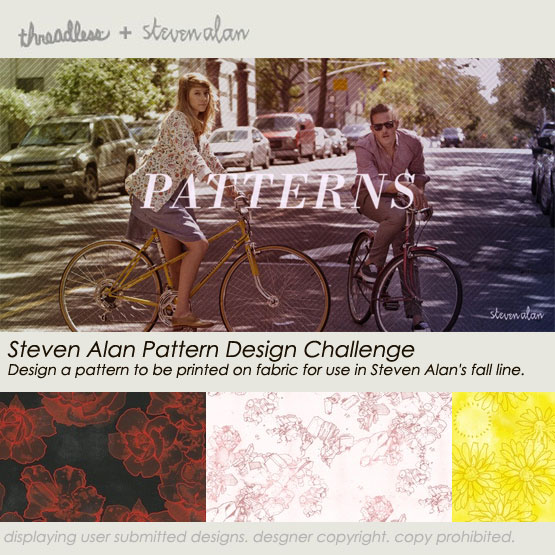 Spring is here and to usher in the warmer weather, feast your eyes on these lovely spring dresses. Some upcoming color trends that you can expect to see are uplifting and energizing colors like coral and magenta. You will also see some soft, pastel hues like lilac and sage and nautical colors like cobalt blue and aqua. The classic muted, subtle tones like black and white are almost always in style and this spring is no exception.

One of the biggest trends is the 50s and 60s silhouettes coming back. (Think Jackie Onassis Kennedy and full 50s prom skirts.) The 60s housewife look is definitely hitting the runway in sheath hourglass-shape dresses that cinch in the waist and hips. Other current trends to look out for include lace, crochet, macrame, asymmetrical necklines, and tail hems (that's when the back of the dress is longer than the front.)

The serene and cozy, but heavy and monotonous black, blue, grey and brown shades of Winter are melting from our minds and we're ready for those bright, warm colors of Spring. Undoubtably, we won't be short on color options, and telling from these three designers not everyone is on the same page when it comes to Spring colors. So, we'll just have to wait and see what colors flourish on the street this spring. 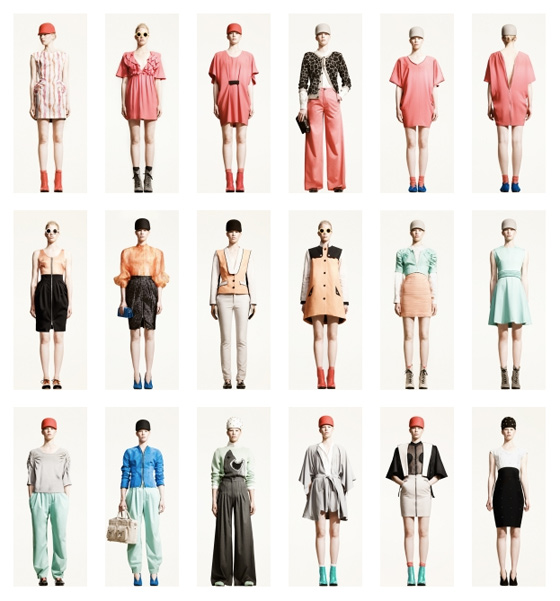 Inspiration: The Last Range of Colours by Miles Aldridge

The Last Range of Colours by Miles Aldridge was shot for Vogue Italia back in 2007. These playful, ultra saturated photos are quite fun despite the confused, uninterested, insensate, comatose, insensible looks of the models--all great adjectives, and pretty much the complete opposite of any that would be used to describe these colors.

Click on any of the images to create your own palette. 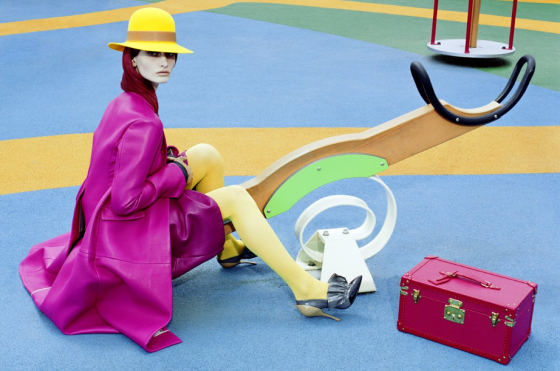 If there's any good excuse for a new party dress, it's New Year's Eve. Once the holidays wind down--after the family get-togethers are over and the kitchen is finally clean--the last day of the year arrives with no obligation other than to celebrate the year that's passed. It's a true celebration, and maybe that's why ladies trend toward the brightest, shiniest, most fun components of their wardrobes. Of course, there are different kinds of New Year's Eve parties, and several go-to fashion sites have recommendations at the ready. The Fashion Spot has a few ideas for formal and casual events, WhoWhatWear helps you transform pants and skirts into party-worthy ensembles--New York Times style reporter Eric Wilson even offers dressing advice from a few drag queens: "I think feeling your very best is knowing that you’re comfortable in everything you’re wearing," said DJ Lina Bradford. "Having something too tight or that you’re not feeling is a no-no." Because around here, we feel color, I've culled 10 bright cocktail dresses to get your wardrobe creativity flowing. My advice? Find something you'd want to wear again, doll it up with a pile of bangles or a big crystal necklace, and have a great time. 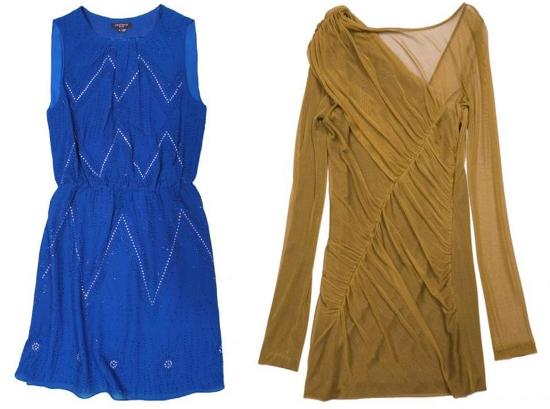 Once a month, we'll be taking a look at fashion in film--characters, colors and costume design. Working together to create a believable persona, in the movies, the clothes often quite literally make the man. Or, in the case of today's character, they make the 18th-century queen-to-be. 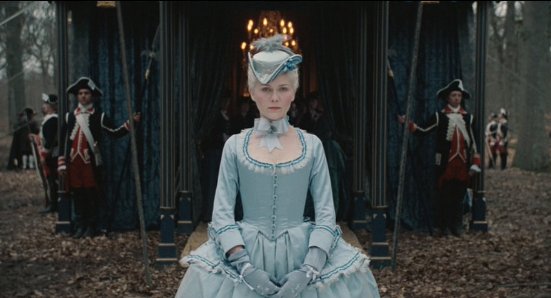 Director Sofia Coppola's 2006 Marie Antoinette is loosely based on the real life of its title character, the Archduchess of Austria who married Louis-Auguste, the Dauphin of France, in 1770 at the age of 14. In history and in the film, the marriage isn't consummated--a sticking point in the story. Instead, Marie (portrayed by Kirsten Dunst), who has little political sway and finds herself frustrated with life at court, throws herself into more frivolous pleasures--clothing, gambling and makeup. When the king of France passes in 1774, the Dauphin (portrayed by Jason Schwartzman) becomes king--making Marie Antoinette the new queen. 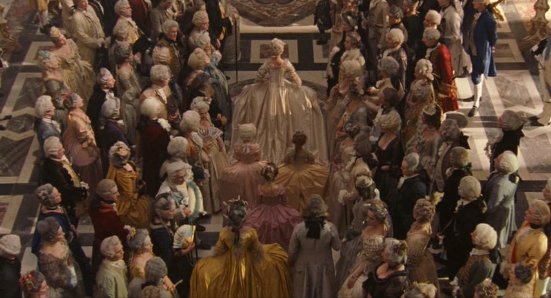 Another inspirational set of fashion illustrations is on display, this time at London's Design Museum. "Drawing Fashion," featuring works from the collection of Joelie Chariau, founder of Germany's Galerie Bartsch & Chariau, is the first exhibition in London to be devoted to fashion drawing over the last 100 years. The drawings showcase 20th- and 21st-century looks sketched by illustrators such as Erté, Lepape, Antonio, René Gruau and Mats Gustafson for houses including Chanel, Dior, Comme des Garçons, Viktor & Rolf, Lacroix, and Alexander McQueen. 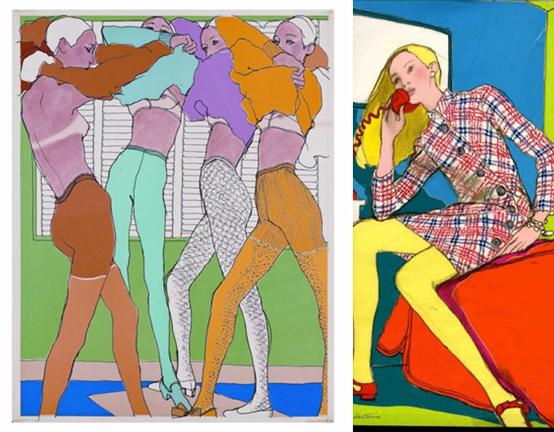 "I have always responded to drawing as strongly as to finished paintings as they show us the working of the artist's mind so clearly, and I have always loved fashion drawing for the same reason--plus the fact that the good ones show us the way the designer's mind also works," said the show's curator, fashion historian Colin McDowell. "True fashion drawing has a very special role in fashion creativity--something rather forgotten today by many of the slick illustrators who have a certain skill but nothing at all to say with it. A good drawing illuminates the clothes not only for the public but frequently for the fashion designer himself. The works on show at the Design Museum have been carefully selected to show fashion drawings not as mindless exercises in empty technique but as works of art in their own right."

Wake up; brush your teeth; put on clothes; color analyze your outfit. Do that for 365 days and your right where Jacobo Zanella is, with a whole lotta visual info about your color habits and a really awesome project. 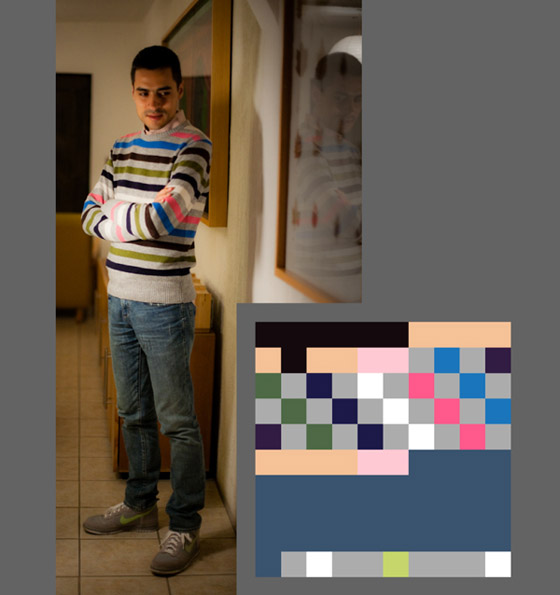 Why do you do it? | Just for fun. I started this project as a leisure activity and as a visual experiment. I didn’t expect it to reach an audience because of its very personal nature. As months went by and I got familiar with the documentation process, I also became much more observant than before. I had no idea hue changes were so visible and cyclical.

The Fun in Functional at Betabrand

In 2005, Chris Lindland started the San Francisco-based company Cordarounds with a simple pair of corduroy pants. But before you write that off as totally boring, consider that these pants come with a little innovation--a horizontal wale. A range of earth tones from the outside, the pants also boast patterned waistband and pocket linings that peek out with bright whimsy.  It's all a little nod to the way a hipster can make the fusty cool again, and it's marketed with a serious dose of appropriate irony ("Horizontal corduroy lowers drag," "Drastically lower your crotch heat index," etc.). 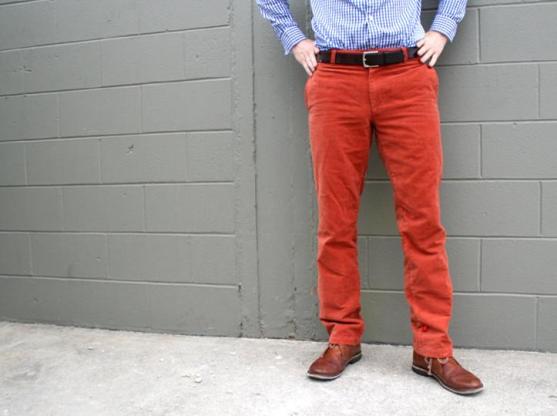 A little crude? Yeah. But Cordarounds have caught on, and Lindland's business has blossomed. Now, under the moniker Betabrand, Cordarounds have been joined by a full lineup of limited-edition pants, jackets, accessories and the Black Sheep Sweater, made from the undyed wool of black sheep.