If you have any eye for the radically strange side of fashion, you've surely already heard of the brightly colored trends from Tokyo's Harajuku district (not to mention, we've posted about them in the past!). Of course, it was inevitable that someone would document such a memorable phenomenon, and while several books have come out on the topic, one in particular is a true standout.

Called Fruits, this series of books by Shoichi Aoki has captured the look of the kids that frequent Harajuku, but it's also gone a step further to find out a bit more about them in the form of easily readable stats on the bottom of each page. For this reader, it's even more interesting to find out tidbits of information about the kids that spend three hours dying their hair turquoise and making their own costumes than it is to see what they're wearing. What kind of music do they listen to? Who are their fashion idols? 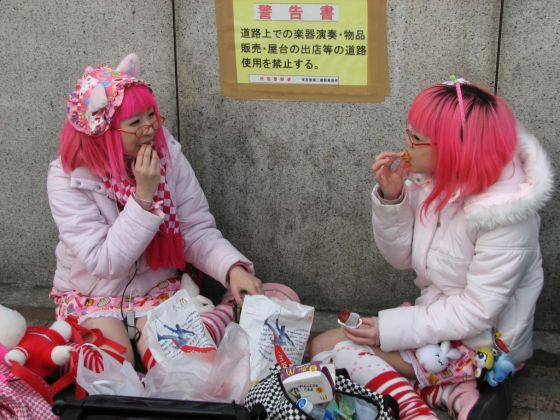 The key to Fruits-inspired fashion is color, and a lot of it. The young men and women who embody the true spirit of the fashion movement purposely mismatch prints and colors and wear many layers of clothing. The inspiration of the look gave musicia Gwen Stefani the idea to create her own fashion line, Harajuku Lovers, which promotes a more wearable version of the look with thin tees, oversized tops and bright knits.

Check out a few more of the vivid styles of Harajuku's proud residents below. You can also buy the books here.

Last month, we took a closer look at some of the style-minded groups here at COLOURlovers (see part one here). Those initial five were just a small sample of the number of groups in the community piecing together colors, palettes and patterns to create (or re-create) their favorite articles of clothing, fashion trends, designer creations and editorial inspiration.

Today, we're spotlighting five more groups. Don't see yours? Tell us all about it. Starting one of your own? We'd love to know about it, too. In the meantime, here's what these fashion-inclined color lovers are up to.

Headed up by lover wearpalettes--who we've featured for his blog, wear palettes, where he matches up color palettes with inspirational street-style photos from Close Up and Private and Lookbook.nu (and formerly The Sartorialist)--clothing palettes is a place for group members to record their own sartorial efforts. wear palettes recommends members include their inspiration colors, clothing or Web sites along with palettes and patterns; with 1,194 palettes, there's plenty of inspiration to be had within the group, too.

[looks] is for those wanting to document daily ensembles in color form--palettes and patterns modeled after what group members are wearing. Seasonal color trends are also in the mix.

On March 9, Alexander McQueen's Fall 2010 ready-to-wear collection debuted in Paris. Each medieval-inspired dress had something distinctly McQueen: There were billowing skirts, there was crisp tailoring, there were exaggerated silhouettes, there were fierce shoes.

In the 20 years he spent working in the fashion industry, McQueen changed the industry with his vision and innovation. He was unafraid to take risks, to do what no one else was doing--he was a rebel, "l'enfant terrible," and he was greatly loved. 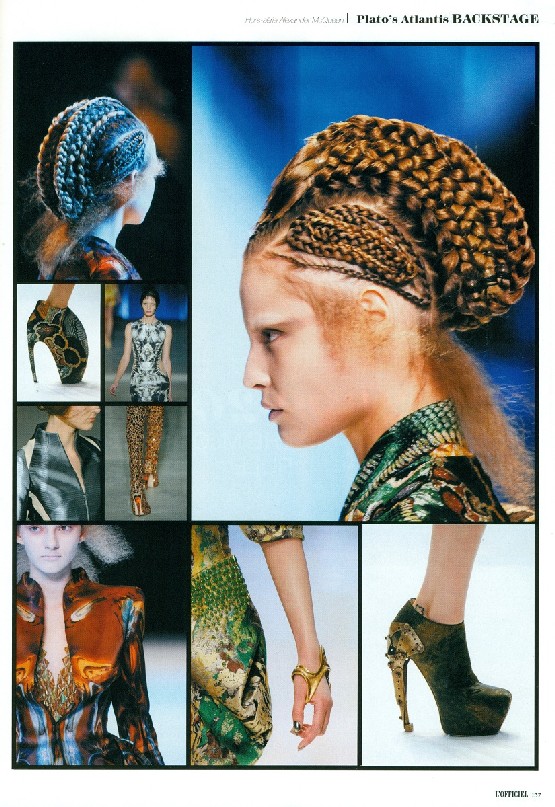 Lee Alexander McQueen was born in London in 1969. He started making dresses for his sisters in his youth; in his teens, he took an apprenticeship in London's Savile Row, a shopping street known for men's bespoke tailoring. What he learned there translated to his future designs, both under his own name and at Givenchy, where he served as head designer from 1996 to 2001.

A New Look at the Old Black

Fashion is hard to imagine without black–after all, every season, there's a color that's taken it's place as the epitome of chic (unless, of course, black reclaims its crown). Black is rich and stark and hard and soft all at the same time, and those nuances are undoubtedly why it's fashion's favorite color.

It's also why black is the focus of a new exhibition at the MoMU Fashion Museum in Antwerp, Belgium. Open through Aug. 8, "BLACK. Masters of Black in Fashion in Costume" pairs contemporary and haute couture pieces from minimal designers with, among other things, historical portraits and runway videos. 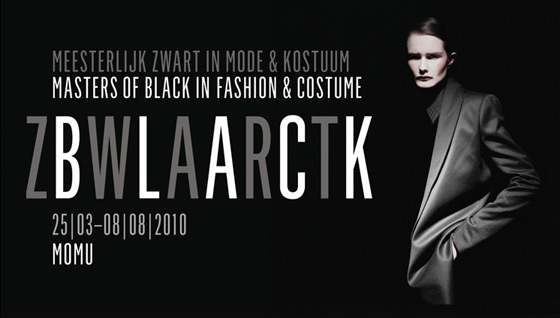 Said T Magazine's Rad Hourani, "Black was once described as an extreme color, and this central idea runs through the 22 installations, which span not only the history of the color but also its rendering in treatments ranging from embroidery to 3-D. One learns from the exhibition that the perfect black actually has hues of blue, red or brown in it — thereby answering the age-old question of whether black is in fact a color."

A few current looks from designers included in the show: 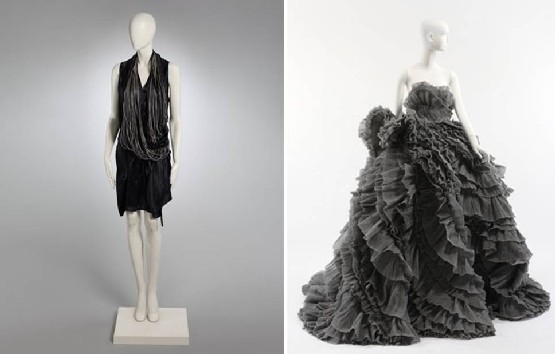 This week, we're starting an occasional Fashion Channel series to spotlight the editors, stylists, photographers and makeup artists behind the glossy magazine spreads that are as much about the artistry of fashion as they are about the clothes themselves. These pages are often where style inspiration for the everyday closet starts when it comes to color, pattern, fabric and shape. 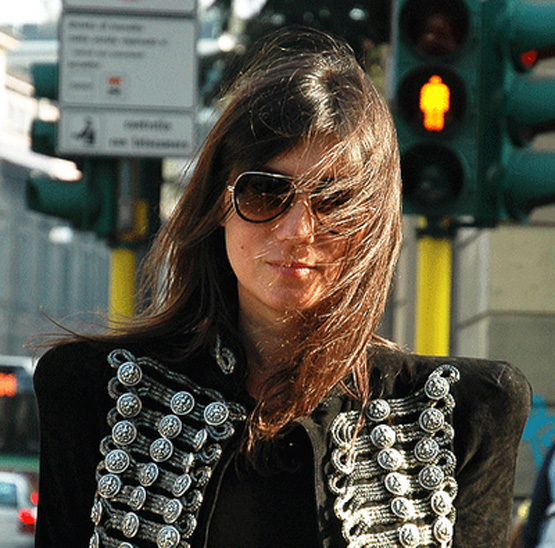 Much-loved in the fashion blogosphere for her own cool, laid-back, androgynous personal style, Alt has been styling shoots with chic sharpness for Vogue Paris since 2001.

Once a month, we'll be taking a look at fashion in film--characters, colors and costume design. Working together to create a believable persona, in the movies, the clothes often quite literally make the man--or, in the case of today's film, they make the boy (or girl) the man (or woman) used to be.

Director Wes Anderson's 2001 The Royal Tenenbaums centers on the dysfunctional Tenenbaum family (loosely based, Anderson has said, on the Glass family of most of J.D. Salinger's novels). Each of the once-great family members has, as the movie starts, fallen from great potential at an earlier point in life, and the film follows the family as it tries to rise--or at least reshape--again.

Part of the characters' intense internal struggles is externalized in Anderson's typically stylized world by the iconic looks put together by costume designer Karen Patch, who worked with Anderson on films prior to The Royal Tenenbaums: Bottle Rocket and Rushmore.

"In every film there’s a place to make a character stand out in an iconic way, but you have to find the right place," Patch said in a 2008 article in W magazine. "You have to be careful because a year after you design something, when the film comes out, a look could be over. So you want to do something quite classic." 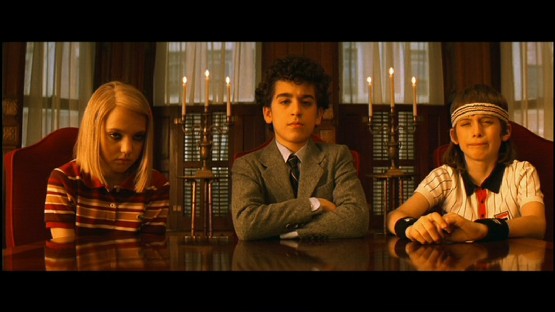 Margot (the adopted daughter), Chas and Richie--grown when the film starts--were, viewers find out, a group of talented kids. Margot wrote and staged plays, Chas was a financal genius, and Richie was a tennis prodigy. But as they grew, their early success stalled out, and, like their parents, they're each in a rut. Their situations are easily spotted with a quick glance at the adult wardrobes, which really aren't all that different from the childhood wardrobes.

In late 2008, stylist and designer Kelly Framel thought she had something to contribute to the growing personal-style blog community. And considering the response to TheGlamourai.com, which Framel started in September that year, it seems the style blog community agrees–Framel's carved out a reputation for herself, her style and the bold, statement jewelry she creates with new and vintage materials (she loves vintage herself, though we'll get to that in a minute).

"Because of my blog, I’ve made like-minded friends all over the world, worked with brands I never thought possible, launched my jewelry line, and redefined my career and role in the fashion world," Framel said. "It requires more time and hard work than I ever imagined, but at the same time it is so rewarding."

Framel's also gained a reputation in the blog community for innovative color and pattern-mixing, revealed in even the briefest of glances through the photos of Framel's everyday costumes, as she calls them. She's offered mini tutorials on the art–which can be one of dressing's trickiest–on her own blog, and she kindly stops by the Fashion Channel today to give us a few tips and tricks, as well as a heap of pretty photographic inspiration. 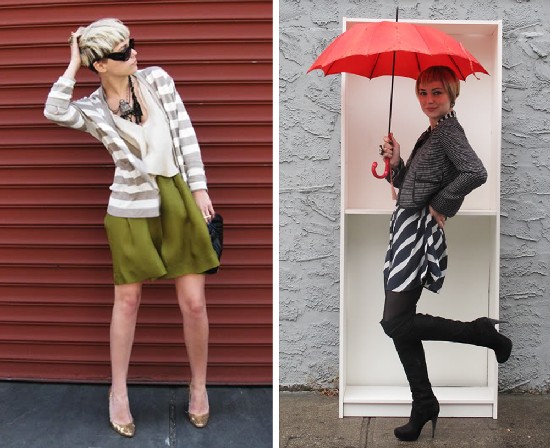 The wonderful Etsy team invited our Fashion Editor, Lindsey to  pick out some of her favorite greens on Etsy right now. See the original in the Etsy blog.

Lindsey Baker, a.k.a. heroinepretend (name is from a Belle & Sebastian song!), is the editor of COLOURlovers' Fashion Channel and a style columnist for Omaha, Nebraska's alternative newsweekly Shout!, among other writerly things. Visit her at COLOURlovers.

Colloquially, the word "green" is as complex as the color can be itself: it represents envy and the healthy-heart chakra alike, acidic and sweet by turns, inexperience and growth simultaneously. If it can be boiled down to any one thing, perhaps green would be, simply, life. And maybe that's why we yearn for it every spring, revel in it all summer, and bring it inside when the seasons change. A constant reminder of freshness and serenity, green offers us an instant connection to our natural environment — undoubtedly why it's the token color of the eco-friendly movement.

With three green-hued color palettes from COLOURlovers as inspiration, these Etsy picks reflect just a handful of the moods the colors evoke. 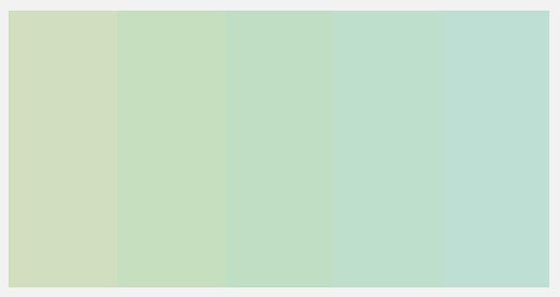 The proof is in the number of community groups that draw color inspiration from all things fashion–what members are wearing, what they see in magazines and on runways, what designers they love, and what muted, bright and brilliant palettes and patterns they dream up.

Today we're looking at just a handful of the style-minded groups here at COLOURlovers. Don't see yours? Tell us all about it. Starting one of your own? We'd love to know about it, too. In the meantime, here's what some of the fashion-inclined color lovers are up to.

Inspired by editorial shots in the Livejournal community of the same name, Foto Decadent turns the avant-garde into unexpected couture palettes and patterns. Lovers typically attach a photo of their inspiration, too; here's a brief sampling of what's in the group's repertoire right now.

Colours I am wearing today

The unofficial style diary of COLOURlovers, Colours I am wearing today offers its 141 current lovers a way to share their daily ensembles--at least from a color standpoint--with fellow lovers. Lovers are encouraged to detail which colors and patterns match which items of their wardrobes, but that isn't a requirement. Sometimes, an idea based on the color choices and titles alone can be inspiration enough.

The pale side of each spectrum is represented as well for those who prefer a subtler attitude: