Another Take on Mad Men Style

These days, you'd have to live under a rock to miss the Mad Men fashion discussion. Costume designer Janie Bryant--who combines vintage and hand-created period clothing for the characters of the 1960s advertising world--has been credited with changing the face of late-2000s fashion, and it isn't a stretch. Recent runways have featured full skirts and nipped waists and shifts that celebrate women's curves, shedding modern light on dressing up.

But for all the focus on buttoned-up, ladylike splendor, there's at least one woman highlighting the fun of Mad Men's fashion, too. 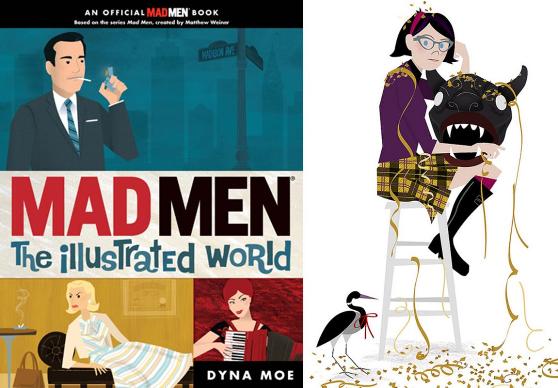 Freelance illustrator and designer Dyna Moe (depicted in the self-portrait on the right) started inking kitschy Mad Men illustrations when actor Rich Sommer, who plays Harry Crane on the show, asked Moe to create a Christmas card. She decided to mock the advertising illustration of the era, and pressed on with it, illustrating a scene from every episode and posting them all on Flickr. (She was also behind the popular Mad Men Yourself avatar). She drew for three seasons, and last month, Penguin culled Moe's illustrations, along with era-related features, for Mad Men: The Illustrated World. 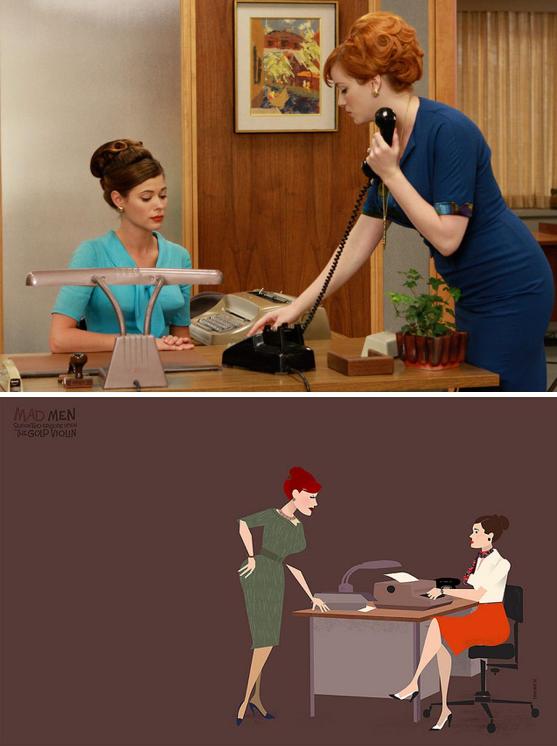 Moe said she spends at least five hours on each illustration, and while they represent scenes in cartoon fashion, she used characters' styles as her guide.

"I don't trace, but I make a note of the way the buttons on a dress look. If there's a striking set piece or something, I labor on it," she said in an interview with AMC. She had a few other references as well: "I have a swipe file of period ads," she said. "I take stuff from sewing patterns a lot of the time for the women's poses." 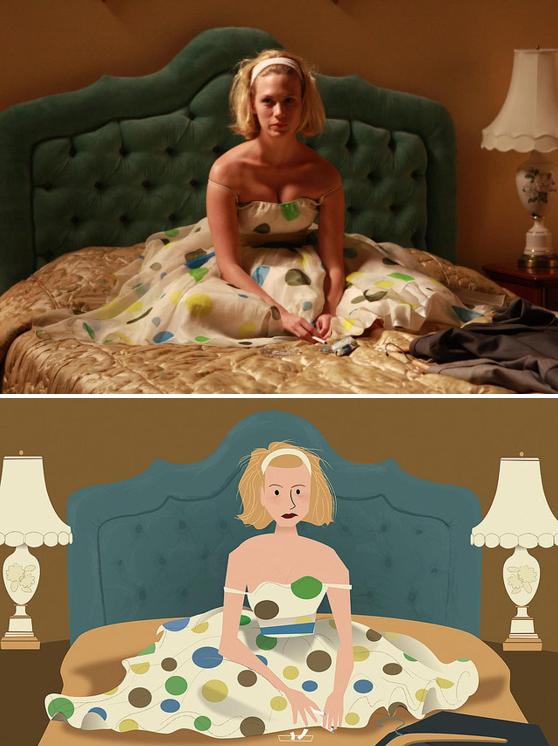 In spite of the characters' sometimes colorless ensembles, Moe capitalizes on the colors and prints of the '60s in her illustrations. She never worked directly with the show's wardrobe department--other than for her own stint as an extra this year--but in both her scene choices and interpretation, she captures mood and the characters' personalities. 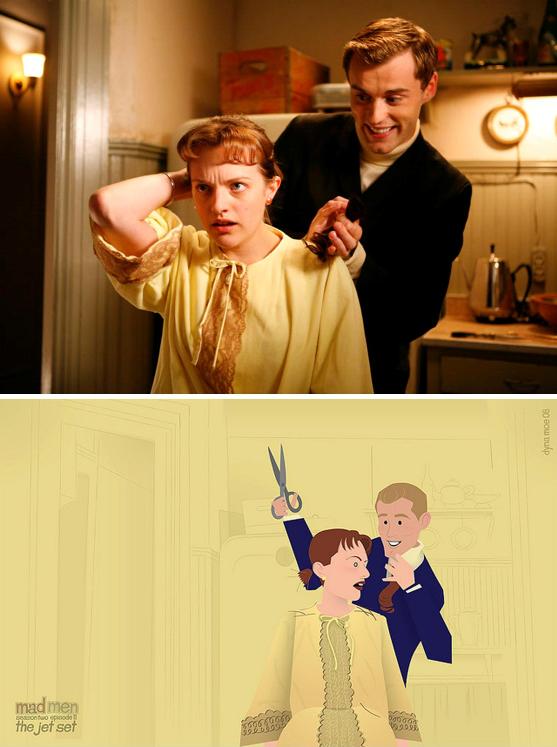 Peggy Olson, for example, a secretary-turned-copywriter, tends to blend into the background. Accordingly, Moe used the same pale yellow to shade both Peggy's dressing gown and room when illustrating a scene from a season two episode--one in which Peggy gets a modern '60s haircut. 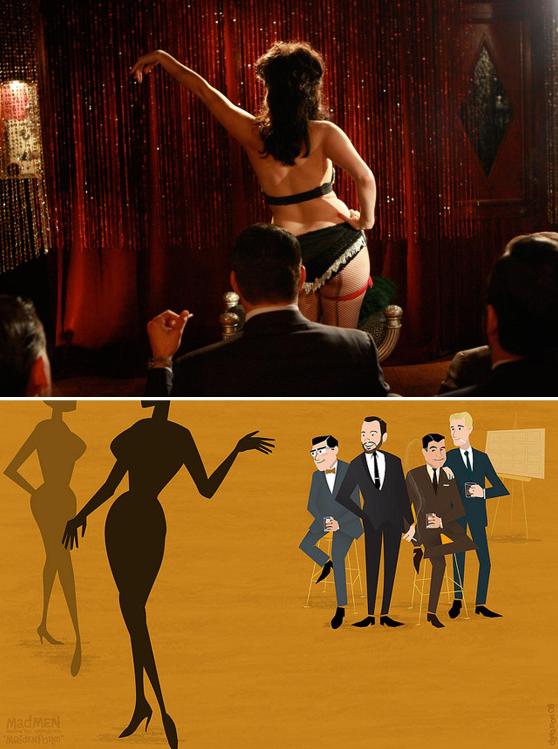 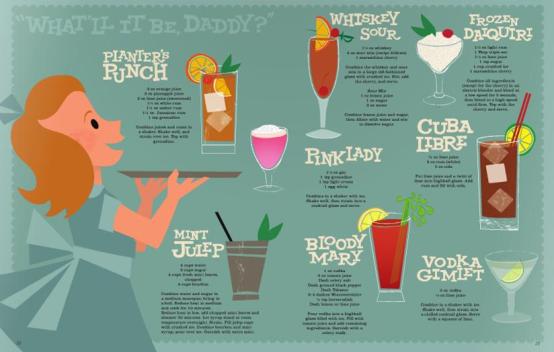 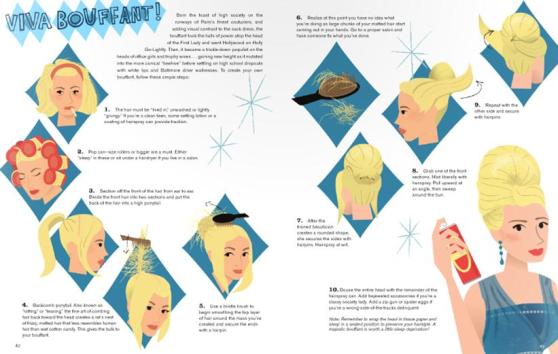 My favorite of Moe's work, the Joan Holloway paper dolls: 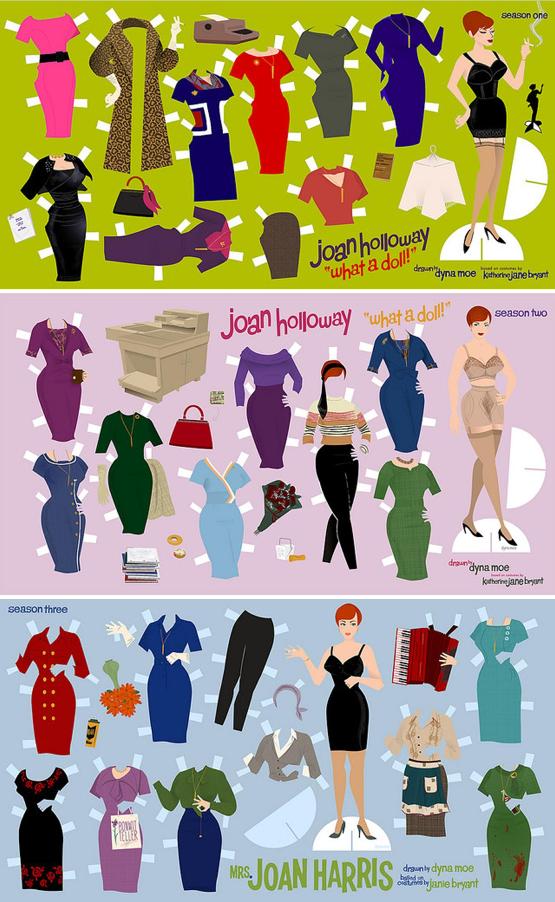 Mad Men style on the runway? Sure, I'll take it. But it looks pretty good on the coffee table, too.

Fun fact: Janie Bryant calls Betty's polka dot dress her "sad clown" dress. I wasn't aware of that when I made a palette/pattern.

Also, I started a Mad Men group. Feel free to join and contribute relevant stuff so I'm not so alone.
Reply

Great post, thanks! Can't wait for the next season!
Reply

I'm obsessed with this show - so much eye candy! (In more ways than one!) Dyna Moe is the greatest! Thanks for this post!
Reply

Great post!!
Love seeing the photo and the illustration. Thanks for sharing! =)
Reply