In biography after biography of designer Betsey Johnson, a single word is oft-repeated: exuberant. And truly, one would be hard-pressed to find a designer more exuberant in style--or even life--philosophy than Johnson, who turned 68 last week.

With a continued focus on youth and femininity, playfulness and a lot of pink, Johnson can be counted on to liven up a runway. Today, we're taking a look into her colorful life, career and Fall 2010 collection. 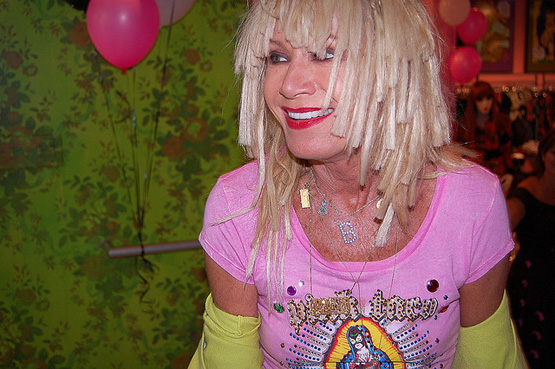 Born in 1942, Johnson grew up in Wethersfield, Conn. She started dancing at an early age, and it led her to fashion: She fell in love with, and eventually started making, costumes. After graduating from Syracuse University in New York, Johnson served as a guest editor at Mademoiselle magazine in 1964; through the position she landed a job with Paraphernalia, a Manhattan boutique that brought the 1960s' mod London look--made famous by Mary Quant and Twiggy, among others--to the U.S. 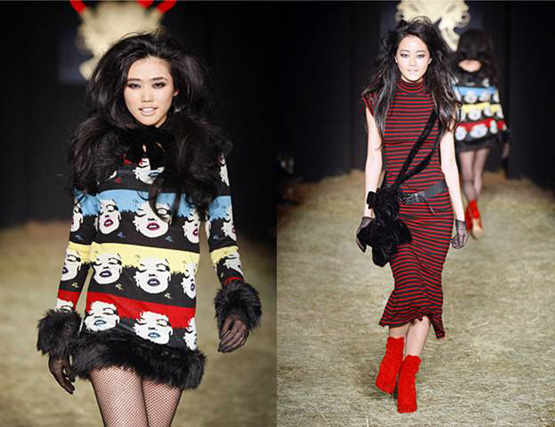 Warhol's influence still shows in Johnson's work. For her Fall 2010 collection, she went with her roots--well, her roots with a Western theme. "I'm working with my stuff, being very true-blue Betsey," she told Style.com. 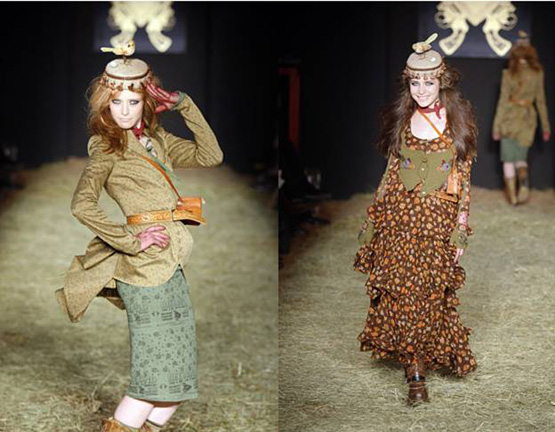 After bringing her signature into the retail scene with Betsey Bunki Nini, a boutique she opened in 1969, and Alley Cat, a label she helmed in the early 1970s, Johnson started her own label with partner Chantal Bacon in 1978.

Today, more than 65 Betsey Johnson stores are open around the world. 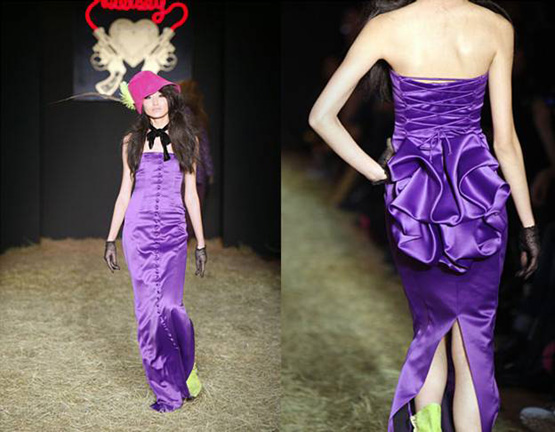 In 1999, Johnson was given a special award for "timeless talent" from the Council of Fashion Designers of America.

"Back in the 60's,'' the council's then-president Stan Herman told the New York Times, ''she was at the forefront of designers doing clothes that were not expensive. She never overreached herself. She found her metier very quickly. Her clothes changed slightly but have always been consistently irreverent.

"There's something to be said for history," he said. 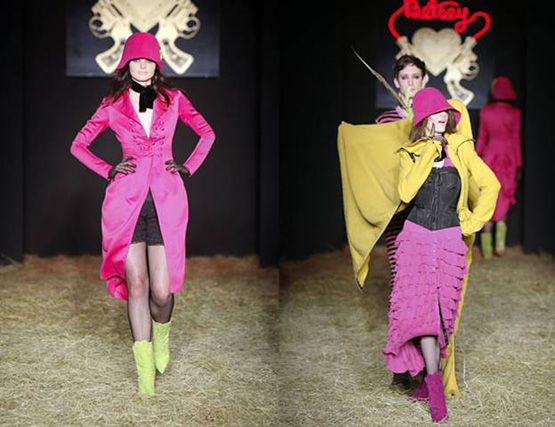 Eleven years later, that statement still holds true. There's something to be said for Johnson's fierce pride in that history; it shows in her bold use of color, print and embellishment. The fashion doesn't take itself too seriously--Johnson is about having fun and being carefree and, ultimately, happy.

"Making clothes involves what I like...color, pattern, shape and movement," Johnson said. "I like the everyday process...the people, the pressure, the surprise of seeing the work come alive walking and dancing around on strangers. Like red lipstick on the mouth, my products wake up and brighten and bring the wearer to life...drawing attention to her beauty and specialness...her moods and movements...her dreams and fantasies."

It's really no wonder Johnson does a cartwheel at the close of every one of her runway shows.

What to pack for your summer holiday
Posted in __PRIMARY-CHANNELS, Articles, Design, News
How to shop for the dress which fits your body shape
Posted in Design, DIY, Events, News
5 Comments
Showing 1 - 5 of 5 Comments
Reply

Love the enduring individuality of Betsey! As a college student and budding artwear designer, she was among my favorite, and most inspiring, designers. I still have some of the Alley Cat pieces I scored at the time. Her work was always fun, brave and energetic, and even though I've all but retired my sewing machine and migrated to graphic design, I'm still inspired. Brava!
Reply

I love everything about Betsey Johnson and her designs! I own a few of her handbags and some costume jewelry. There's a lot of seriousness in the fashion industry, and I admire how she manages to keep her work fun and outrageous, albeit almost gaudy at times. She is a truly fearless woman!
Reply

I love Betsey Johnson, she is my favorite designer! I have a couple dresses and shoes, and plenty of handbags/accessories from her. Her bright and unconventional personality is delightful and only makes me like her even more. :)
Reply

She always has a youthful flair. Hot Pink and Black have always featured prominently in her collections over the years. I love her spirit! Betsey Johnson is ageless.