Technicolor Fashion: The Wizard of Oz

Once a month, we'll be taking a look at fashion in film--characters, colors and costume design. Working together to create a believable persona, in the movies, the clothes often quite literally make the man. In the case of today's characters, they make the man (or girl) who's almost who (or where) he (or she) wants to be.

In 1939, 12-year-old Kansan Dorothy Gale (Judy Garland) ran away from home to protect her beloved little dog, Toto, from certain death at the hands of Almira Gulch, a neighbor Toto had bitten. In her time away from home, Dorothy encounters a fortune teller who advises her to return home--and she attempts to do so, but is swept up, along with Toto and her family's farmhouse, in a tornado. She lands in a colorful world of bizarre characters, each with a want--courage, intelligence, heart, revenge. Dorothy's own want is simple: to get back home. 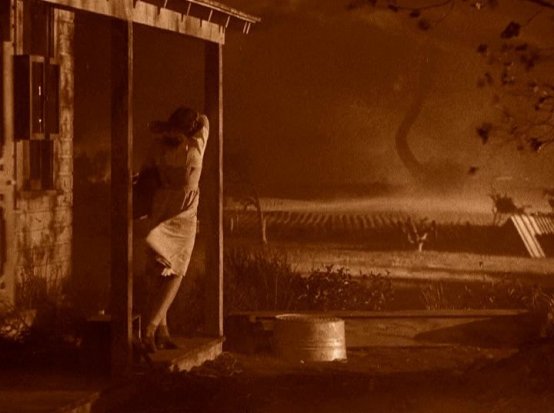 Based on a 1900 novel by L. Frank Baum and directed by Victor Fleming, The Wizard of Oz has become one of film's most memorable, most watched and most famous. And it's one in which color plays an obviously integral role, both with its glorious shift from black-and-white to Technicolor and with its now-iconic costuming. 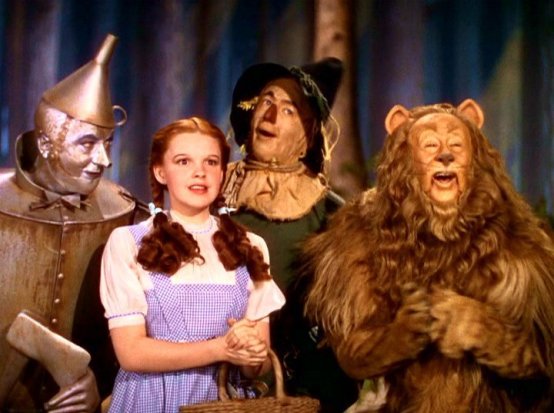 "Movies in color had been made for a while, but most films in 1939 were still in black and white," said David Bezanson of Filmcritic.com, "so the gimmick of beginning in B&W and shifting to Technicolor was very effective."

It took the viewer from the gray world of Kansas to the Hollywood of Oz, too, Bezanson said--and it let those Hollywood costumes take center stage. Adrian Adolph Greenberg (1903-1959), who went largely by Adrian but was also known as Gilbert Adrian, designed costumes for more than 250 films, but his most famous were those worn in The Wizard of Oz and other MGM films in the 1930s and 1940s. He went on to establish his own couture and ready-to-wear collections. Adrian designed almost exclusively for women during his tenure in film--which accounts for his oft-used credit "Gowns by Adrian"--but for Oz, he designed all the costumes.

"Adrian made 3,210 individual drawings and designed all the costumes for the 1939 movie classic, including Dorothy's blue and white gingham dress, the Tin Man's suit of armor and the Munchkins' flower-adorned felt ensembles," reported Kathryn Ross in a 2002 Seattle Times article. In the same article, movie and television costume designer Jane Trapnell Marino said, "'He was very important in creating the characters that the stars were known by.'" 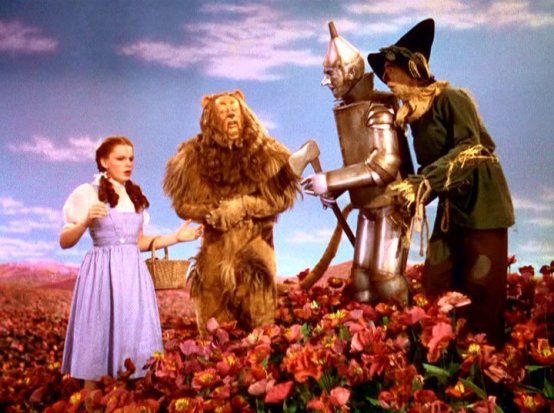 The characters of The Wizard of Oz, at least, are certainly known by their costumes: Dorothy and her crisp puff-sleeve blouse and starched gingham pinafore, the Cowardly Lion and his scruffy mane, the Tin Man and his clunky suit of scrap metal, and the Scarecrow and his baggy patchwork garb.

According to California's Fashion Institute of Design & Merchandising, "Adrian created costumes which were intended to reveal information about setting, character and plot through fabric, fit and embellishment. In a 1937 interview Adrian noted that 'Few people in an audience watching a great screen production realize the importance of any gown worn by the feminine star...the fact that it was definitely planned to mirror some definite mood, to be as much a part of the play as the lines or the scenery, seldom occurs to them.'" 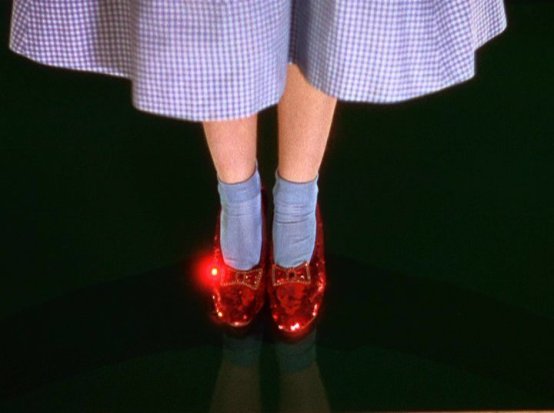 But that likely isn't the case with the Adrian-designed ruby slippers Dorothy wears for much of her time in Oz. Glinda, the Good Witch of the North, transfers the magical slippers from the feet of the dead Wicked Witch of the East (whom Dorothy inadvertently killed when her farmhouse landed in Oz) to Dorothy's feet. In the end, they prove to be the key to getting Dorothy home.

Today, the slippers are regarded as some of the most valuable film memorabilia. Adrian created several slipper designs before his red-sequined version was selected; numerous pairs were made during the course of filming, and five are known to have survived. All are a size 5 or 6, and each shoe--a silk pump initially dyed burgundy and covered with tonally matched sequined organza--purportedly has 2,300 sequins, along with a butterfly-shaped bow.

One pair is on permanent display at the Smithsonian Institution in Washington, D.C. 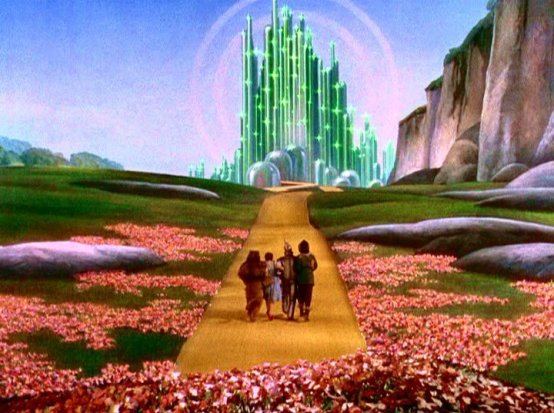 The costumes in The Wizard of Oz aren't complex; they serve to firmly establish characters as particular individuals. They allow viewers to locate each character easily. They're quaint and fierce and glamorous and scrappy by turns. They do prove each character had what he or she needed all along. More than anything, though, they undeniably make the story come alive as much as the Technicolor that shows them off.

Like the The Wizard of Oz's simple moral, in fashion, sometimes there's just no place like Hollywood.

More from the Community:

30 Years of the Most Colorful Hats in Fashion
Posted in Art, Culture, News
4 Comments
Showing 1 - 4 of 4 Comments
Reply

Thanks for the ideas you've been shared.