A customer of mine recently suggested a new color scheme for my products, which happens now and then, but this time caught my attention. She said she would like to see something in purple, orange, and green--because those are the colors she is using in her wedding.

I have never had great success with purple. Paired with a neutrals like tan, gray and white, it's not bad. But with orange and green? That's a lot of color.

So I thought it would be a nice challenge to come up with a color scheme based on those colors and here's what I've got.

Orange and Green can work well together, opposing cool and warm colors, so long as there's enough yellow in them to coordinate with each other. Too much red in the orange or too much blue in the green and they don't work as well.

I based this scheme largely on this photograph I found on Flickr by John Dalkin. 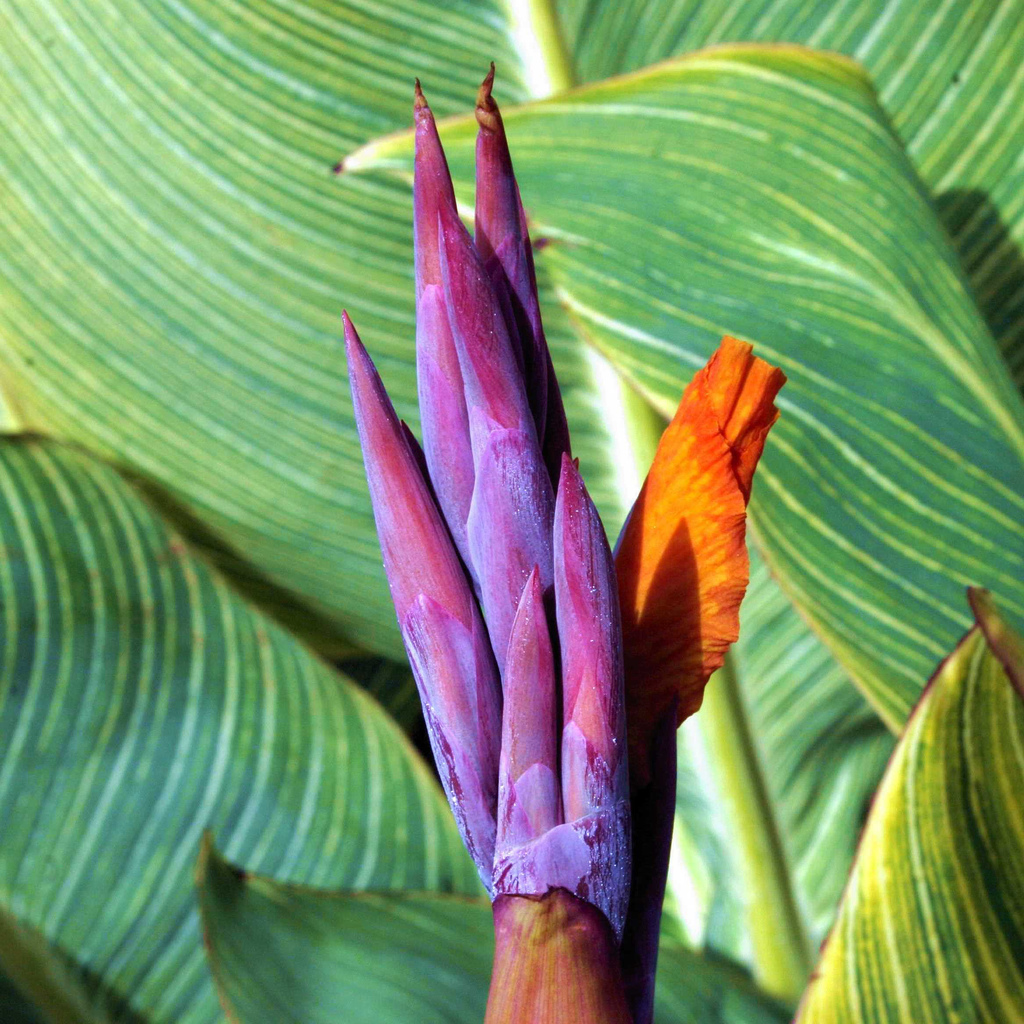 This blend of purple is beautiful. I pulled three shades of each color in the leaves and flowers + some of the dark pink shade at the tips for an accent.

I bought a few little vintage things from FritziMarie last week, and what a lovely package! She tied everything up with tissue paper and beautiful blue ribbons. That's a photo of her package lower right.

I bought some mary janes (pictured on my feet top left) and she threw in the neat post card from her hometown (Seattle). She used vintage buttons in the wrapping too, so sweet. It just happened that all this stuff is in the same color scheme. I was instantly inspired, so I took some photos.

Color is everywhere. Look for colors that appear near each other and find ways to make them connect. It just so happened the placemat sitting on my dining room table where I set these items was the same dark brown/gray found in the items from the package. Though I didn't plan it, the placemat ended up a perfect backdrop. 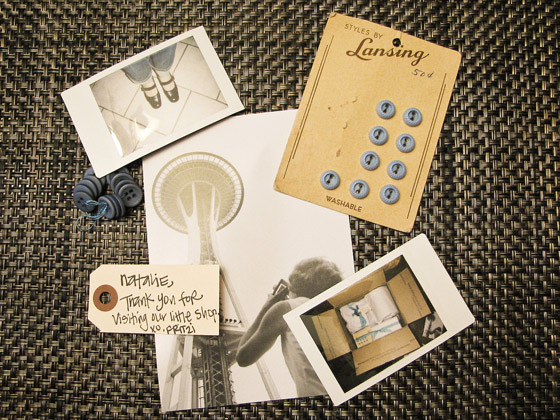 Hornsea Pottery was founded in 1949. Located in the seaside town of Hornsea in the East Riding of Yorkshire, England, the first factory housed founders and brothers Colin and Desmond Rawson. The factory's earliest pieces included Character Jugs and posy vases with attached animal figures. The business continued to grow over the years, moving into larger and larger buildings. At its largest, Hornsea employed  700 people. The business closed in 2000. Today, over 2,000 pieces from the pottery's beginnings in 1949 to 2000 are on display insides two converted 18th century cottages is theHornsea Museumin Newbegin, the main street of Hornsea. Inspiration: Hornsea Pottery 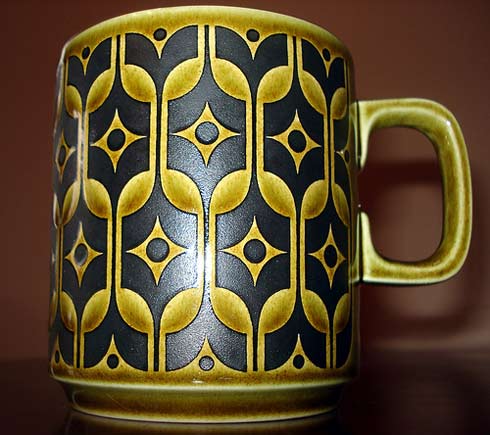 Suzane Smith sent over the ink to her post 25 Best Places to Find Knitting Patterns Online to share with the community, and we're glad she did. If you like to nod your head to the knitting beat then you might want to check it out. And even if you're a non-knitter there is plenty of color inspiration to be found in the yarns and patterns on these sites.

Below is a selection of sites and descriptions picked from her list. You can see the complete list and reviews here.

Few online communities are as welcoming and open to beginners as those devoted to the ancient craft of knitting. In order to promote an appreciation and love of the utilitarian art, they provide thousands of free patterns for personal, charitable, and occasionally commercial use. Ranging in skill level from the very basic to the masterful, they all provide an excellent service for those seeking to personally craft their own wardrobe and home, give a highly personal gift, or donate to a beloved charity.

Ravely easily exists as the most bustling knitting community on the internet, where hobbyists and professionals alike gather to share their projects and experiences, show off their yarn stash, and – of course – post knitting and crochet patterns. Every skill level of every possible project imaginable can be found on the 500 pages dedicated solely to completely free instructions. Even more are available directly from the designers for a fee. Smaller special interest groups have sprung up within the larger site as well, making it even easier to look for patterns conforming to highly specific needs and interests.

Plenty of color inspiration even for non-knitters, as you can see from the winners of Ravelry's Dye For Glory Competition. 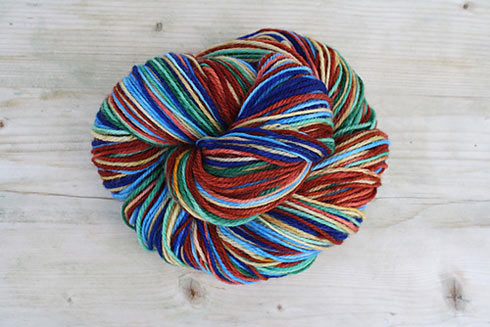 Anna Hrachovec is a New York based knit toy designer. Her knitting patterns and one-off pieces can be found at her website Mochimochi Land.

The toys that inhabit Mochimochi Land are at once cute and strange, and they appeal to adults and children alike. They are all original designs by Anna Hrachovec, a knitter who lives in New York. Anna finds inspiration in Japanese kawaii culture and illustrators like Dr. Seuss.

The Mochimochi Shop specializes in downloadable knitting patterns, but one-off toys might pop up in there from time to time, too. 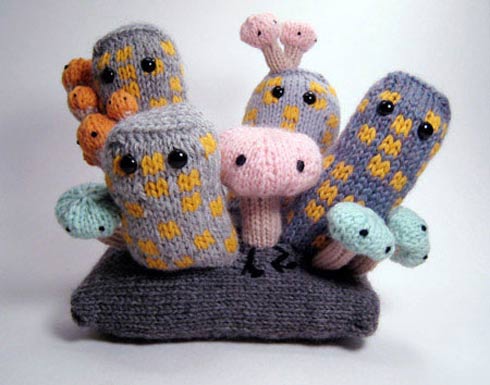 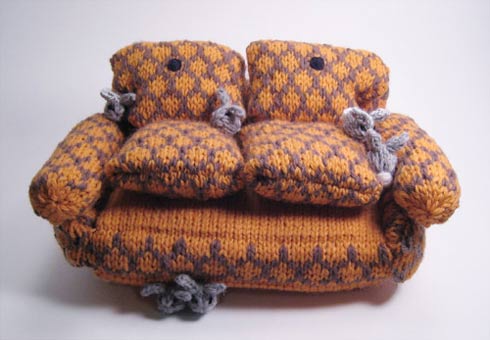 The Colorful Art Of Batik

Batik is the process of creating intricate patterns on textiles with wax-resistant dyes. There seems to be some controversy surrounding the origins of the technique but according to the Wikipedia article discoveries showed it already exists in the Middle East, India and Central Asia over 2000 years ago. In Java, Indonesia, batik predates written records, but some experts argue that the technique might have been introduced during the 6th or 7th century from India.

Traditional colours include indigo, dark brown, and white which represent the three major Hindu Gods (Brahmā, Visnu, and Śiva). The colors of pesisir batik, from the coastal cities of northern Java, are especially vibrant, and it absorbs influence from the Javanese, Chinese and Dutch culture. 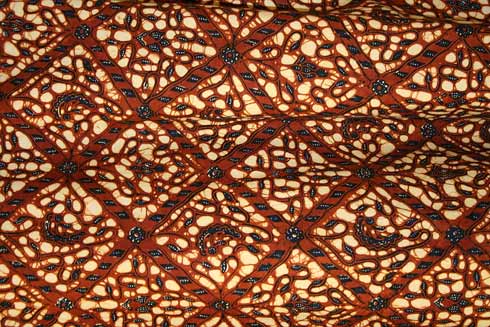 Contemporary batik, while owing much to the past, is markedly different from the more traditional and formal styles. For example, the artist may use etching, discharge dyeing, stencils, different tools for waxing and dyeing, wax recipes with different resist values and work with silk, cotton, wool, leather, paper or even wood and ceramics. 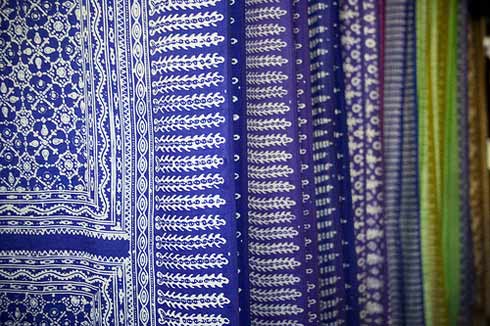 The Colorful Art Of Thangkas

A Thangka is a painted or embroidered Buddhist banner which is hung in a monastery or a family altar and occasionally carried by monks in ceremonial processions. It first became popular among traveling monks because the scroll paintings were easily rolled and transported from monastery to monastery.

Thangka, when created properly, perform several different functions. Images of deities can be used as teaching tools when depicting the life (or lives) of the Buddha, describing historical events concerning important Lamas, or retelling myths associated with other deities. Devotional images act as the centerpiece during a ritual or ceremony and are often used as mediums through which one can offer prayers or make requests. Overall, and perhaps most importantly, religious art is used as a meditation tool to help bring one further down the path to enlightenment. The Buddhist Vajrayana practitioner uses the image as a guide, by visualizing “themselves as being that deity, thereby internalizing the Buddha qualities (Lipton, Ragnubs).”

Painted Thangkas are done on cotton canvas or silk with water soluble pigments, both mineral and organic, tempered with a herb and glue solution - in Western terminology, a distemper technique. The entire process demands great mastery over the drawing and perfect understanding of iconometric principles.

While maybe not as colorful as our Rainbow Cake from last week, here is a collection of impressive designer cakes. 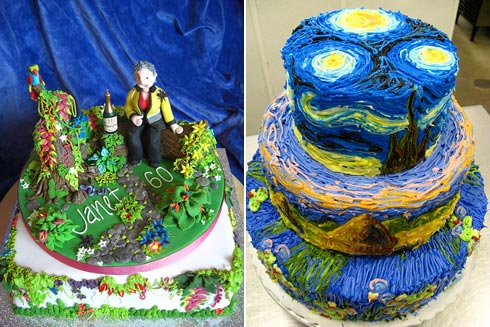 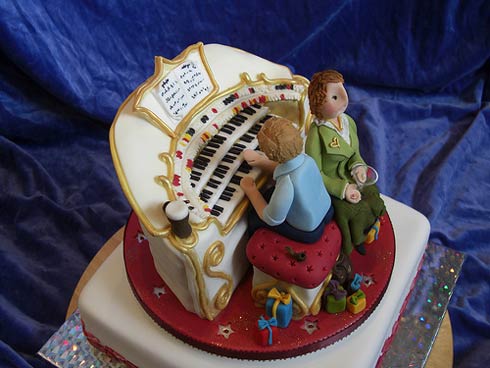 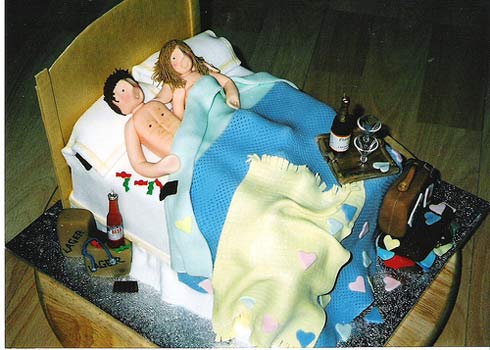 How To Make A Rainbow Cake!

This is guest post from Aleta Meadowlark from the deliciously written food blog Omnomicon. She was nice enough to let us share this post with the community. Make sure to visit the original post: here, for the recipe and all the images of this most colorful rainbow cake.

So I did mention something about health and/or diet food in my last post, and while this recipe is the latter, it is most certainly not to be confused with the former. The cool thing is that if you’re making something so distractingly colourful, people will think it’s delicious no matter what.

This presents me with the option to use an old Weight Watchers trick—the one-point cupcake. Except I’m making a cake and I created my own frosting. Kinda. I’ve seen it done before, but I swear I made it up first! 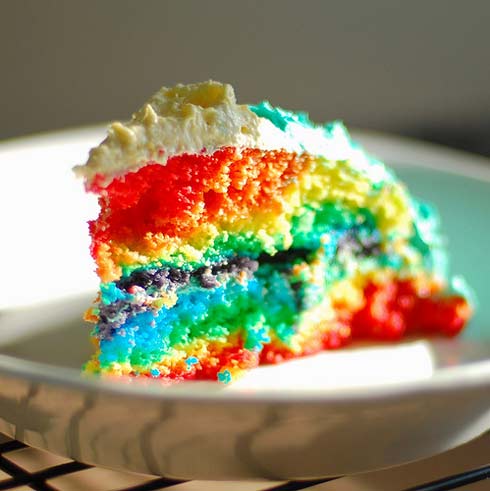 This cake is suitable for many occasions:

The Colors Of Elise Winters

"Through abstract form, luminous surface and subtle color blends, my artwork functions as a touchstone to the pleasures and mysteries of nature."

Using a technique she calls 'crazed acrylic,' "a subtle combination of polymer clay with acrylic paints which results in shimmering colorful surfaces," Elise Winters creates beautiful organic shaped jewelery in colors of subtle vibrancy. If they remind you of budding plants or reflections off a rippling stream, then she has "done her job," as she says about the inspiration behind much of her work. Her work also reminds me of corals with palettes of the most colorful creatures from the ocean deeps. 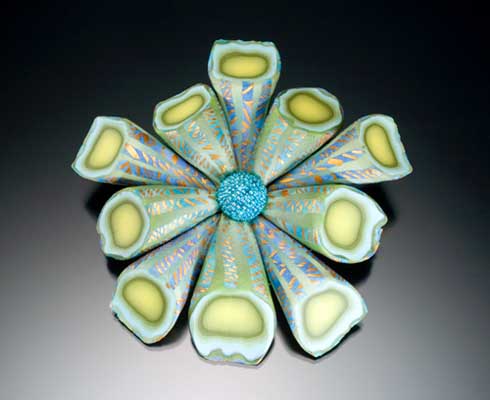